Coalition plans to put the health service on a new path of information revolution may be running out of time. Michael Cross reports

For decades, efforts to computerise the National Health Service proceeded without the necessary engagement with two crucial groups: clinicians and patients. Managers and civil servants tended to promote technology – patient administration systems, order communications, electronic medical records – almost as an end in themselves.

Little wonder that “lack of clinical engagement” featured so frequently in reports on project failures. And the few patients who thought about IT assumed, usually wrongly, that their GP’s computer was linked to the NHS as a whole.

But a series of top-level announcements last month could put the NHS information revolution on a new path, if given time. The health secretary, NHS medical director, and director of patients and information all set unequivocal targets for the NHS to get to grips with digital.

This time, the point of departure was information, not systems. That is good news for clinical and patient engagement. However, time may be running out for this government to put its plans into action.

Health secretary Jeremy Hunt’s announcement was the launch of MyNHS, a new feature of the NHS Choices website displaying the performance of hospitals, GP surgeries and local authority care services for the use of clinicians, managers and patients.

For his part, Sir Bruce Keogh, medical director of NHS England, promised to bring doctors on board the information revolution by compulsion if necessary, saying he was looking at “a series of inducements and penalties” to encourage all consultants to emulate heart surgeons and publish data on outcomes.

Meanwhile, the government announced it would back a private member’s bill enforcing the sharing of health and social care data.

The announcements coincided with the publication of a vision of an information-empowered NHS. Unveiling Personalised Health and Care 2020, Tim Kelsey, director of patients and information, said: “Our ambition is to make the NHS a digital pioneer for our patients and citizens.”

The framework – the word “strategy” is carefully avoided – is designed to help take forward the ambitions in the 2013 Government Digital Strategy and the Department of Health’s 2012 Power of Information report. It sets what Mr Kelsey describes as a “hard stop” ambition for all NHS-funded care services which are expected to have digital and interoperable IT systems by 2020. The result is a blend of vision and Groundhog Day.

The vision comes in such propositions as: “The ability for clinical decision support to be auto-populated with my existing healthcare information (my past), to take real-time feeds of my biometric data (my present), to consider my genome (my future) and to configure the questions that I need to be asked based on this information.” One example of such visions slowly becoming reality is the Dorset epilepsy service’s project integrating patients’ smartphone apps with hospital electronic medical records. 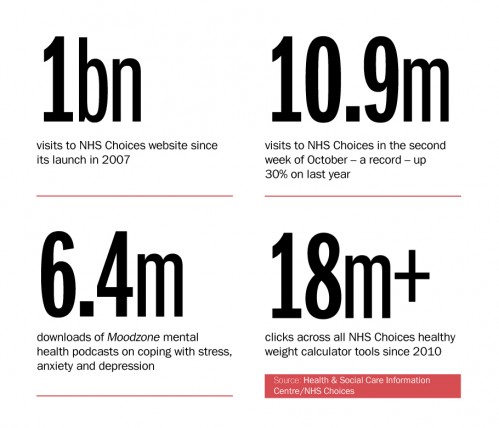 Yet, as ever in the NHS and social care, there is a considerable gap between the information pioneers and the rest. The Groundhog Day element of the framework demands that NHS institutions conform to the standard NHS patient number, essential for linking information, and a single system of coding clinical events, which is essential for comparing outcomes. These have been stated in successive strategies since the 1990s.

Like its predecessors, the framework commits to opening the NHS network to outside providers while maintaining security. Retail pharmacies will begin to have access to summary care records by June 2015 “with a view to a national rollout and then extension into social service providers and to nursing homes”.

However, unlike its predecessor strategies, the framework includes concrete measures aimed at building and sustaining public trust. This includes the appointment of Dame Fiona Caldicott as national data guardian for health and care, and a promise to place the role of the guardian on a statutory footing at the first suitable legislative opportunity.

Despite the obstacles, Personalised Health and Care 2020 is upbeat in its approach, even finding reasons for optimism in the lack of progress so far. “The good news is that as a ‘follower’ or ‘laggard’ industry, the health and care system has enormous potential to benefit from the experience and learning of others.”

The opportunity is now, it says in large letters. What it does not say is that in six months’ time a new government may want to put its own stamp on the NHS information revolution and, as the coalition did, put digital progress on hold, while it comes up with its own blend of vision and Groundhog Day when everything seems familiar. 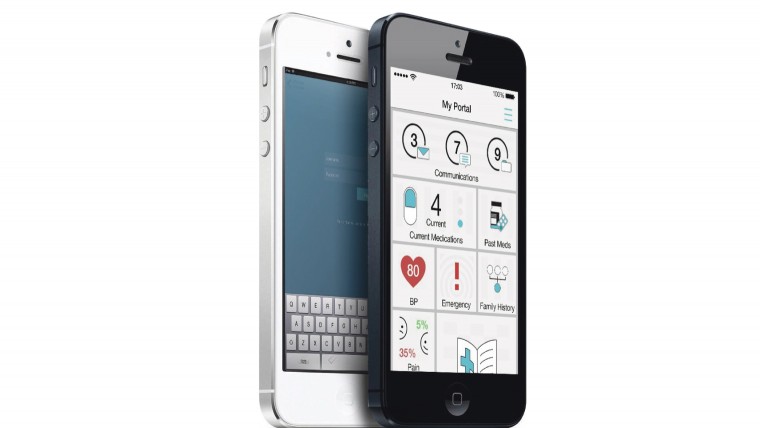 About one person in twenty will have an epileptic seizure at some time in their life. For some, this will be the start of repeated episodes, which are distressing and dangerous.

Yet four out of five people living with epilepsy can lead seizure-free lives, according to Dr Rupert Page, a neurologist who set up the Dorset Epilepsy Service in 2009. The key is prompt specialist intervention to ensure that medication is adjusted to the patient’s individual needs.

To make this happen, the service is working with the University of Kent and IT suppliers Graphnet Health and Shearwater Systems to integrate patients’ smartphone apps with their medical records stored on Poole Hospital NHS Foundation Trust’s electronic record system.

Such integration, which Dr Page believes to be a first, could be a boon to an information-empowered NHS, as more patients take control of their own health conditions.

In the Epilepsy Networks Project, which is due to begin in earnest next summer, patients believed to be at risk will be equipped with “seizure detection bracelets” linked to their smartphones.

If the bracelet’s accelerometers and other sensors detect that the wearer is having a seizure, a whole set of communications can be triggered. The phone’s screen could be locked with a message telling first responders what to do and the wearer’s location texted to a next of kin.

Most significant from a long-term treatment point of view, the seizure can be recorded immediately in the patient’s electronic medical record, to be flagged up the next time someone from the epilepsy care team logs in. Dr Page stresses that all this is with the patient’s consent.

Recording exactly when a patient has had a seizure is vital, he says, because it shows the medication is not working and that complex doses need to be adjusted.