As advances in technology provide better and faster computing tools, working at home or away from the office is set to take off

Back in 1967, BBC TV’s science and technology programme Tomorrow’s World hailed the arrival of Europe’s first home computer, installed in industrial consultant Rex Malik’s London house so that he could work from home. Mr Malik looked forward to a “robot housekeeper crossed with a private secretary” that could handle his diary, shopping list and accounts for a mere £30 a week. The reporter, Derek Cooper, explained that, according to experts, all homes would be this way in just 20 years’ time. Forty eight years later, that remote working dream is finally being realised.

On September 28, Jeremy Smith, chief technology officer at Jellyfish Pictures, the BAFTA award-winning visual effects studio behind Doctor Who and Line of Duty, tweeted a picture of himself working on a complex animation in a plane at 30,000 feet. You don’t get more remote than that.

The huge tectonic shift in what’s possible is data, cloud and engagement – the what, how and why of doing business

It was a remarkable feat for a number of reasons, explains Barry Daniels, president strategic alliances at cloud and networking pioneer Exponential-e. “Visual effects files are huge, so working on them over the internet is very difficult – it takes so much time to send a file, it risks being damaged. The problem for Jellyfish was that their central London studio was in some expensive real estate near Crossrail. Rents were going up and power demands on the grid meant they couldn’t increase their power supply. They were slowing down and their costs were going up.”

Exponential-e created a small private cloud for Jellyfish – high speed, huge bandwidth and easy to access – meaning its staff could produce animation and motion graphics on any device from any location in the world, and expand globally without the constant need for capital investment.

The huge tectonic shift in what’s possible, argues Danny Wilks, IBM’s business unit leader for social business and smarter workforce, is data, cloud and engagement, which he describes as the what, how and why of doing business.

“The ‘what’ is about the data, the new natural resource and source of competitive advantage,” he explains. “The ‘how’ is how you deliver it, which means essentially the cloud delivering insight and growth, and the ‘why’ is about meeting the changing expectations of employees, customers and consumers.” 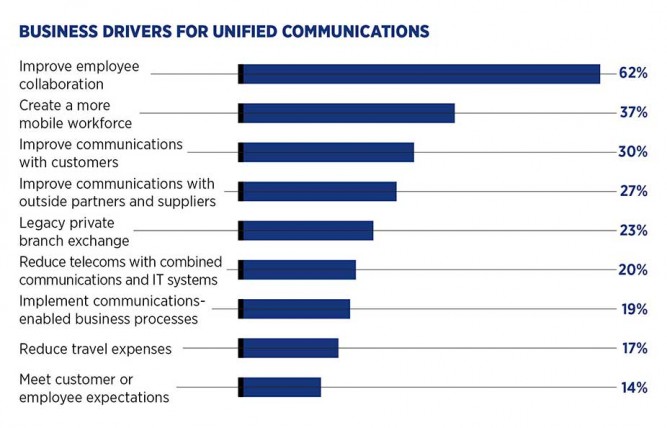 IBM has recently developed Verse, an intelligent messaging system aimed at replacing e-mails in a cloud based enterprise. Using its Watson supercomputer, Verse prioritises messages and avoids tedious reply-all or round-robin e-mails. “There’s no point replicating 20th-century client server structures,” Mr Wilks points out. “If you’re trying to organise a meeting – everyone’s diaries are on the cloud, room availability is, so let Watson do it.”

There are problems. “Speed and quality are often sacrificed when we work from home,” according to Yahoo chief executive Marissa Mayer, who has banned Yahoo staff from remote working to boost the innovative ideas buzzing around her Silicon Valley HQ. Over at Salesforce, the customer relationship management software service specialists, they think they’ve hit on the solution.

“The problem with remote working is how do you propagate a company culture when most of your employees are rarely in your office?” says Raj Mistry, Salesforce senior vice president. “In a world of Facebook and LinkedIn, people are already used to feed-based social networks which are a great way of building a culture.”

In spring 2012, Salesforce introduced Chatter, an internal social network. Everyone is connected and the most influential employees – judged not by the number of posts, but how colleagues respond – are invited to chief executive Marc Benioff’s quarterly offsite retreat with the company’s top executives.

Over the past three years, Chatter has been rolled out to Salesforce clients and each roll-out has linked back to the mothership so hubs of collaboration evolve around individual clients with client and Salesforce staff “chattering”. Not only can a sales team get expert tech help within minutes, Salesforce client GE has extended Chatter to customer Japan Airlines to allow experts to monitor jet engine performance. 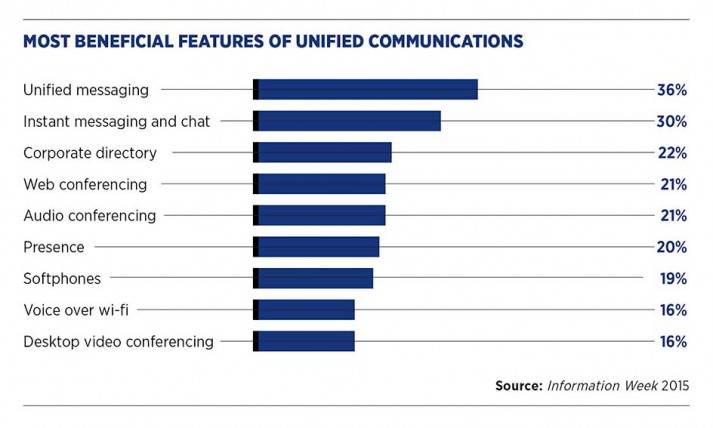 And it’s expertise that’s key. “The only problem with all this data is that no one really knows what to do with it,” warns Jim Steele, chief customer officer at InsideSales.com. “Companies have been gathering truckloads of the stuff, but only really analysing around 3 per cent of it. Collaboration relies on good data analytics.”

Last month, InsideSales launched its predictive analytics software that trawls through clients’ data and suggests its best response. “You can be sitting on a beach in Bali and the software can tell you which is the best number to call to get the best response on a new lead,” Mr Steele explains. “It’s about making everyone an expert.”

Of course, the Tomorrow’s World story was all about tech improvements which, according to Kevin Wen, president of networking equipment giant D-Link Europe, have not been improving as quickly as forecast either in 1967 or even as recently as ten years ago.

“Slow tech means some companies who had tried pioneering flexible working then retreated from it,” he says. “But there is a wave of new technology that will help solve a lot of the problems which made things difficult. When it comes to mobile working, 3G is slow, congested and overloaded; 4G allows for data-sharing, but 5G, arriving in the next few years, allows for real collaborative working, video conferencing.”

Mr Wen also point to technology improvements around, for instance, the smart home, which will make it easier for companies and employees to operate remote working. Smart electricity meters, for example, will help employees and companies understand the time an employee has spent working, but also help the employee have the company cover their home-working costs with billable hours of electricity use.

Employees are getting ready for this change. Harry Campbell is an aerospace engineer in Los Angeles, who works from home for Boeing. He also drives for Uber and Lyft. “The future is portfolio jobs – people having multiple income streams,” he says.

“Remote working really means companies staff up or down according to demand. It’s important for employees to be able to deal with that. Uber’s remote working is simple – you switch the app on, you’re ready to work. The minute you want to stop, you switch it off. I can work when I need more money and stop when I’m tired.”

As an Uber-Lyft driver, he does have one tip – follow the alcohol. “If you want a guaranteed time to earn money, switch the app on when the bars close,” he explains, proving that no matter how high tech we get, some things will never change.

1. Keep it simple – no complex log-ins or VPN keys. People are busy. Make it as easy as sitting at your desk and turning on your computer.

2. Get the right secure technology in place. Will your system work at the right speed with half the workforce accessing remotely?

3. Establish a golden hour, either daily or weekly, where you can get hold of everyone all at once if necessary.

4. Don’t use traditional e-mail – inbox hell will slow you down. You need some sort of smart messaging application that can help staff prioritise.

5. It’s better to talk too much than too little. Keeping employees engaged with clearly defined goals helps stop people drifting away.

6. Don’t procrastinate. In an office, you can bump into someone at the water cooler or go to their desk if they’re not getting back to you; remotely, not so much. And that can be frustrating. Reply to requests quickly.

7. Use social media, either internal or existing platforms, to build community and creativity. Incentivise people to take part with rewards or gamification.

8. Keep it all in one place – mobile phone users spend most of their time on three apps. Mobile workers should only have a single app for the office.

9. Make the most of video conferencing. People’s faces reveal an awful lot, so try and see them as often as possible.

10. But always have difficult conversations and meetings face to face. There are certain things that should never be discussed remotely.