With the power of data analytics, chief information officers are enhancing business decision-making as well as better understanding customers’ preferences

Data has always been key to the chief information officer’s role. Over the years, though, the CIO’s job has become less about simply storing and managing that data, with the focus moving to exploiting it for business value.

Meanwhile, with the advent of the internet and social media in particular, the amount of data available to an organisation has exploded. This has meant huge opportunities – at least in theory.
“CIOs didn’t really understand what was going to happen. They saw a big explosion of data and thought ‘This is great’,” says Mikael Bisgaard-Bohr, vice president of marketing and business development at Teradata International. 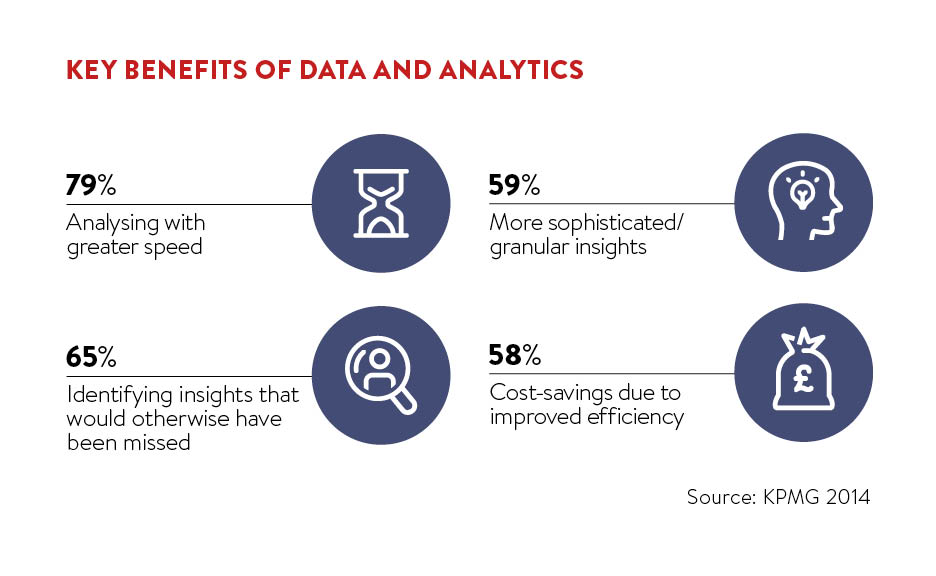 “What nobody really understood was that the explosion of data was so great that companies couldn’t manage their data with the traditional paradigm. The amount of data is growing at 50 per cent a year and if the IT budget is growing at 2 per cent, at some point that breaks.”

The answer is analysis and visualisation tools that transform a haystack of unstructured information into actionable insights, allowing CIOs to define as well as deliver business objectives.
The earliest applications have been in marketing, but data and analysis (D&A) is gradually spreading its reach into research and development (R&D), supply chain, human resources and finance. And motivations are changing too, with more than a third of organisations telling KPMG that sales growth is the primary driver, compared with just one in six citing cost reduction.

While KPMG research indicates that 97 per cent or organisations are now using D&A in at least one area of the business, it’s not an easy transition. Even now, only 19 per cent of organisations say they are very satisfied with the insights their D&A tools provide. Fewer than a quarter say they currently use D&A to identify new revenue streams, three in ten that they have used it to drive individualised marketing and 16 per cent to predict future trends.

The financial sector, for example, shows something of a divide in its use of D&A. Insurers have become enthusiastic adopters, with Aviva introducing an in-car app that monitors the driving style of its customers and offering a 20 per cent discount on car insurance for careful drivers.

Banks, though, have been slower to take advantage of the new opportunities with nearly half telling KPMG they have difficulty translating their data into actionable insights.

“To a large extent, insurers are seeing big data as a means to overcoming their historic problems with customer visibility and then using this improved customer transparency to drive their business forward without the need for lengthy MDM [mobile device management] initiatives or significant legacy transformation,” says Rahul Singh, president of financial services with IT services firm HCL Technologies. 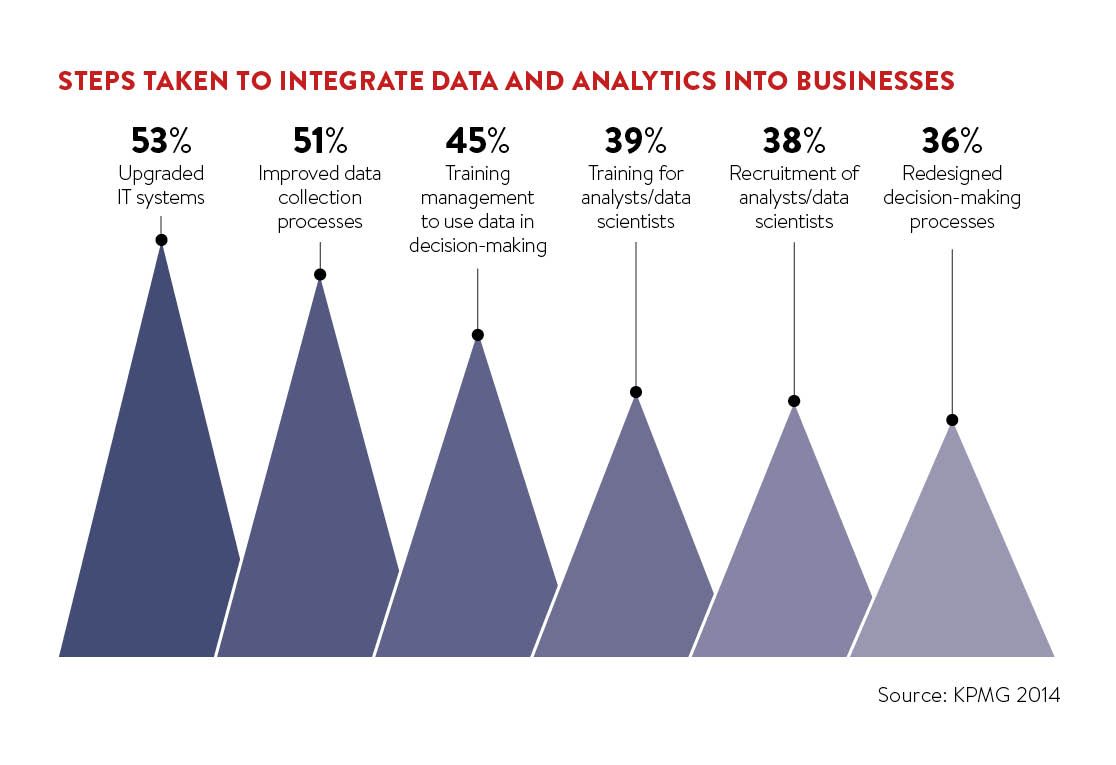 “In contrast, the banking sector has been much slower to get on board with big data, but we are now increasingly seeing banks embark on a big data journey to support their back-office operations.”

“By using customer data, banks can analyse the probability that a customer will take their business to a competitor, while early intervention can reduce this loss,” says Mr Singh.
“There are success stories where banks have been able to significantly increase customer acquisition through careful analysis of existing customer behaviour from both online and off-line sources.”

This data can be fed into a customer relationship management solution, giving the call centre more targeted leads, and then back to the teams building the customer touchpoints such as mobile and web applications.

“Customer data analytics has been successfully used to target customers with products that were more relevant to their individual requirements,” says Mr Singh. “The take-up rate from these targeted campaigns is significantly higher than the typical scatter-gun approach used without applying data analytics.”

Indeed, according to KPMG, data scientists are able to create credit scores that are almost 50 per cent more accurate than the banks’ own by looking at external data sources rather than traditional bank data, such as age, income or repayment history, to deduce actual customer behaviour.

“From the early detection of new risks to the ongoing monitoring of controls and systems, D&A can help organisations and their boards significantly reduce their risk profile,” says Paul Tombleson, a partner at KPMG.

“In the financial services sector, for example, organisations are using advanced analytics to not only monitor conduct risk, but also to predict – and then avoid – potential mis-selling situations. The more advanced organisations are then using the same data to develop new products, identify new markets and improve their customer experience.”

In some cases, the clever use of D&A enables an organisation to create whole new lines of business. Machinery manufacturer John Deere, for example, has added sensors to its tractors that share information, allowing farmers to decide how deep to plant or when to harvest on the basis of weather and soil conditions.

Similarly, D&A is revolutionising maintenance as machinery is able to monitor its own performance, with analysis tools predicting likely failure.

“Instead of scheduled maintenance, you can sell a jet engine that’s guaranteed for x per cent of hours of flight and do it at a lower cost than before,” says Mr Bisgaard-Bohr of Teradata International.

Meanwhile, supply chains can become more streamlined as there’s less need for “buffer stock” when it’s possible to predict accurately when products will run out.

According to KPMG, 86 per cent of organisations say D&A has helped them make faster business decisions, two-thirds that it’s helped them cut risk and eight out of ten that they can make more accurate decisions. A quarter, though, say they’re hitting the jackpot by using it to identify new revenue streams.

And it’s this opportunity that can shift the role of the CIO from one of supporting the business to actually driving its direction. From its traditional position as a cost centre, IT can even become a profit centre that can identify and directly monetise new areas of business.

“Data has moved from being a by-product of your business to one of the key ways you innovate your business,” says Mr Bisgaard-Bohr.

“Some CIOs, the proactive guys, get closer to their business and find a new mindset that’s not just about cost-reduction and discover the opportunities, and they will have the strong positions in their companies.”