As younger generations lead the surge in smartphone usage, a mobile site is now a must for any online business 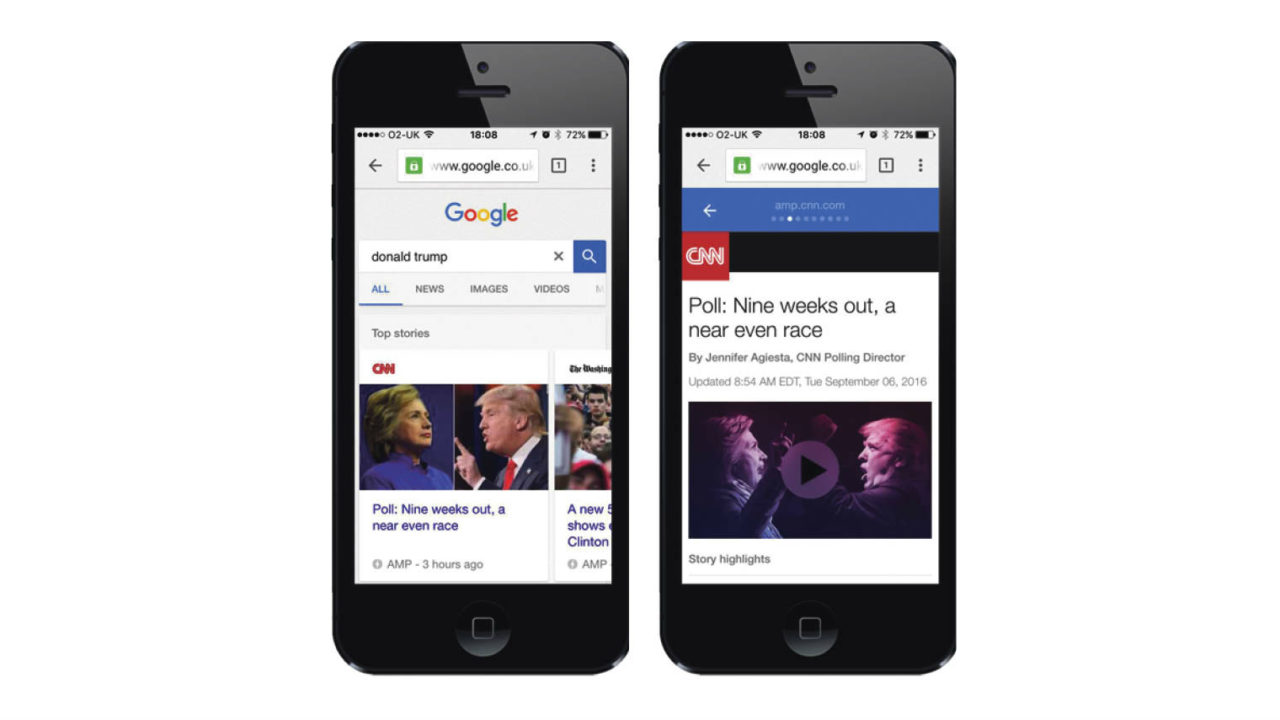 Mobile represents the future for any business with an online presence – it’s that simple.

PCs and laptops will still be significant for some time to come, but the growth of mobile means that businesses which fail to cater for this user group face losing half or more of their potential customer base.

Ofcom found that the 16 to 24 age group is primarily responsible for the growth in smartphone usage, so the direction of travel is clear: mobile internet usage is growing and will continue to do so.

The two major ways in which mobile optimisation matters are visibility in search engines and the conversion of visitors into customers. Search is the main acquisition channel for most online businesses. According to a Conductor study, 64 per cent of web traffic comes from search engines.

Mobile search is growing too. Last year Google announced that of the 100 billion searches it deals with monthly, more than half now come from mobile devices.

Google has been pushing mobile optimisation in a big way recently and its dominance of the search market means businesses must pay attention. Google is sending clear signals that visibility on mobile search is dependent on optimising for mobile users.

The biggest such signal was the introduction of a mobile-friendly algorithm in April 2015, which uses factors such as whether text is easy to read and the speed of loading the site on mobile devices to rank mobile search results.

The drive towards mobile has continued and Google launched the Accelerated Mobile Pages (AMP) project that strips out elements which cause web pages to load more slowly on mobile, such as ads from third-party servers. Sites that implement AMP will load faster and publishers using it are featured more prominently in mobile search results. 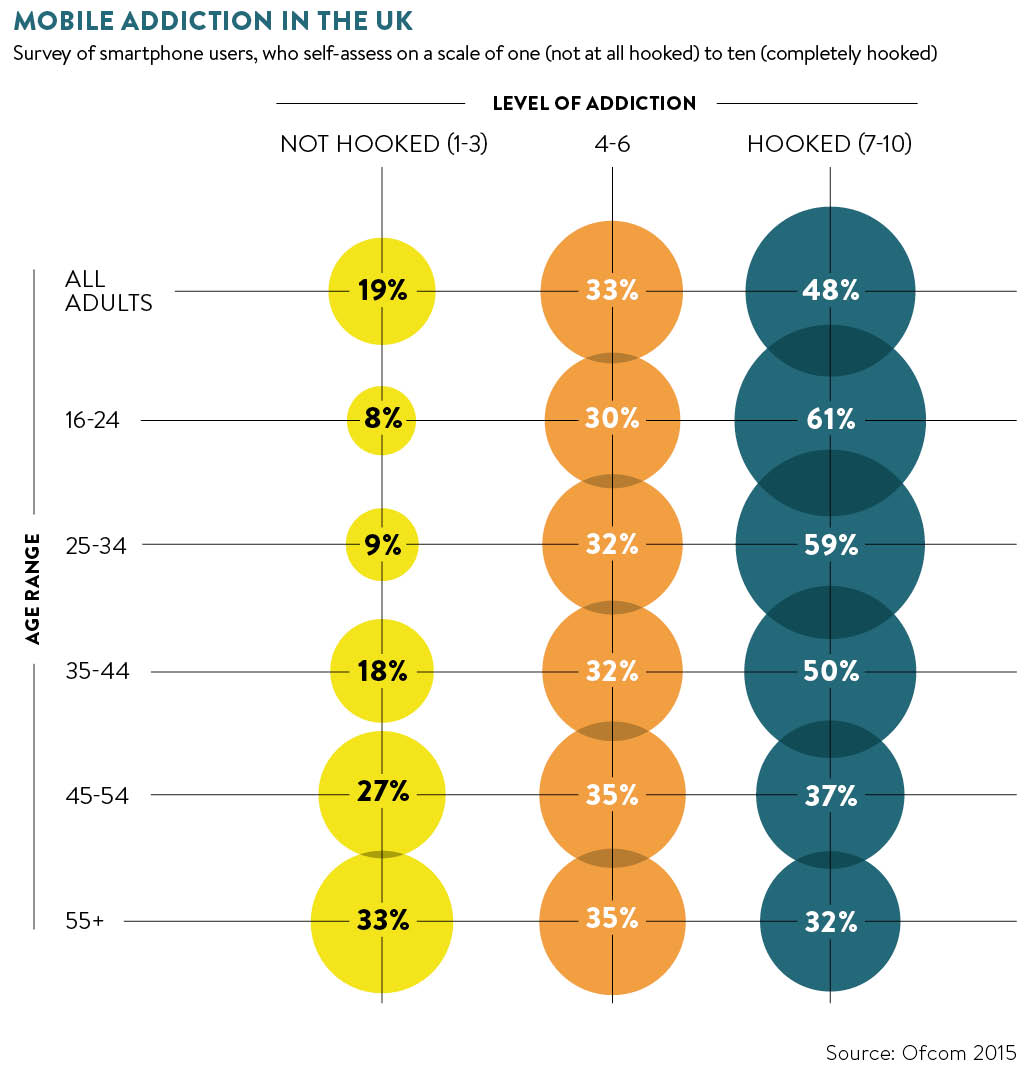 If businesses want to be found by mobile users on search engines, a mobile-optimised website is a must. A good starting point here is Google’s Mobile Friendly search tool, which tests how your website performs on mobile devices and offers feedback on issues that may harm mobile rankings.

The other key factor is the ability to convert visitors into customers and this will depend on how well a site caters for different devices. Typically, conversion rates on mobile are lower than desktop, because it’s often easier to carry out tasks such as completing forms and entering payment details on a larger screen.

Businesses need to identify points of friction for mobile users and find solutions to make it easier to buy from mobile sites. Often the solutions can be found in mobile technology. For example, Booking.com allows users to scan card details using a phone’s camera to take some of the work out of form filling.

User intent is very important here too. Effective mobile design doesn’t simply seek to recreate the main website to fit a smaller screen, but looks at how and why people use a mobile site or app.

Brands need to find out about their users. Which mobile devices are they using? What is the target demographic? What is the context of their visit to your mobile site? Which tasks are they looking to carry out?

For example, banks provide apps and mobile sites to allow customers to check their balances and carry out key tasks on the move, while some retailers will optimise their sites according to the most common user requirements.

There’s scope for increased sophistication in future too, as mobile users provide a lot of contextual cues which brands can respond to. These include location, time of day, and factors such as the type of connection: wi-fi or mobile internet.

Another example is a retailer could detect that a user is near their physical location and tailor content to them, showing local product availability, offers or directions and store information.

Many of the brands that are now seeing results from mobile spotted its potential a few years ago and invested time and resources into the technology required. Two such companies are Schuh and Domino’s Pizza.

Domino’s recognised the context in which many users ordered pizzas and the importance of mobile to this. It’s about convenience and ease of use, and the company has invested in mobile sites and apps to provide this for customers.

These features include an “easy order” system, whereby users can place a pre-defined order with one click, and the pizza tracker, which tells hungry customers when their order will arrive. Saved payment and address details take the work away from ordering and help to increase customer loyalty.

This mobile focus has paid off for Domino’s. In the 26 weeks to June 2016, mobile sales grew by 35 per cent and mobile accounted for 62 per cent of total online sales.

Schuh has also thrived by ensuring that the foundations of its mobile strategy are solid before adding more advanced features. Its deputy head of e-commerce Stuart McMillan says the biggest untapped potential in mobile is actually pretty obvious as many mobile-user experiences are broken and most sites are leaving money on the table through poor usability.

“Mobile web should be a shopping experience par excellence,” he says. “But it needs to start with the basics. Is the site well constructed, fast, accessible? Does it make sense? Can your granny use it?”

Schuh’s mobile traffic has rocketed since around 2012 and now represents perhaps the most important single channel. Some 42 per cent of its transactions now come from mobile, while 89 per cent of mobile consumers have only shopped through their mobile devices. 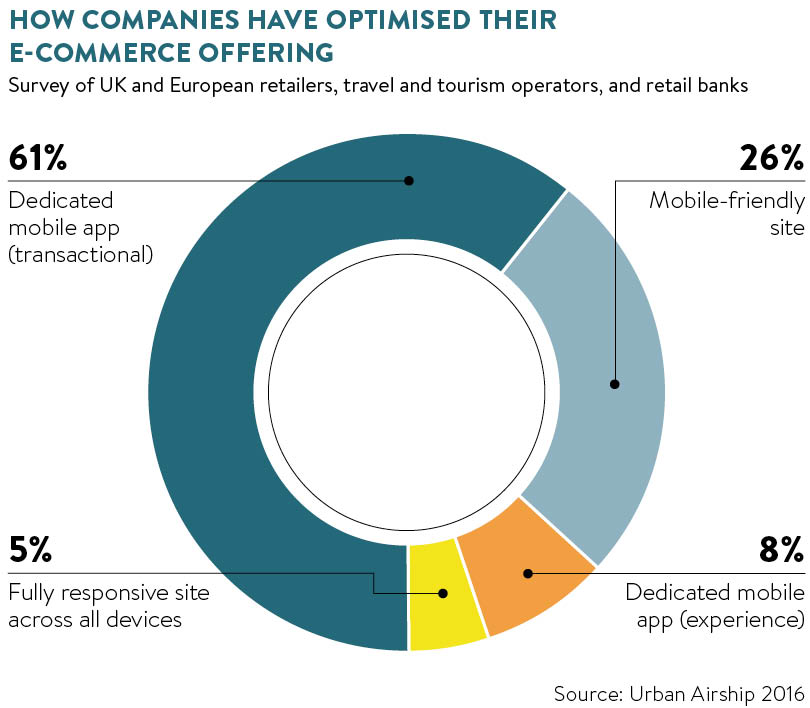 However, no channel exists in isoltation and mobile has a vital role to play in a multichannel experience. Mr McMillan refers to mobile as “multichannel glue”.

“While mobile conversions are generally lower than desktop, our data shows us that customers are carrying out a wider variety of tasks on mobile. They are more likely to look at the store locator, and more likely to use click-and-collect services. Mobile customers are on the move and their needs are often more urgent,” he says.

A mobile site or app needs to be effective in converting visitors, but should also work with other online and offline channels

The oft-mentioned customer journey is key, though Schuh have found that the typical journey doesn’t exist and the aim should be “a web experience that makes sense no matter what journey you take, connecting sessions across devices and across time”, says Mr McMillan.

He adds: “They want to browse on desktop at lunchtime, continue on the way home on mobile, then place a click-and-collect order at 9pm that night on their tablet and pick it up tomorrow lunchtime. And so on.”

The lesson here for online businesses is that mobile is no longer simply a box to be ticked. Instead mobile should be at the centre of any online strategy. A mobile site or app needs to be effective in converting visitors, but should also work with other online and offline channels.

Companies such as Schuh and Domino’s have spotted this, and are now in a position to improve the omnichannel experience further. At the same time, some of their rivals are still working on the basics.