New rules banning sexist depictions of women cleaning and men struggling to change nappies will force advertising to be more creative, instead of relying on harmful, outdated stereotypes 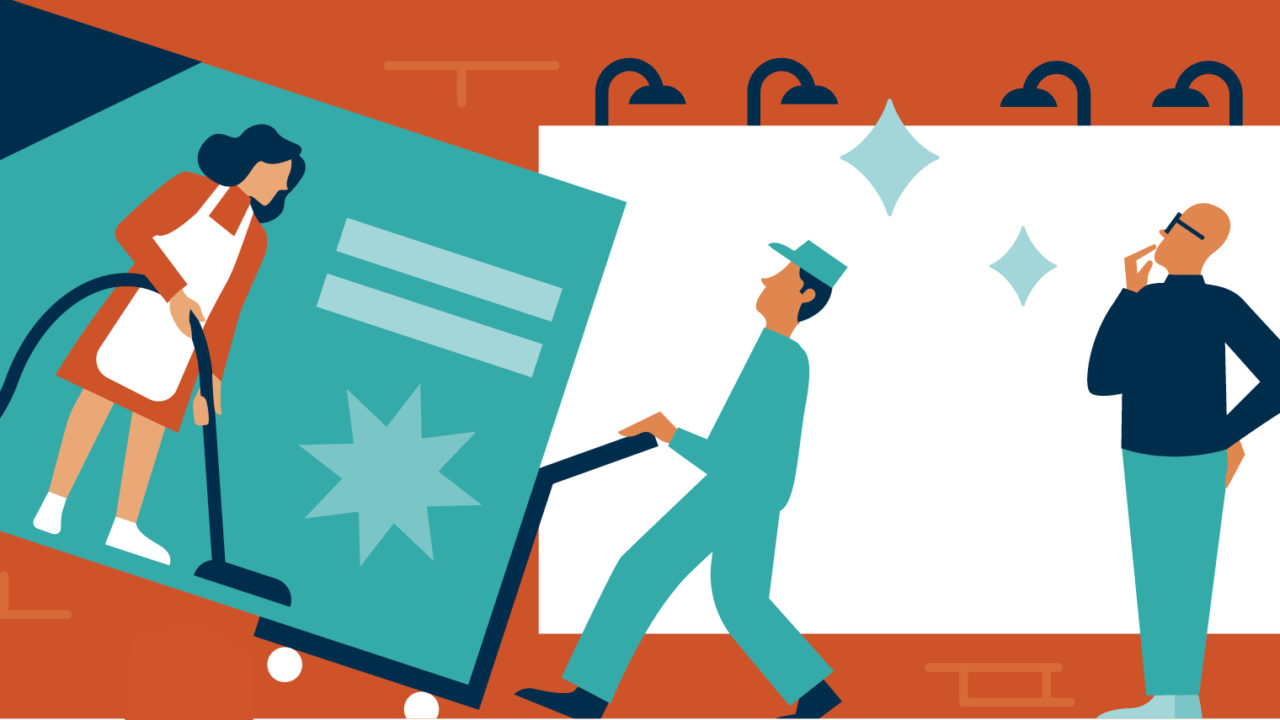 June 14 is a date that many in advertising have marked in their diary. After this day, depicting harmful gender stereotypes in advertising will be banned. No more depictions of a man or a woman failing to achieve a task specifically because of their gender, whether it’s parking cars, changing nappies, house cleaning or doing DIY.

“What the Advertising Standards Authority (ASA) has done is very welcome. It’s time for us to wake up to the harm that gender stereotypes in advertising can do. Limiting girls’ horizons and career choices, objectifying women and causing them to self-harm, legitimising violence and aggression in boys and inhibiting dads’ caring roles,” says Sam Smethers, chief executive of the Fawcett Society.

Generation Z is leading the way and redefining gender, making a traditional binary understanding feel outdated and out of touch

New ruling is going to prompt brands to think harder

Gender is a very sensitive topic. This new ruling could challenge brands to rethink ads. The great thing about UK advertising is how subversive it can be; how it holds up a mirror to society. It is not as shiny or as aspirational as American advertising. Poking fun at the real inequalities between the sexes in British life, although outdated, has been used in ads for decades.

Over-simplistic assumptions have allowed past campaigns to hit hard in seconds. There’s been a commercial imperative to doing this, binary imagery works quickly, but by June it’s all change.

“New ads should not harm, mislead or offend; widespread offence is the benchmark here. The review and the research we did found that we need to take a tougher position on ads that feature gender stereotypical roles,” says Ella Smillie, gender stereotyping project lead at the ASA’s Committees of Advertising Practice.

“You have to question why we’re laughing at gender stereotypes in advertising. We should be laughing with them, not at them. Come June, yes of course you can still show a woman at home getting kids ready for school and the man getting ready for work. Yet the role of the individual is important. The overall context and presentation is crucial too.”

The advertising industry still has a way to go. A recent worldwide research study shows that ad portrayals are rarely aspirational or authoritative for either gender, according to Kantar’s AdReaction. The report insists the “gender zeitgeist has overtaken many brands that are still operating like it’s 1999” and that attitudes need to change.

“We need to ensure advertising has a broader appeal. The ban is to be applauded. The initial focus will be on the flagrant fouls. Debates about more subjective grey areas are also likely to be informative, as more people stop to consider what other people may find offensive,” says Duncan Southgate, global brand director at Kantar.

The ASA’s push is not the only one. There are other campaigns looking to eliminate outdated stereotypes in advertising, such as that by Unilever, convened by UN Women and called the Unstereotype Initiative. The aim is to eradicate diminishing portrayals of all people across advertising. Mars, Diageo, WPP, Ogilvy, Johnson & Johnson and P&G are some of its members.

“The reason our ads are now increasingly full of social justice themes is because that’s what people want, that’s the emerging cultural conversation now,” says Jem Fawcus, chief executive of Firefish. “Advertising reflects the reality of the world we all live in; we get the ads that we deserve. While yes I understand that regulation has its place, here may not be it.”

Will the ban stop ads with a social conscience too?

There could be an unintended consequence of the ban, where brands choose to step away from gender stereotypes in advertising or poking fun at all for fear of falling foul of the law.

“There’s a big difference between using humour to cement an existing injustice and using humour to challenge it,” says Stephen Frost, chief executive of Frost Included. “You can express a sense of humour and simultaneously fight systemic injustices such as sexism. These are not mutually exclusive.”

Having an advert banned post-June is also unlikely to go down well with the client or agency. For instance, Gillette courted controversy in this arena recently with an advert dealing with toxic masculinity head on with references to the #MeToo movement. It led to indignation from some, others threw away razors in disgust, yet the campaign also garnered praise.

“The ad generated a wave of negative social media response, but when we conducted representative gender portrayal research, we found that very few people thought the male characters were portrayed inappropriately. Key to achieving successful and gender-balanced ads is finding a way through the grey area of subjectivity and interpretation,” says Mr Southgate. 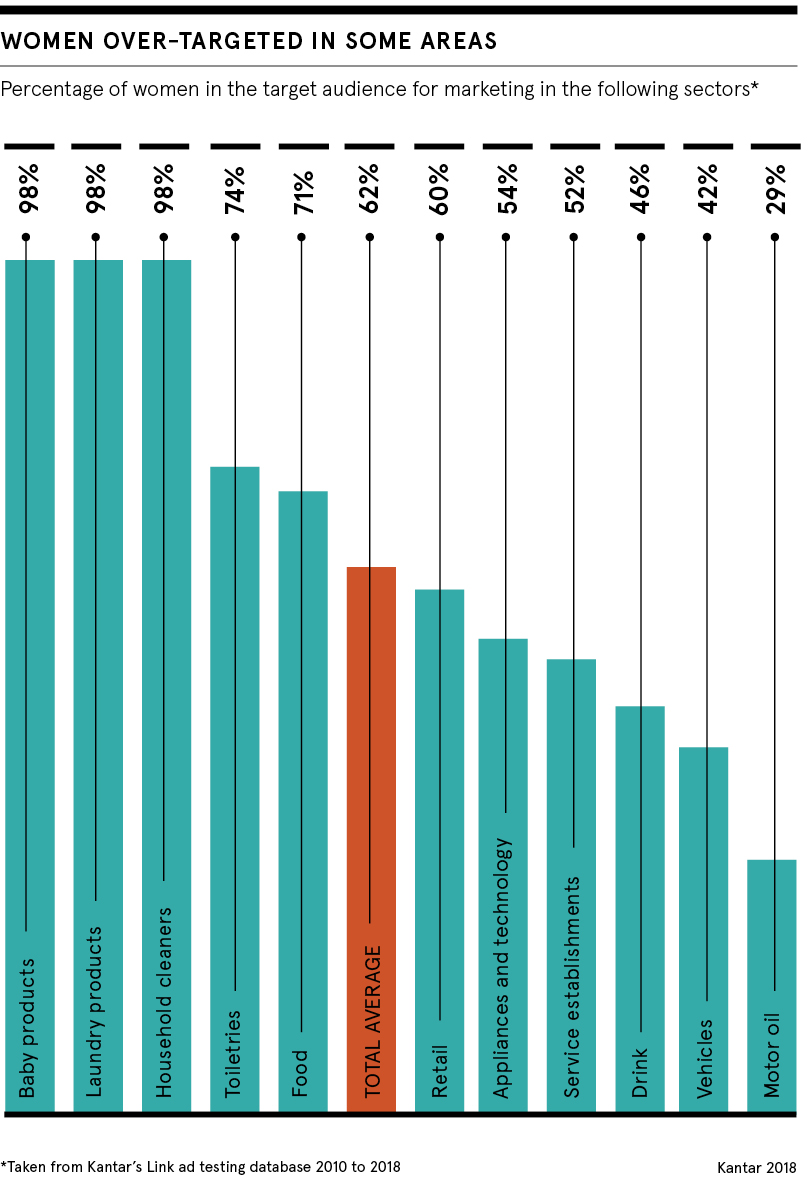 With the ban in place, the consensus is the advertising industry will need to work and think harder. Lazy marketing, grounded in any kind of stereotype, however true it might be, is yesterday’s marketing. It also belies a lack of current social understanding. Brands will need to be smarter in how they talk to customers and really understand their 21st-century needs.

“The conversation on gender is shifting and it’s time that brands started listening. Generation Z is leading the way and redefining gender, making a traditional binary understanding feel outdated and out of touch,” says Michelle Du Prat, executive strategy director at Household. “More than a third of generation Z strongly agree that gender does not define a person as much as it used to and brands will need to move on from a reliance on outdated stereotypes in advertising to stay relevant.”

The ban comes at a time when the advertising industry is already moving in the right direction. Ms Smillie said she expects very few ads to fall foul of the upcoming ASA reform. “Advertising agencies are already opting for more inclusive and subtle campaigns that resonate with the audience’s expectations for a fairer and less damaging view of gender roles. These campaigns are often highly impactful and do incredibly well, gaining traction and going viral,” says Majbritt Rijs, managing director of the numbers lab.

Advertising still has a long way to go

Perhaps this rethink should have come a long time ago; maybe the same could have been said of rules on smoking, alcohol and betting ads. Certainly, it will refocus minds. “When you have restrictions in place, you are forced to think creatively and that often leads to superior work. I think there’s a great opportunity for creative agencies to do exactly that, to become even more creative again,” says Danielle Bassil, chief executive of Digitas UK.

The battleground over gender stereotypes in advertising isn’t the last either as there are new ones emerging, with the lens of inequality focused elsewhere. “It is interesting to note that advertising around age is still trapped in a 70s-time warp. If you look at most ads featuring older people, it would appear that they do no more than tend to their allotments, buy hearing aids and go on cruises in the Mediterranean,” says Nick Cooper, global executive director at Landor Associates.

“No one is complaining about this because the voice of older people has not been as loud as that of gender. Yet we live in an ageing society, which is having truly profound effects on the population balance, the workforce, the role and worth of retirees, the funding of pensions, the distribution of wealth between generations, and other fundamental socio-economic topics.” So expect more on social injustice, a lot more.