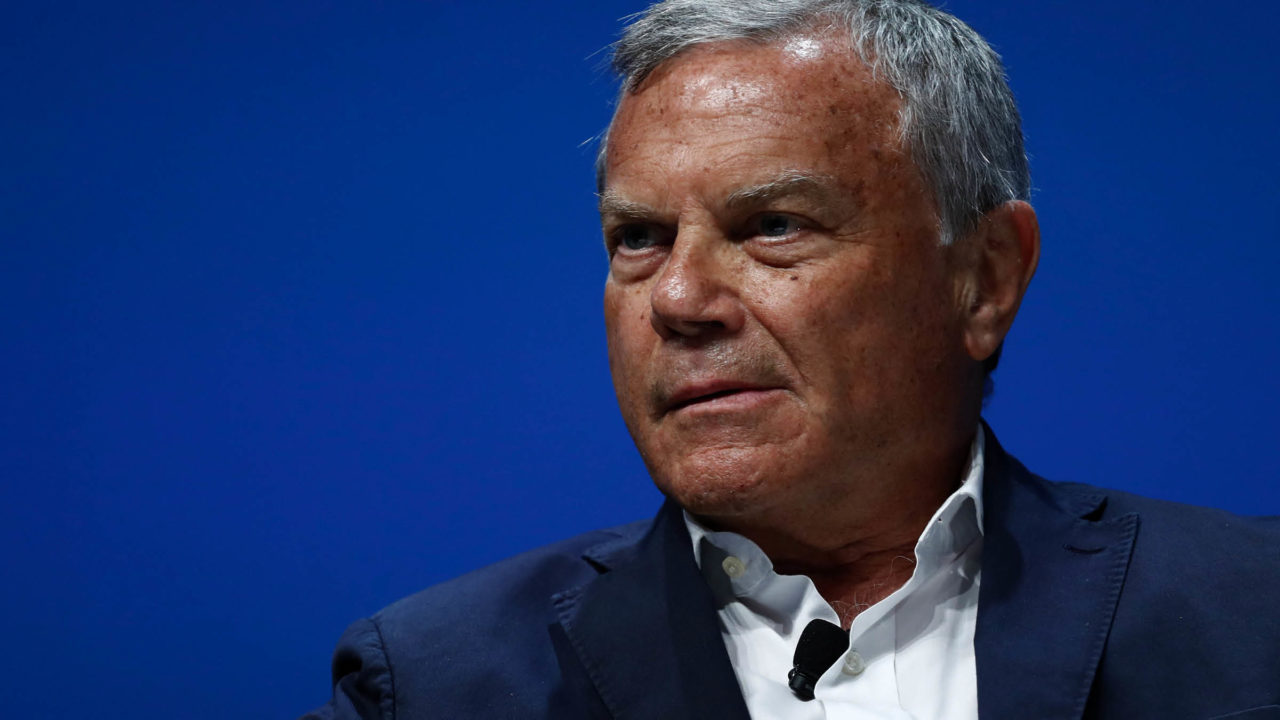 The best-known advertising mogul in the world is on a mission. He’s thrown off the WPP mantle, the global ad empire he founded decades ago, and is busy relaunching his career. This time creating a worldwide agency that’s laser focused on clicks rather than bricks and dedicated to a smartphone-wielding generation pumped up on social media.

Rising like a digital phoenix from the ashes of the analogue age, this resilient 74 year old deserves more than a modicum of respect. “From a personal point of view, I didn’t want to go and play golf,” says Sir Martin Sorrell when asked why he didn’t call it a day when he left WPP. Instead he’s started afresh creating S4 Capital.

How Sir Martin Sorrell disrupted himself

Formed last year, his pure-play venture already has an eye-watering market capitalisation of more than $1 billion and now employs 2,000 people in 26 countries. To date, S4 has an enviable roster of clients including Facebook, Google, Amazon, P&G, Nestlé, Starbucks and Coca-Cola. Certainly, there’s a lot the media and entertainment industries can learn from his reinvention.

Our mission is about developing a new-age, new-era model in a world where digital is dominant

“Our mission is about developing a new-age, new-era model in a world where digital is dominant. We’re trying to produce work that’s fit for purpose and fit for modern platforms, whether they are mobile, desktops or iPads,” he says.

Right now, every industry talks about digital disruption; in some ways Sir Martin has gone and done it, disrupting himself. He now talks in detail about serving two-second L’Oréal ads to Italian women on Facebook, because on average they spend 1.7 seconds at a time looking at posts. While he is also experimenting with virtual and augmented reality, as well as artificial intelligence.

A far cry from yesteryear when he handled accounts focused on hugely expensive, singular paper and TV ads aimed at mass coverage and consumption. “Today, online is very much about personalisation at scale, for example we worked with Netflix creating content for Narcos, their latest crime series, by producing 1.6 million different potential ad executions. In all we probably used about 60,000 to 70,000 of them intensively,” he explains.

“Netflix gave us video material, we inject creative content into it, we then watch what you as a consumer are doing online. If you’re on a business news website, we will serve you an advertisement that compares Narcos to a corporation. If you are on a fitness site, we will compare Narcos to a fitness programme.”

His digital-only firm worships at the altar of a new holy trinity of first-party data, content and programmatic, best described as serving ads to the right people, in the right place, at the right time.

“We observe and analyse client data on consumer behaviour; this allows us to generate appropriate digital advertising content, which we then distribute programmatically or algorithmically through digital platforms. This model will become more relevant in 2020,” says Sir Martin.

His other mantra is “faster, better, cheaper”. This resounds well with a digital market, where a paid social influencer can make or break a brand online at the speed of an Instagram upload. Real-time user data can also judge campaigns as a success or a flop instantly.

“The faster bit is all about agility, and better means a better understanding of the digital ecosystem. We try and achieve that by having a very good mix of young, enthusiastic and committed people. They aren’t particularly agency people; they’re people who understand production and creative output, and we have technology nerds,” says Sir Martin. 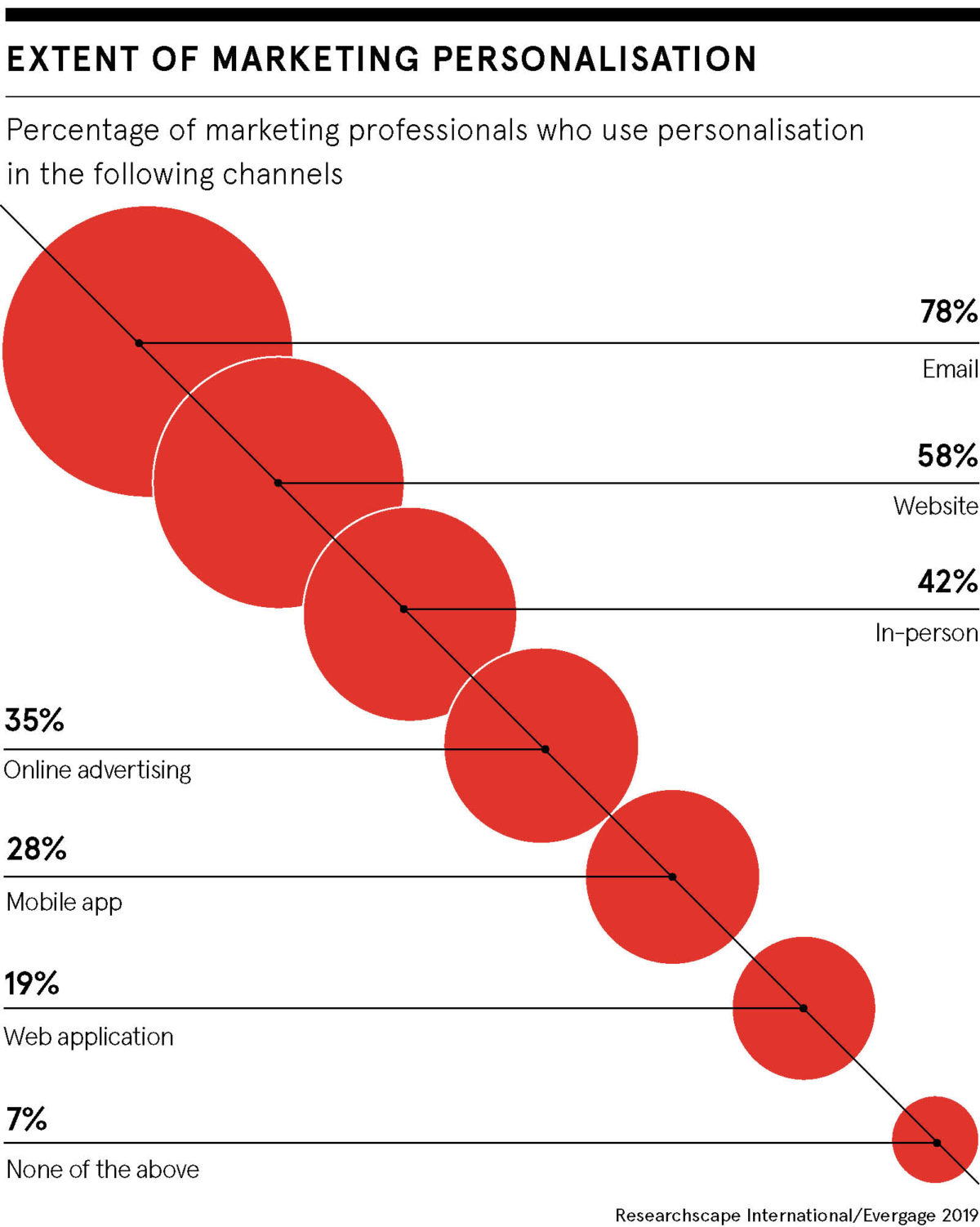 “If I look at our content side, the average age of our people is about 33, and on the media and programmatic side it’s 25, so it’s a young workforce. They’re always trying to learn what’s going on with the digital ecosystem, look at new things and experiment. We’re continuously trying to find novel ways of dealing with changes in the digital space, globally.”

Few long-standing bosses of legacy organisations get to create a new business model from scratch. But that’s what Sir Martin has done. Interestingly, instead of replicating the sprawling WPP model, S4 has been merging smaller agencies from Brazil to South Korea into a unitary structure.

He says this also reflects the merging of functions within many organisations. In the digitalised world, sales, marketing and IT are increasingly part of a fluid mix. “It’s really important inside any client organisation to be able to combine these activities because they all now affect one another and encroach upon one another,” Sir Martin explains.

The aim of S4’s meteoric scaleup is about competing with heavyweights on a global scale. In December 2018, he bought San Francisco-based programmatic advertising firm MightyHive with a price tag of $150 million. They use algorithms to buy and sell online advertising space in real time.

And in July this year S4 took over Dutch digital agency MediaMonks for an estimated $350 million, with Sir Martin outbidding WPP in the process. This was widely viewed as the point when he returned to the top table of the advertising world.

“We don’t think the traditional agency model is organised effectively for the needs of today. I wrestled with trying to run one for 33 years or so. Traditional agencies are too vertically organised, too siloed and they continue to be organised in a way that prevents people working together,” he stresses.

“What clients want is the best people working on their business and they don’t care where they come from. So making sure you have a unitary structure, that’s not fragmented, that’s not vertically driven, but which is horizontally driven is really important.”

His company hasn’t finished its buying spree. Last month, S4 finalised the $150-million purchase of Firewood, the largest digital agency in Silicon Valley, which boasts key clients such as Google and Facebook.

Dealing with the fearsome five

Cosying up to big tech, the “fearsome five” as he calls them if you bolt on Amazon, Alibaba and Tencent, or his “seven sisters” if you add Apple and Microsoft into the mix, is paramount. Why? Because they dominate the digital universe.

“What’s surprising is the stability of these big platforms and very few break in. What’s really interesting is the growth of ByteDance and its social media app Tiktok; they’ve hit the big time now. Yet the ecosystem of players isn’t changing as rapidly as we would have anticipated,” says Sir Martin.

Traditional agencies are too vertically organised, too siloed and organised in a way that prevents people working together

“What also astounds me is we’re continuing to see the growth of these platforms at a prodigious rate. In 2020, there may be a softening of global economic growth, but in the process, digital transformation will become even more important because clients will look at their businesses and say they have to get on with it even if it’s disruptive. They’ll say they might as well do it because things are going to slow down anyway.”

All this bodes well for S4, which saw a 54 per cent rise in revenue for the third quarter. Sir Martin has described his nascent company as morphing from a peanut into a coconut and now ripening into a pumpkin. So what is the next edible analogy, come year-end? “We will have to settle on something else,” he exclaims. “I don’t know what we will find.”