As personalised advertising continues to evolve, consumers are increasingly dictating what ads they want and when they see them. So how do brands hope to stand out if consumers have all the control? 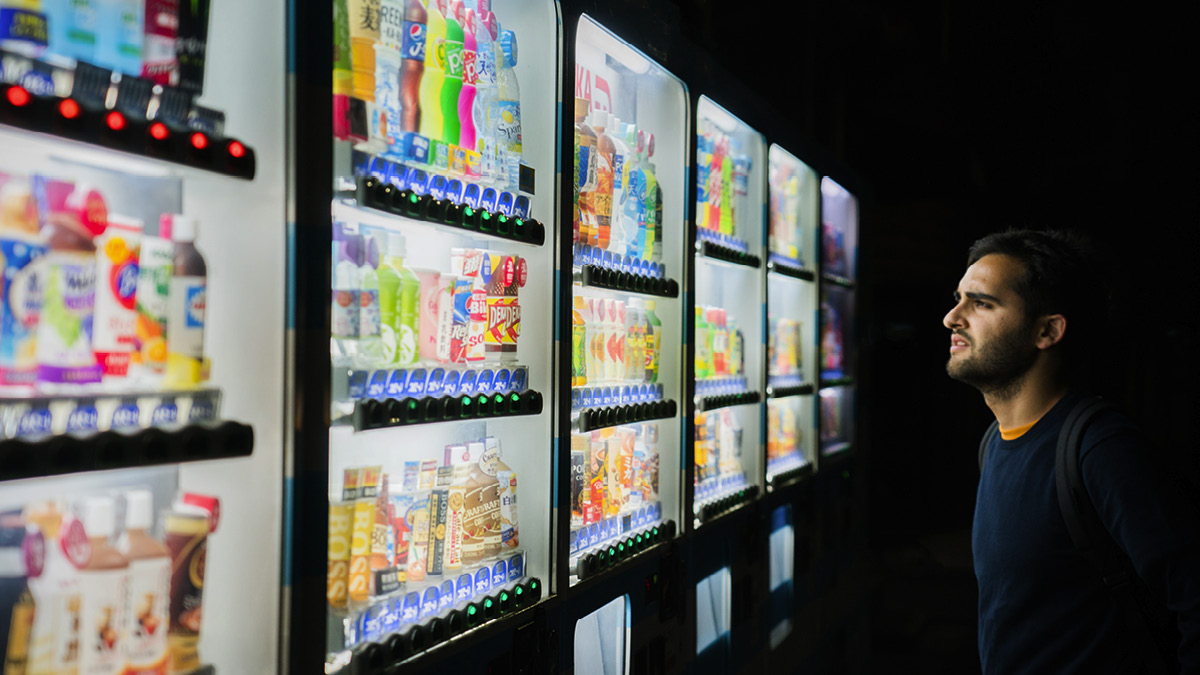 The rise of hyper-personalisation, targeted ads, addressable TV, ad-blocking and even the ability to skip adverts on YouTube means we have some control when it comes to the advertising we see. On some streaming apps, we can even choose which ads to watch before our programme starts. But is this new method of advertising here to stay or just another fad?

There was a time when advertisers could reach a mass audience through a small number of established, high-visibility media channels. But over the last three decades, digitalisation has changed how and when we view television series, news programmes or social media feeds. This media fragmentation has given people infinite options.

Brands can no longer reach a large audience at once

“It’s much harder to get broad exposure to brands than in the past when everyone watched the same few television channels in the evening and that was really the only option in terms of media to consume,” says Dr Rebecca Walker Reczek, associate professor of marketing at Ohio State University Fisher College of Business.

“Now brand marketers really have to think about where and how to reach their target audience by thinking about the media an audience consumes, which is often not broadcast television.”

What’s more, consumers increasingly expect brands to seek them out where they are. So as people change how they spend their time by, for example, moving from Facebook to Instagram, brands have to update and change with them, Walker Reczek adds.

Will more limited or targeted ads mean brands are more likely to struggle to get the sort of reach they previously had when it comes to improving brand awareness? And will this make customers more, or less, receptive to brands?

For brands to become big, famous and trusted, they need people to have a shared understanding of what they stand for, says Louise Whitcombe, head of customer engagement at Ogilvy, a global advertising and marketing agency.

“Historically, this has been achieved through mass-reach marketing channels such as TV advertising,” she says. “But if consumers can get a sense, from the digital environment they inhabit, that a brand is a major player, and other people know and trust it, then brand fame can be built there too.”

So, will consumer control continue to increase in the coming years? “The consumer is very much in control. And needs to be for platforms to survive,” says Jai Kotecha, managing partner, head of social and content, at Ogilvy. He points out that “banner blindness” exists online and people are tired of being advertised products they have no interest in.

Over the last two decades, research has shown that internet users have learnt partially to avoid looking at online advertisements on websites. The extent to which people actually avoid ads is part of an ongoing debate. But people are less likely to overlook targeted ads that are actually relevant to them. This could represent an opportunity. As Kotecha says: “The power is back with the eye-catching creative.”

Choice and control are two things consumers generally like to have, across many domains, says Walker Reczek. She argues people are likely to feel less frustrated when being forced to watch an ad through a streaming app, for example, if they have a choice about which one to view.

“I expect this trend towards giving consumers a choice in these settings will continue. It may even produce benefits for the brand, as consumers could evaluate a brand more positively if they have the sense they ‘chose’ to watch the brand’s ad,” she says.

Brands need an audience beyond their customer base

So how far can the concept of targeted ads go? “There’s no doubt that every media channel is going to become increasingly addressable and targetable,” says Jon Goulding, chief executive of Atomic London, a creative agency.

But one thing about brand-building has stayed constant, irrespective of which digital decade we’re in: brands are built not just by talking to the people who are most likely to buy their products, but by everyone else having an emotional point of view even if they never buy the goods or services themselves. “Quite simply, you can’t hyper-target your way to mass-brand success over the long term. And this will never change,” says Goulding.

Whitcombe says people increasingly expect accurate and personalised communications from brands. “We know brands have stored data about us and our preferences, so we get frustrated when this isn’t used intelligently to make our lives easier,” she says.

“Increasing personalisation is likely to continue,” agrees Walker Reczek. She says brands are better able to identify people who might be interested in their products because of the increased tracking of people’s personal information and behaviour, both online and offline.

However, Walker Reczek points out that many consumers are unaware of the full extent to which companies are tracking and storing their data. “There may come a point where we see a consumer backlash to the amount of tracking required to deliver more and more customised messaging,” she warns.

The way our data is collected online is increasingly controversial. As awareness and legislation around privacy and customer protection continues to develop, so will advertising.