Advertisers will soon have the opportunity to serve their ads to specific television audiences, rather than broadcast nationwide to the masses. But not everyone is convinced by the effectiveness of addressable TV 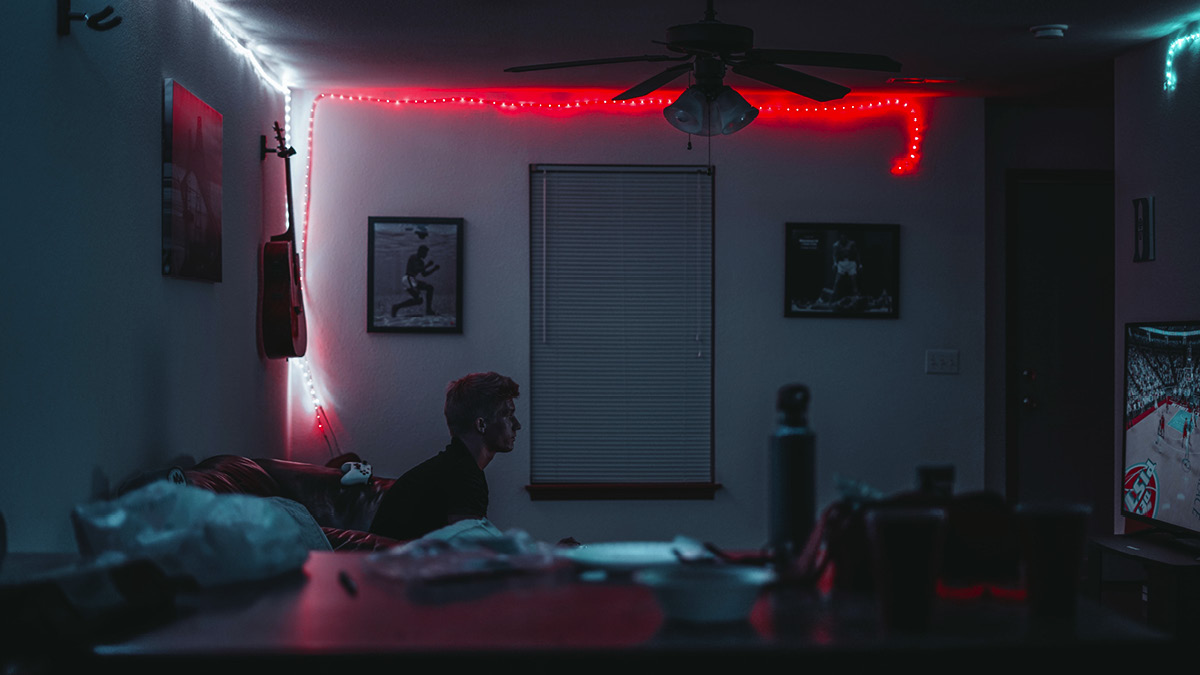 Derek and Darryl, identical twins, slump on to their respective sofas to catch the big Premier League match on Sky. With kick-off only a few minutes away, Darryl is shown a commercial for McDonald’s new Signature Menu range while Derek, who lives 20 miles down the road, sees a promotion for the brand’s classic Big Mac burger. Why? The answer is addressable TV advertising.

A new era is underway in which media companies can show different ads to different households while they are watching the same programme. More than half of UK households have connected their TV sets to the internet, according to Ofcom figures. Where TV ads have traditionally been traded against a limited number of pre-determined audience segments, addressability enables advertisers to target based on a multitude of location, demographic and behavioural criteria.

In some instances, as was the case with McDonald’s, the advertiser’s motivation is simply practical: the fast food chain was introducing a new menu to selected branches and wanted to minimise the number of people left disappointed if the latest burgers were not available at their local restaurant.

Addressable TV also opens the possibility for brands to target individual households with messages relevant to that viewer and their place in the purchase journey. For instance, if occupants have been scrolling through social media content relating to new cars, an automotive brand can run an ad suggesting a test drive at their local dealership.

Perhaps most significantly, advancements in dynamic ad insertion have paved the way for marketers to address specific audiences with assets tailored to their tastes and preferences, calling into question the very future of the traditional TV ad as we know it.

Demand for addressable TV is growing

This particular technological revolution has been slow to come to the boil and investment remains modest. According to WARC Data estimates, £5.6 billion will be spent globally on addressable ads delivered via set-top boxes and OTT (over-the-top internet) services in 2020, up 38 per cent year on year, but representing only a 3.3 per cent share of the total TV ad market.

Many TV companies already allow ads running on digital VOD (video-on-demand) services to be bought and sold in real time, but there has been a reluctance to open linear (not streamed) TV inventory to the same data-driven, automated trading.

Take the UK’s largest commercial broadcaster, ITV. It recently launched Planet V, an addressable ad platform but, for now at least, brands will only be able to purchase ads to run on its VOD player, ITV Hub. Kelly Williams, ITV’s managing director, commercial, agrees that all ads will one day be “served” rather than “broadcast”, but predicts this will be a longer-term transition, taking a decade or more.

Yet the opportunity is clear: marketers fed up with the risks of running campaigns on the open web are attracted to the high-quality experience offered by addressable TV. Nearly two thirds of advertiser respondents to WARC’s Marketer’s Toolkit 2020 survey said brand safety and context are now “more important than cost” when planning media.

Sky has been a key player in the push for addressable TV adoption across Europe. Its AdSmart technology, launched in 2014, serves ads to households when they are watching, rather than forcing brands to buy a planned schedule of advertising spots on specific channels or shows.

The company wants AdSmart to become the UK’s de facto addressable TV platform, something it has taken strides to achieve by securing Virgin Media and Channel 4 as partners. AdSmart reaches four in every ten households and it aims to access 60 per cent of homes by 2022. Sky believes it can use addressable to attract smaller businesses put off by the steep cost of running a national TV campaign and improve efficiencies for brands in high-consideration categories, such as financial services and real estate.

The ability to personalise every ad would be something brands would be very excited by, consumers less so

“Addressable TV makes television more flexible and accessible,” argues Dev Sangani, Sky Media’s capability and strategy director. “Driven by data, it means TV can be used for both its renowned brand-building capabilities and also for performance marketing to drive downloads, footfall and sales.”

The company’s research appears to bear out this effectiveness. Sky found that viewers are on average 21 per cent more engaged by addressable ads and attentiveness when watching a personalised ad can be as much as 35 per cent higher.

Not everyone is convinced, however. Eve Sleep’s sloth mascot has become a familiar feature on UK screens and the direct-to-consumer mattress brand has used TV media to build reach and awareness. TV’s key benefit, says Cheryl Calverley, Eve Sleep’s chief marketing officer, is about “driving fame” based on a “massive collaborative experience”. She adds: “My problem with addressable TV is that it massively fragments [audiences].”

Other issues must be dealt with before household targeting is commonplace within linear TV. Brands must currently navigate a mess of formats and standards, with little or no co-ordination across broadcasters, device manufacturers, pay-TV firms and streaming platforms. This complexity has been a key factor in restraining growth in ad spend.

Measurement poses a conundrum, with marketers torn between television’s traditional ratings systems and the real-time user impression data devoured in online ad campaign reporting. “There isn’t a like-for-like reporting currency and often this can lead to confusion among advertisers on the role it plays as part of the overall TV campaign,” says Mihir Haria-Shah, head of broadcast at Total Media, a media buying and planning agency.

Privacy is also a key concern. Compared to much online advertising, TV media is heavily regulated and brands must ensure ads targeting audiences, and individuals, are compliant. European Union upcoming e-privacy regulation is likely to have a major impact on the handling of website cookie data, potentially restricting advertisers’ insight into behaviour and purchase intent.

Then there is the small matter of cost. Targeting individual households can be an expensive business, with inventory sold at a premium, and the not insubstantial production cost of personalising assets. Brands adopting this approach risk missing out on the benefits of so-called cultural imprinting, where consumers sentiment is boosted by the knowledge that others will have seen the very same ad, argues Haria-Shah.

Advertisers will find the optimum blend

Even if advertisers are seduced by a potential future in which “wastage” is eliminated, and every TV ad is personalised to every viewer, audience sentiment must be keenly considered. “The ability to personalise every ad would be something brands would be very excited by, consumers less so,” says Welling.

TV is unlikely to pivot entirely from broadcast medium to one-to-one communications channel; its role in delivering brand fame is too important. Instead, advertisers will find the blend of linear, on-demand and addressable to suit their campaign requirements.

That way brands can use household targeting as a tool to extend reach and sharpen relevancy, and ensure Derek and Darryl both view the right ads to deliver the desired outcomes.