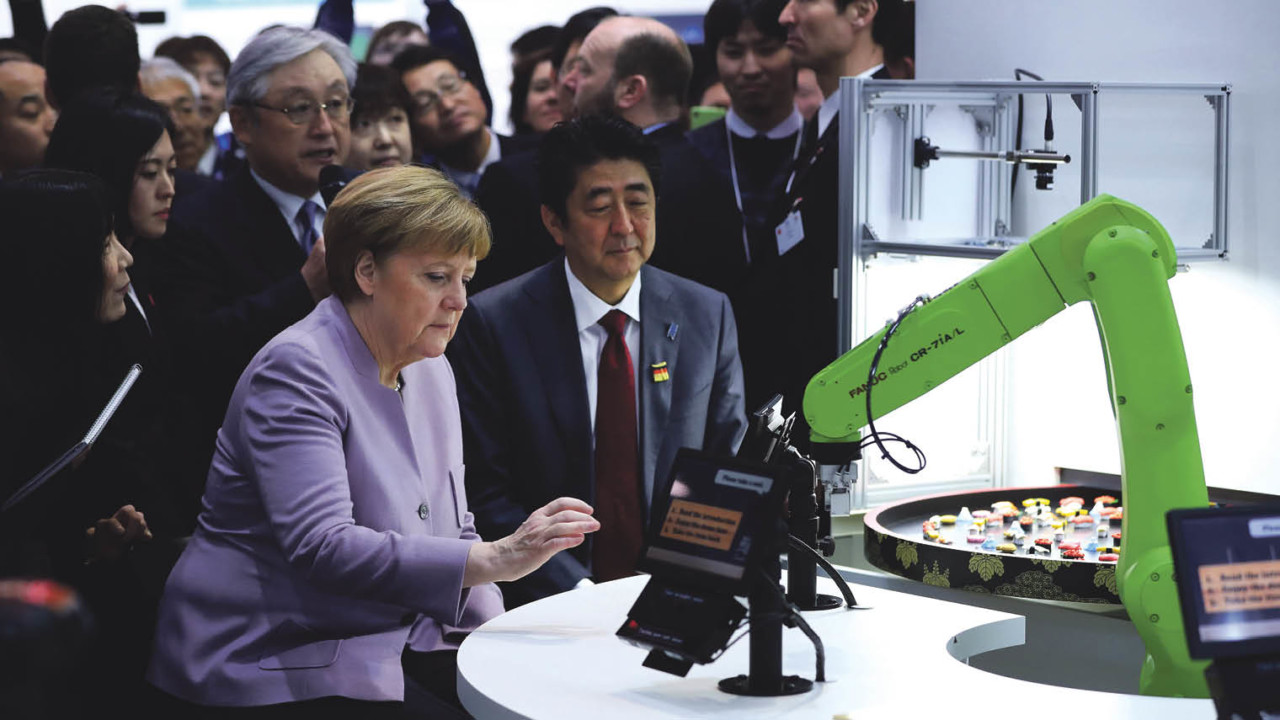 When Stephen Hawking warns about the implications of a particular technology, you sit up and take notice. In 2014, the Nobel-winning astrophysicist said AI “could spell the end of the human race”.

Yet what received less coverage was an open letter Professor Hawking signed just a month later along with entrepreneur Elon Musk and dozens of AI experts which focused instead on the positive benefits of AI.

“The potential benefits are huge, since everything that civilisation has to offer is a product of human intelligence; we cannot predict what we might achieve when this intelligence is magnified by the tools AI may provide, but the eradication of disease and poverty are not unfathomable,” the letter said.

Humanity’s possible death at the hands of machines is a long way off and even the much-discussed concern of robots replacing huge swathes of the workforce has a silver lining.

In PwC’s March 2017 UK Economic Outlook report, for example, the consultancy forecasts that around 30 per cent of UK jobs could be automated by 2030, with workers in the transportation, storage, manufacturing, wholesale and retail sectors most likely to be at risk.

The positives of AI

Despite PwC’s chilling outlook, other commentators are more bullish about the effect that AI will have. In its 2017 report Why Artificial Intelligence is the Future of Growth, Accenture predicts that AI technologies will give the UK economy in 2035 an additional $814 billion boost.

Co-author Mark Purdy says: “There have been many scare stories about AI and a number of studies have focused heavily on the job displacement effect. We feel that it is too simplistic a view.”

The traditional levers of economic growth – investments in capital and labour – are no longer working to boost GDP, argues Mr Purdy, but AI provides a new hope.

“Our argument is that AI, to the extent that it can be a new kind of virtual labour, can effectively be a new factor of production that can change that growth picture,” he says.

What has unleashed AI in the business world is the plummeting cost of computer power and the rise of cloud availability, says Peter Reeve of Ayasdi, a company founded by three Stanford University mathematicians in 2008.

Its cloud-based platform, which uses AI to analyse the shape of networks of data in near-real time, is used by companies and governments around the world, including Johnson & Johnson, the US Department of Homeland Security and Citi.

“You can store every bit of data you come across and you can use that data coupled with these algorithms to present an opportunity where it didn’t exist before,” says Mr Reeve.

“If you need a professor of mathematics to interpret what happens with AI and machine-learning algorithms, then you can’t convince regulators in the regulated industries and you can’t convince your senior executives to go ahead with it.”

Ayasdi has done this by building applications based on the underlying technology, but aimed at specific business problems, such as helping hospitals identify best practice in healthcare from their own data so they can deliver better quality care at lower cost.

AI providers are already helping companies become more efficient and smart. Accenture’s Mr Purdy says: “We know there is tremendous economic potential from AI technologies, but how do we develop people and infrastructure so we actually get the economic benefit?

“Jobs could be very different in the future – you could be working alongside a robot or teaching them. How do we educate people now so they are equipped to deal with that?”

The rise of AI will present governments with thorny problems, particularly around legislation and taxation. If humans are replaced by robots, how will governments fund public spending? “People haven’t appreciated the importance of tax policy in automation yet,” says Ryan Abbott, a law professor at the University of Surrey. “Taxes artificially incentivise machines; when businesses replace a person with a machine they save an enormous amount of money.” One idea that has gained traction – Bill Gates is a supporter – is a “robot tax” to offset the expected decline in income tax revenues. French presidential candidate Benoît Hamon has pledged to introduce such a tax to help “create as many new jobs as will disappear and to finance the training of employees in new trades”. Martin Ford, author of Rise of the Robots, doesn’t believe robot taxes will work. “How do you define a robot? If you go to a factory and there is an industrial robot, that is obvious, but most of it really is just software integrated into enterprises. Will the government review all this software and figure out what needs to be taxed? It sounds completely impractical,” he says. The UK government is rising to the challenge. It appointed Liam Maxwell as digital tsar in 2016 to lead government efforts in driving forward the government’s work on emerging technologies, including AI. Then in February, culture secretary Karen Bradley announced an AI review to consider the core challenges, such as skills and access to talent, access to data, and access to finance and investment.