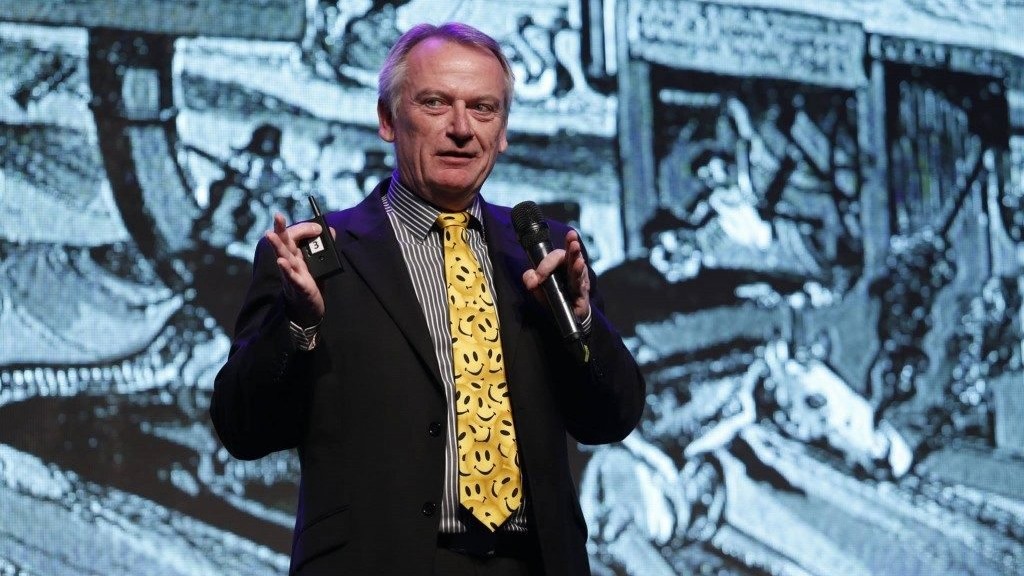 Today, I appear to be pretty well-known and respected in the FinTech community. Often voted as an influencer, invited to give keynote speeches at megaconferences and the successful author of 15 books, as well as chairing and being an advisor to many companies, life is pretty good. But it wasn’t always this way. In fact, a few years ago, I was a washed-up, unemployed executive with no direction. What happened?

I guess the biggest crisis in my life was becoming unemployed suddenly at a mature stage of my career life. Sure, I got a good severance, and could take a year off if I wanted but, with a big mortgage and demanding partner, I knew that wouldn’t work. Instead, I immediately started looking for a new job, and had the counsel of the agency my old firm hired to get redeployed. It wasn’t easy though. This was in the early 2000’s where the internet boom had just bust, and a high-flying executive with a six-figure salary to head up marketing and sales wasn’t a job that was being advertised anywhere. My network had been built within the old firm and there wasn’t a huge network outside.

Nevertheless, I had a few business friends and, with them, started an idea or two. Over a period of time one of those ideas, the Financial Services Club, became a business and I discovered the network effect: namely, in this case, the more you network, the more you network. Now fourteen years old, the Financial Services Club has evolved into a network of over 5,000 friends meeting regularly across Europe.

The other piece of advice I wish someone had given to me was to go and sell yourself to all of your old suppliers. I found this worked well by accident when a firm I used to use for research, Tower Group, called on me to help them build a European business. I had said this to them many times over the years, namely that they are a great research firm but it was a shame they only focused on North America. Gartner and others were global, and Tower Group (now the Conference Executive Boar, CEB, which is owned by Gartner) needed to be global.

Luckily for me, just as I was transitioning from guy with a proper job to unemployed has-been, they decided to do just that, and hired me as a freelance agent to help first build their European business, and then become their lead research analyst for European regulations. This led to my writing a lot of white papers and research pieces, which led to writing books on SEPA and MiFID, and finally to blog daily about banking and technology (which started on February 1, 2007).

It is these things that have led me to where I am today, which is enjoying an independent career doing things I love: writing, speaking, travelling, networking and enjoying fine wine and fine food. In particular, the writing has been something that has proven to be my breakthrough, especially the last two books Digital Bank and ValueWeb, along with the newest sibling to these two, Digital Human (available from March 2018).

However, as pointed out, there was a period of time where things were hard. I would say that period lasted three years from being made redundant to settling into an independent, freelance lifestyle. This was tough as the first year was frustrating, trying to find a proper job whilst keeping busy developing ideas and building an external network. The second year was boom and bust times, living contract-to-contract whilst still looking for a proper job and not realising that I should be happy and settled in my independent, freelance lifestyle. Then the third year, recognising that my job was now being a contractor and entrepreneur, starting to build a business that had legs and was robust.

Fifteen years later, it has worked out well and, in large part thanks to being in the technology in financial services space that has now blossomed to become FinTech, I thank my lucky stars for being in the right place at the right time for once.

If I go back to that time of redundancy however, what advice would I have given myself. Four things come to mind:

1) sell yourself to whoever you used to buy things from

2) if you have good ideas, passion and commitment, see them through – dream a dream and make it happen

3) don’t stop and relax, but keep doing whatever it is that you are good at and make sure people know

4) finally, network, network, network – the more people you know, the more opportunities you get and don’t just network through meetings, but use both the physical and digital network to network and start networking externally NOW (don’t wait until you’re unemployed).

My main success came from that last point, in that I’ve been heavily into online media ever since I lost my old job. I was early on Facebook and Twitter, and was one of the first regular bloggers in the financial technology space. Looking back, all of these things have given me the greatest opportunities, even if I didn’t know it at the time. Nevertheless, when I was made redundant most social media didn’t exist and I’m guessing everyone could find it easier to transition today as you only need to tweet for help.

Good luck with whatever you’re doing out there and I hope this little piece of insight is useful to someone.