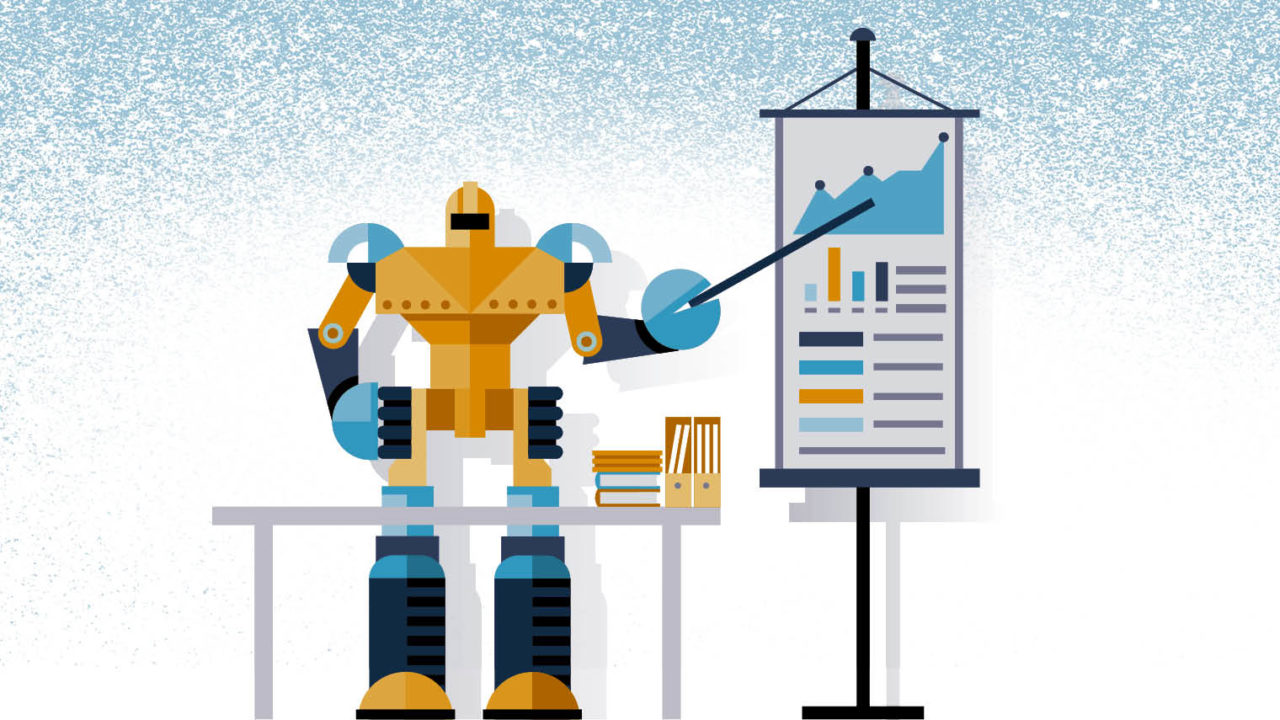 There isn’t a day that goes by that you don’t come into contact with artificial intelligence or AI. You watch, listen or buy this on Amazon, Netflix or Spotify, so why not try that? Apple’s Siri recognises our speech, while financial institutions use robo-advisers.

“We use AI so much that we have stopped thinking of it as AI,” says Nello Cristianini, professor of artificial intelligence at the University of Bristol. “We need to step back and realise that a lot of today’s data revolution is also about artificial intelligence,” and appreciate that it’s already embedded in the world around us.

The bedrock of AI is machine-learning, a process that teaches computers to tackle vast amounts of data, pull out patterns, apply complex algorithms and make decisions about real-life problems, such as healthcare issues or money markets. And lately there’s been renewed interest in AI after it suffered a downturn some decades ago.

“The pace at which AI is developing is accelerating,” says Nitin Bhas, head of research at Juniper Research. “The building blocks for rapid learning are now in widespread use.” The technology is also more mature and providers are starting to deliver above and beyond the hype.

Machine-learning is a process that teaches computers to tackle vast amounts of data, pull out patterns, apply complex algorithms and make decisions about real-life problems

The UK has also seen activity, albeit snapping up AI startups, with the purchase of DeepMind by Google for $500 million and Swiftkey, a smart keyboard firm bought by Microsoft for $250 million. Money, expertise and economic clout now pepper this sector.

“AI has the potential to affect us in a similar way to the arrival of the printing press. We will see jobs change just as we did during the Industrial Revolution,” says Rob McInerney, co-founder of IntelligentX Brewing Company.

This London company is using AI to brew beer. It learns from experience in much the same way a human brewer learns to concoct a pint by listening to experienced experts and learning from its mistakes.

“We call it ABI – automated brewing intelligence – and it has the ability to churn out recipes. This is then given feedback from both expert human brewers and our customers. This feedback allows ABI to evolve the beer and discover new recipes,” says Dr McInerney.

This same style of machine-learning can predict the likelihood of us contracting disease by processing X-rays, MRI scans and other data more accurately than the human eye. AI can also help accelerate diagnoses and recommend therapies. It is now eyeing up drug discoveries and other bioscience applications.

“We have developed a system that uses cutting-edge deep-learning techniques to analyse large quantities of very complex scientific information, and we’ve created an enormous structured, curated and qualified data lake of usable knowledge which can be applied by scientists for use in the real world.” 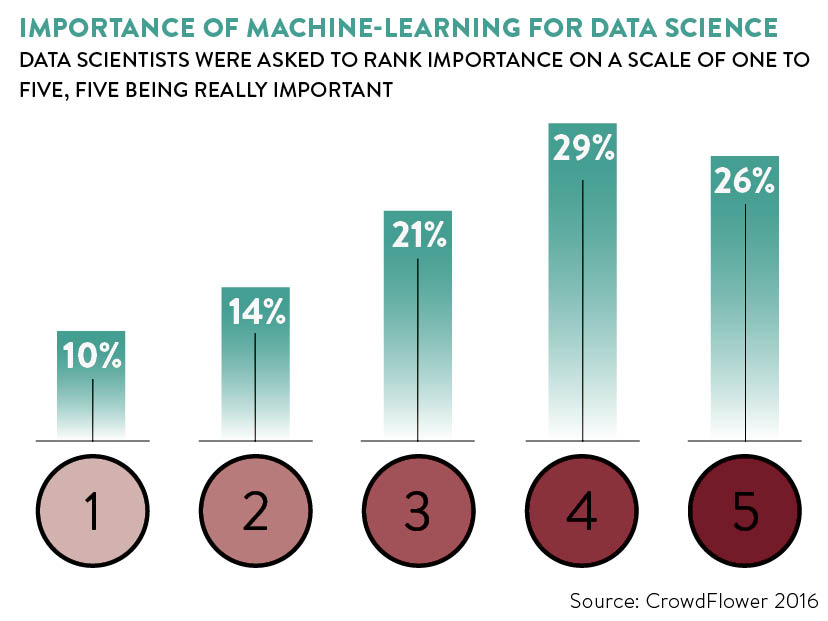 Finance has also been an early adopter. AI is now driving new types of uncorrelated returns for investors, reducing exposure for insurers, and helping banks make better and safer loans. “It is a thousand times cheaper than it was and it is now a thousand times more powerful. Growth has been exponential,” says Huy Nguyen Trieu, chief executive of The Disruptive Group. “The main challenge is not on the tech side, it is about implementing it.”

There is still a lack of clean, scalable and labelled data to work on. Also corporations aren’t allocating resources fast enough. It’s the reason why it’s not been used extensively in say retail banking. “Machine-learning specialists and data scientists are a scant human resource these days,” says Jonathan Epstein, chief marketing officer of Sentient Technologies.

However, barriers to AI use have dropped significantly. It is now easy to get large amounts of computation firepower via the cloud and data requirements are declining, as algorithms become more efficient and are easier to train. This will make it more accessible for other uses.

“All companies will be AI companies in the future,” says Chris Williams, IBM Watson chief architect for Europe. “Each industry will have its version of the killer app based on its own unique requirements and the problems that need solving.”

The main issue is to do with manpower. Recruiting and training top-notch staff to work on AI will be crucial. “As with all rapid technological innovation sectors, the biggest challenge is finding the right people to support us,” explains Ms Hunter.

As new careers in this industry flourish, expect repetitive and predictable jobs in other sectors to be axed by AI, including those in the knowledge economy. “People with more common jobs will be more at risk. It’s more likely to be economical for a company to invest the resources required to automate that task,” says Miles Brundage, AI policy research fellow at the University of Oxford. “Those with more unique jobs are likely to be safer.” 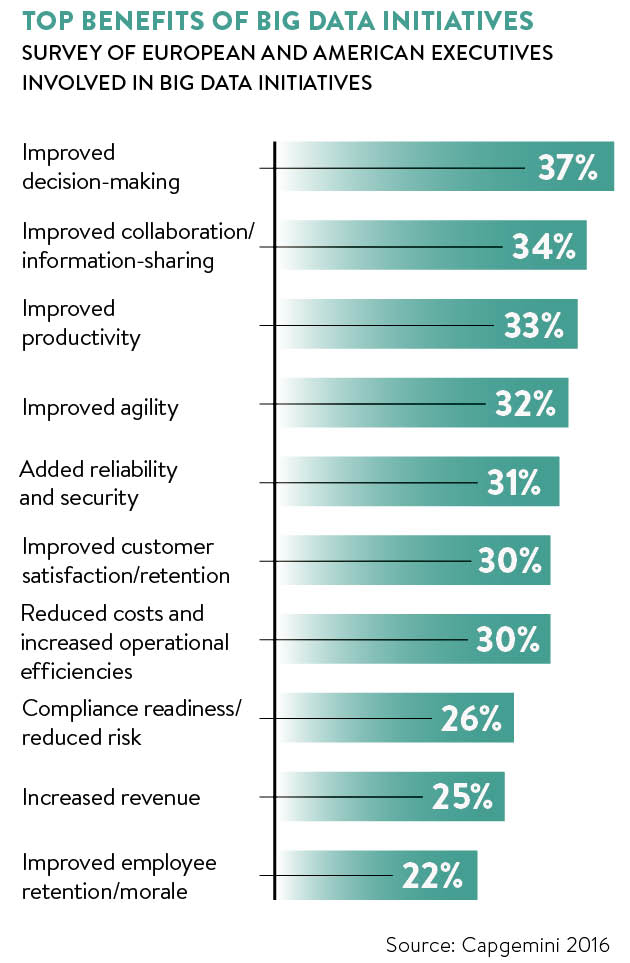