A month ago, a new startup was launched in New York. It was funded by Sequoia Capital, which put in a cool $13 million, one of its largest-ever seed investments.

And the innovative new venture that caught the attention of one of the world’s leading venture capitalists? An insurance company called Lemonade.

Lemonade may be the latest disrupter in an industry that is still more likely to be thought of as traditional, but is unlikely to be the last. According to the Association of British Insurers (ABI), the insurtech financing trend is about to explode from $197.1 million in 2013, $556.5 million in 2014 and $831.5 million in the first five months of 2015.

Writing about the changing world, assistant director and head of strategy at the trade body, Matt Cullen, says: “The moment is fast approaching when Silicon Valley throws everything at scaling an innovative insurance business to the mass market.”

Insurance, of course, is not the first industry to be disrupted and it is customers, who have learnt new ways of interacting with businesses and are partly driving the change. There have been some regulatory pressures encouraging the industry to make their services focus more on the customer and there have been business pressures, as comparison websites drive down margins and make insurance increasingly competitive.

If long-established carriers are going to succeed in an increasingly digital market, they have to become innovators

Such disruption is prompting a lot of soul-searching in the industry, which is often considered to be one of the slowest to adopt innovative new ideas and techniques. “The industry is very aware of the problems and the opportunities,” says Jonathon Howe, UK insurance leader at PwC. 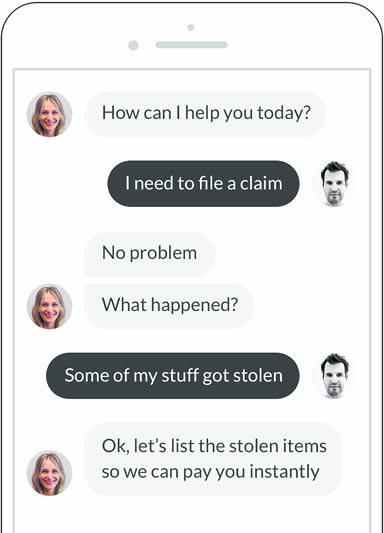 Screenshot of the Lemonade app, powered by an AI chatbot to process claims quickly

Changing the culture of an industry from traditional to innovative is not easy. But according to Jean-François Gasc of Accenture: “If long-established carriers are going to succeed in an increasingly digital market, they have to become innovators. Fence-sitters and imitators just won’t make the grade.”

So how do you innovate in a mature and traditional industry? Mr Gasc has a checklist that includes shaking up the leadership, securing funding, thinking like a startup, investing in startups, bringing in new talent and changing processes. But it’s easier said than done; there is pushback, as with any major cultural shift, if innovation is to be embraced.

One way is to start afresh completely. Friendsurance, a German company, was one of the earliest to translate the concept of the sharing economy into peer-to-peer insurance, setting up in 2010. But you don’t need an entirely new company to innovate; the big UK insurers are setting up innovation hubs, such as Liverpool Victoria’s UX Lab, which tests the user experience. Set up like a consumer’s living room, it allows the insurer to trial a digital experience under “normal” conditions, when distracted by television or other people.

Meanwhile, Aviva has set up The Garage, a digital hub based in Hoxton, east London; there is also a Garage in Singapore. It has deliberately gone for an urban, post-industrial feel: bare brick walls, sofas made out of pallets, heating and ventilation pipes on show. Working methods are informal, with small teams looking to test and bring products to market quickly; the suit-and-tie mentality is not in evidence.

“It had to be a greenfield site, set up separately to give it space to breathe, but we are reinventing the entirety of Aviva and The Garage gives everyone the licence to come out of their shells,” says Aviva’s Mr Brem.

Key to changing the culture is bringing in talent from outside the industry. “We have recruited digital designers, user experience and interface designers, customer analysis experts, innovation experts – historically not people we have had in our business,” he adds.

Aviva is not alone. Indeed, the entire insurance industry is having a rethink about its talent pool. It recently joined an initiative, HeForShe, created by UN Women, that aims to improve gender parity. Speaking at the launch, Huw Evans, the ABI’s director general, said: “We have a huge amount to do to ensure we attract women to our industry and keep them here. Improving our sector’s diversity and inclusion is vital to our future success, not a ‘nice to have’.”

Elsewhere, the Chartered Insurance Institute has been working on making insurance more attractive to school-leavers, taking a Discover Risk game into schools and colleges, and launching a new apprenticeship website.

“There’s been a real recognition that we need a more diverse workforce, more and better talent,” says PwC’s Mr Howe. “We’re starting to see that building it ourselves is not the best way forward.”

A well thought out intern programme can reap significant benefits, but bringing in people with skills from outside the insurance sector is a cultural shift that applies at every level. Chief executive of Legal & General, Nigel Wilson, was chairman at retailer Halfords, while Stephen Hester at RSA Insurance Group was previously chief executive at RBS bank. 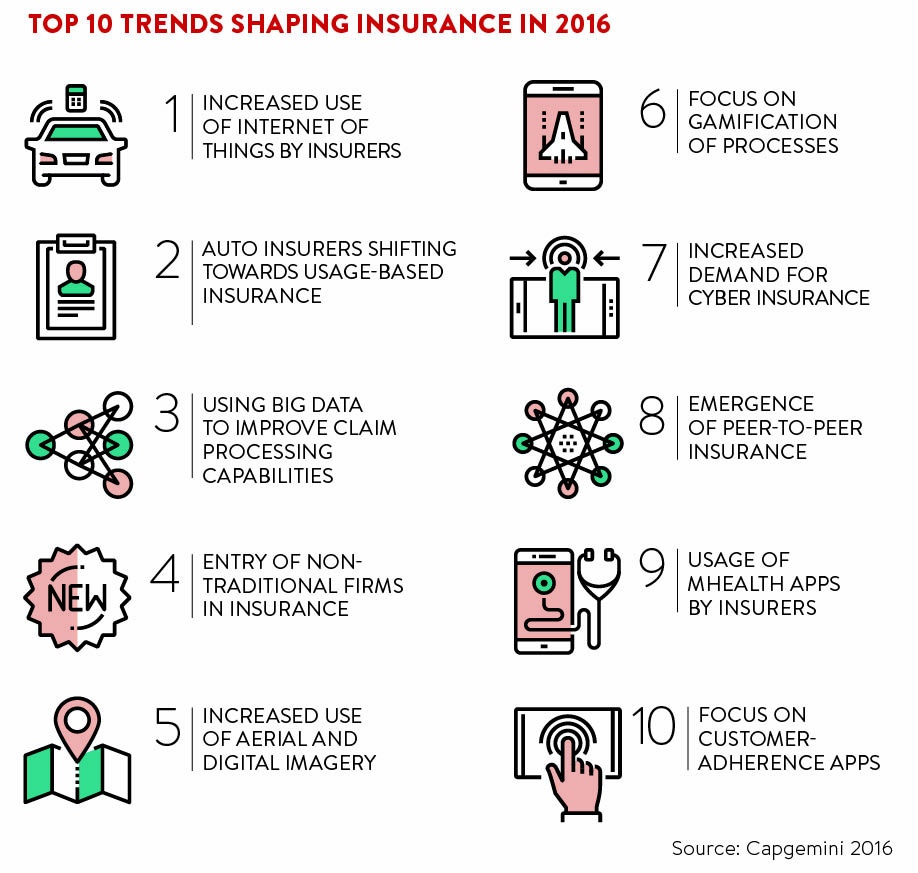 It is critical that the innovation culture stems from the highest point; 87 per cent of respondents in a 2015 Deloitte survey agreed that leadership was important. Yet only 33 per cent believed their leadership pipelines were ready, giving a clear indication that the industry still has work to do to navigate the challenges.

Moreover, the same survey found that only a third of insurance companies consider their organisations ready with the skills and abilities required to meet their business needs. It’s not only a question of bringing in outsiders, but developing existing staff to meet the needs and expectations of millennials.

“Two thirds of insurance companies surveyed indicated that they saw their capabilities as ‘weak’ when it comes to providing social or mobile learning, or using advanced media, such as gaming or simulation,” according to a Deloitte report, Human capital trends in the insurance industry. It says: “These tools are vital to real-time learning, matching the pace of life-business for today’s society and appealing to the increasingly millennial workforce.”

It’s an innovative concept we can all drink to – even if only in lemonade.