One of the clarion calls of Brexit was its potential to peel away red tape enforced by the European Union while allowing innovative UK companies to reap the benefits of unfettered access to a global marketplace.

Where better to start, you might think, than the realm of intellectual property (IP), an area where EU legislation has for years directly influenced UK business?

Such a thought, however, is decidedly naive, suggests Sally Shorthose, IP partner at international law firm Bird & Bird. “Red tape and regulations may sound like a bureaucratic nightmare, but in fact they mean we don’t have cases such as Thalidomide any more. The rules are there for a good reason,” she says.

Ms Shorthose emphasises the complexities of unpicking IP laws that are harmonised across Europe, with much of the UK legislative framework composed of directly effective EU regulations and transposed EU directives.

“Increasingly, companies have EU trademarks (EUTM) that cover the whole of the EU, but they’ll no longer apply in the UK from the moment Brexit takes place. So the best advice for companies that have brands they want to protect in the UK is to apply for UK rights as well as EUTM simultaneously.”

June’s general election has thrown more factors into the equation, with the result potentially influencing the nature of the UK’s ultimate relationship with the EU regarding IP law.

Arty Rajendra, a partner in the IP group at law firm Osborne Clarke, adds: “There’s a lot of uncertainty at the moment, but Brexit is going to affect nearly all IP rights. For example, trademark legislation has been harmonised across the EU for the past 20 years and, as English lawyers, we currently try and interpret national cases in accordance with European law.”

But does Brexit have the potential to streamline IP legislation and help innovative companies get their products to market quicker and cheaper?

Ms Rajendra suspects not, at least in the short to medium term. “The Great Repeal Bill is going to allow the UK to transport EU legislation into UK legislation. In the time available that’s really the only thing the government can do,” she says

“Yes, it would be great if we could look at those laws, refine them and perhaps make them better, but the reality is there is not going to be enough time to do that along with all the other things which have to happen to transport EU law into UK law. Maybe in five to ten years’ time we’ll have a law that’s really streamlined and clear, but I think that’s a long way down the line.”

Indeed, how the UK will be involved in two long-awaited innovations designed to streamline Europe’s IP process, the unitary patent and the Unified Patent Court (UPC), is now in question. Intended to introduce a genuine Europe-wide patent, these were scheduled to come into operation in mid-2017.

“One of the purposes of the UPC was to try and make patents more enforceable for smaller businesses,” says Ms Rajendra. “They would be able not only to get a unitary patent cheaper than registering in every country individually, but they would also be able to enforce their rights in a more cost-effective way.”

The UK announced in November 2016 that it would ratify the UPC agreement, although such ratification is likely to be delayed by the general election and there remain significant political issues regarding what might happen after Brexit. A key reason for this is that the UPC ultimately will have to submit to the jurisdiction of the Court of Justice of the European Union (CJEU).

Maybe in five to ten years’ time we’ll have a law that’s really streamlined and clear, but I think that’s a long way down the line

Ms Rajendra explains: “Prime minister Theresa May has said that the CJEU will play no part in UK law, but the CJEU will still have a role with the unitary patent. We don’t know yet how the situation will be squared with the rhetoric coming from the government.

Bird & Bird’s Ms Shorthose agrees: “There may be a compromise and we’ll be allowed into the UPC through the side door, as it were. Complete disassociation would be a disaster.” 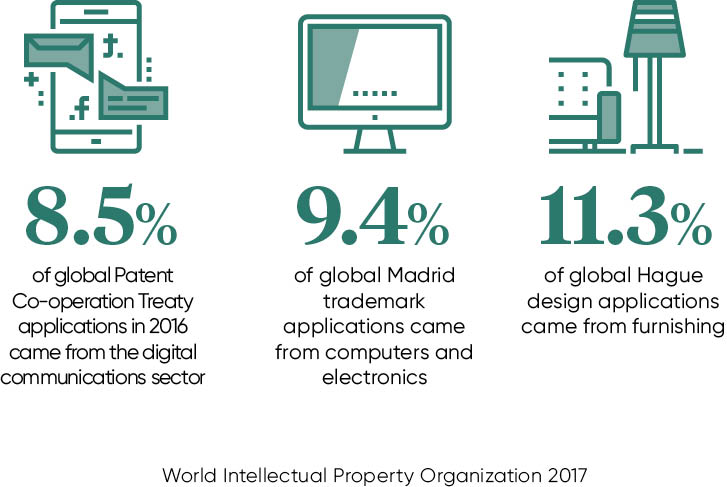 While the UPC debate is set to rumble on, there is at least one area of IP where post-Brexit positives may be clearer – copyright.

Joel Smith, IP litigator and commercial IP specialist at law firm Herbert Smith Freehills, explains: “UK copyright law is fiendishly complicated. It hasn’t been reviewed since 1988 and technology has moved on a lot since then. There is now an imperative to consider starting again and Brexit gives us an excuse to do that.”

Even so, close co-operation with other European nations would be advisable. He says: “I think that’s the general IP message – alignment is sensible for business. Unfortunately keeping things aligned means in some areas we’re going to need more legislation to fix gaps and unexpected consequences of leaving the EU.”

So what can businesses reliant on IP do to prepare themselves for Brexit, especially in the face of an impending general election? “Register UK trademarks now,” Mr Smith advises. “Also review key licensing and other contractual agreements. Conduct audits, think about where the value is in the business and where the most important IP is. Achieve clarity now as opposed to waiting and seeing what comes out of the negotiations.”