Long-term growth plans are essential for any retail brand, but in an industry undergoing rapid transformation, driven by constantly shifting consumer trends and digital technology, forecasting what lies ahead has never been more difficult

Instead of relying on predictions for what might happen several years hence, the most effective way for retailers to future-proof their businesses is to become more responsive and able to adapt to change very quickly using technology as an enabler. These capabilities also create the platforms for growth to support and sustain new business-model innovation. Not doing so leads to the graveyard of retail.

A modern retailer has to be adaptive and responsive rather than predictive, which means moving away from buying technology that takes a long time to implement and change

ThoughtWorks’ head of retail in Europe Mark Collin says: “The problem with predicting the future for retail in the digital age is navigating the endless possibilities and speed of change. A modern retailer has to be adaptive and responsive rather than predictive, which means moving away from buying technology that takes a long time to implement and change.

“What companies ask for when embarking on a programme of change is often not what they need once the project is complete, simply because customers, technology and the commercial world has changed and moved on again. Millions of pounds have been spent on large-scale IT projects that ultimately failed because change was happening faster than the project could be completed. With this comes a major cultural and attitudinal change that most companies are not well set up for.”

Part of the problem is the industry itself. In a new report by World Retail Congress and Green Park, which surveyed 100 of the most senior global executives in the sector, 37 per cent of UK retail chief executives were described as “not fit for purpose”, particularly when it came to their lack of mastery of digital skills. The report concluded that the current captains of the retail industry were lagging behind the pace of change and no longer equipped with the personal or technical abilities required.

“These industry leaders are extremely smart, very experienced business people, but they are lacking in digital awareness, and unfamiliar with the new technologies and business models that are relevant to the industry,” says Mr Collin. “They are failing to grasp that what was once considered cutting-edge technology is table stakes, the minimum they need to compete effectively in today’s retail industry.”

From the outside it is easy to spot the leaders over the laggards. “If we see board-level roles like chief customer experience officer or chief digital officers becoming CEOs it’s a positive indicator,” he says.

Mr Collin references Domino’s Pizza Enterprises Ltd as an example of a digital-savvy board recognising that technology would create incredible growth and company value, first by digitising their customer experience, and then moving the bulk of customers from telephone to online ordering, thus simplifying operations and really being in tune with their customers’ needs. 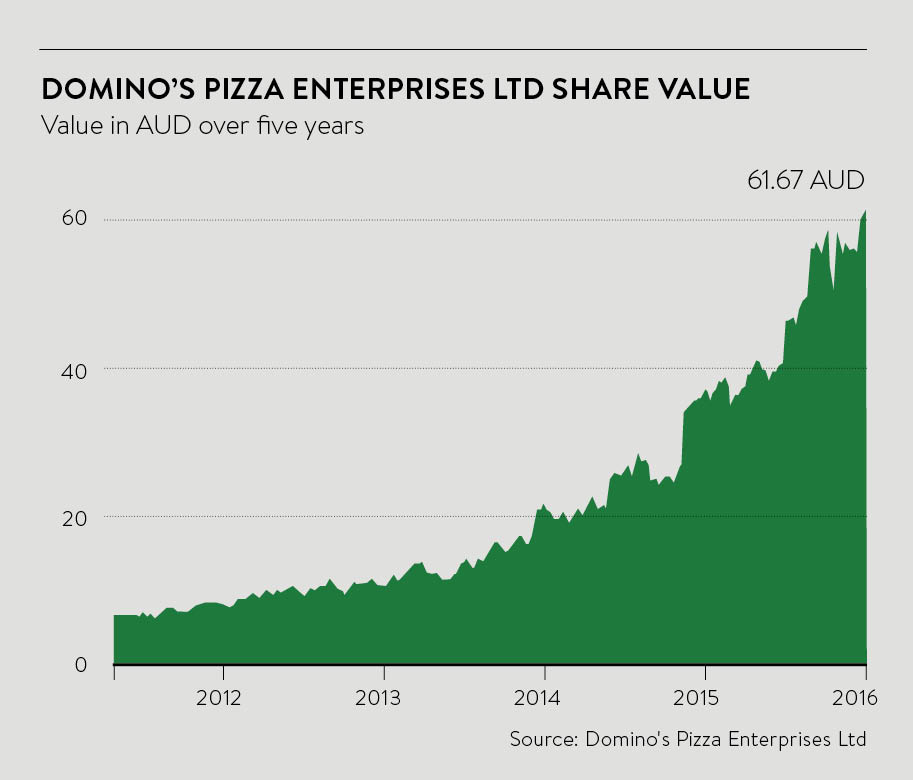 “After ThoughtWorks helped launch their award-winning social loyalty programme Pizza Mogul, which rewarded customers for designing, creating, sharing and selling their pizzas, this, along with new store openings and a price promotion, contributed to a net profit increase of 42 per cent for the first half of the year,” says Mr Collin. “Such examples are hard to achieve, but they do demonstrate the powerful combination of a platform for growth with new business-model innovation.”

The more digitally aware businesses and boards become, the more modern retailers define and describe themselves as technology companies that happen to be retailers, such as Yoox Net-A-Porter, Zalando and, of course, Amazon. Their market valuation rises too.

ThoughtWorks is increasingly involved in helping its clients become modern retailers, enabled by technology striving for uniqueness, not parity. They use design-thinking, lean and agile approaches to put their customers at the centre by creating a responsive platform around them – in effect a new digital DNA.

To be able to experiment and drive business-model innovation, retailers need rapidly to address the challenges around their technology tools and frameworks that support their core business capabilities. The mindset should change from “replatforming” to “working between the seams” to untie complexity quickly.

Flexibility around core business capabilities gives retailers a better understanding of the customer in real time to enhance personalisation and provide a seamless purchase journey across all channels. Mr Collin says: “When retailers are able to introduce changes that matter to customers quickly, it builds real customer loyalty through a better experience.”

In maintaining its own ability to respond and adapt quickly, ThoughtWorks has collaborated with some innovative retail technology startups, including those developing artificial intelligence and visual search technology. If a customer spots a cool product, this technology allows them to instantly capture it on their mobile and search for relevant options. It is using complex algorithms and in effect learning from behaviours.

“It’s a small piece of technology inserted appropriately into the customer’s experience that helps to solve the challenge of keeping it useful, unique and exciting,” says Mr Collin. “We used this in a successful project with leading digital retailer Shop Direct – some 58 per cent of their traffic is now driven through mobile.”

Another important factor in the digital age of retail is talent acquisition. For too long companies have taken a cost-focus approach to technology, which has impacted the talent stakes. Mr Collin recalls one large European retail company that almost entirely outsourced the running of its IT function on the basis that they could save 40 per cent on costs.

He says: “In doing so they were also outsourcing their innovation and their understanding of what technology could do for their business as a competitive advantage rather than a cost.”

There is now a growing demand among retailers for people with excellent software development skills to build the agile technology platforms that will enable them to respond and adapt to market changes faster than their competitors. At the same time, they are building their employer brand and being seen as a great digital company to work for – no mean feat for a traditional big-box retailer competing with the likes of Google, Farfetch and other digital-age businesses.

“It is another example of retailers using technology to gain a competitive advantage, in this case to secure and retain top technology talent,” says Mr Collin. “And it also illustrates the importance of focusing on the here and now rather than the future. If you don’t have the best available tech talent today, how do you compete in the future?”

ThoughtWorks delivers more than great software and digital customer experiences, it facilitates the full enablement of a retailer’s own teams. “The future of retail is hugely important to the UK and global economies,” adds Mr Collin. “Our collaborative style of working responds and adapts to change as it happens, effectively enabling retailers to create their own future.”

Some sleeping giants are yet to be awakened by the competitive advantage technology brings. Some will die in their sleep. Those retailers that step away from well-trodden paths of traditional linear business models can find valuable new opportunities in relatively unexplored areas of retail innovation. It does require a change of thinking, most importantly about their relationship with their customers and the role they play in their lives.