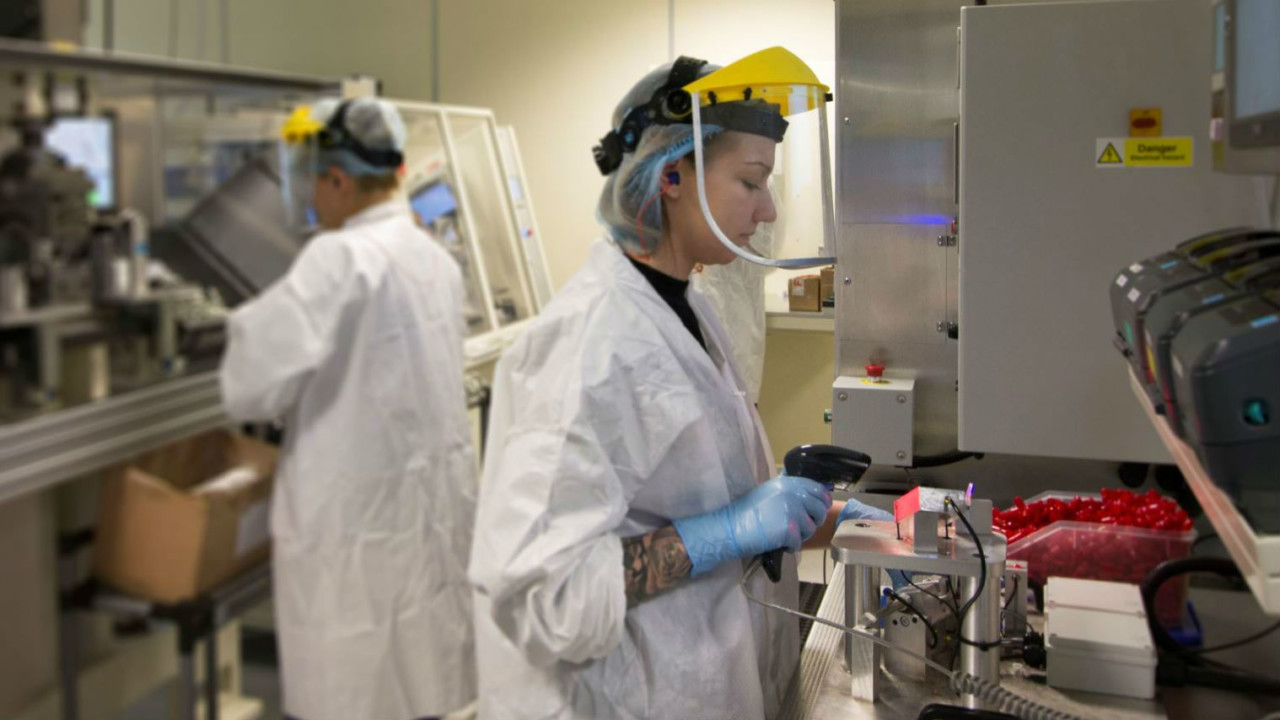 At the most recent WorldSkills competition – the “Olympics of skills” for people aged 18-25 – Team UK came tenth in the medal table. Bagging gold in beauty therapy, as well as silver and bronze in skills ranging from visual merchandising to cabinet-making, Neil Bentley, the chief executive of WorldSkills UK, proclaimed: “The future of the UK is in safe hands.”

Many, however, argue the UK workforce is seeing a long-term skills crisis. The OECD finds the UK is now ranked 20th globally (below Poland and Estonia) for pupil achievement in English and maths, with 20 per cent of young adults below basic level.

The UK Commission for Employment and Skills found in 2016 that 36 per cent of the adult population was qualified to “intermediate level” - better than basic education but below a degree or other tertiary qualification - but predicted this would fall to 34 per cent by 2020, pulling the UK down to 28 out of 32 OECD nations.

The government estimates better skills could add 20% to productivity

With the government estimating upskilling staff could add another 20 per cent to labour productivity, the stakes are high. “What there hasn’t been is enough investment in skills and training to prepare ourselves for changes in workplace compositions,” argues Simon Richardson, lecturer in human resource management, Westminster Business School.

The UK’s traditional solution has been to import skills – but this may no longer be the answer. Arrivals from the European Union have fallen to near-zero, and in late-January it emerged that employers were being refused permission to bring in non-EU workers – even with vital skills such as emergency doctors for the NHS - because applications for visas exceeded monthly government limits.

Mr Richardson argues Brexit doesn’t just mean an end to easy imports – highly-qualified staff could leave. In summer 2017 Deloitte found a third of non-British workers were considering leaving the UK because of the referendum result – and not all of these are low-skilled. It found 47 per cent of highly skilled workers from the EU were considering leaving by 2022.

Encouraging businesses to invest in staff training has been the almost-urgent concern of all recent governments. But spectacular failures have littered the way, which has undoubtedly deterred business. In 2014 the package of schemes and grants known as the Youth Contract was disbanded after being called an “abject failure from start to finish”. The scheme was a successor to the infamous Youth Training Scheme, where in 1995 60 per cent of participants were found to have left without any qualification at all.

The latest hope is the apprenticeship levy – although it is too soon to tell whether the government has finally got it right. Mr Richardson has his own theory: “Many businesses may be actively ‘not’ training, and preferring to just get by.” He adds: “At the moment, the paradox has been skills shortages, but without the wage rise pressures that tend to follow, although perhaps that’s because firms know that as soon as they train, skills levels will rise and so will wages.”

What government needs is more flag-bearers like Birmingham-based Lander Automotive, which supplies the auto industry with specialist components such as lightweight and high-pressure pipes. With an ageing workforce and EU nationals on its agency book starting to return home, in the last two years it has decided to focus on apprenticeships. It now takes on a staggering 15 to 18 apprentices every eight weeks – most at Level 2, but some at Higher Level.

“We’re right in the heart of the automotive region here, so engineering and technical skills are in scarce supply,” says managing director Peter Tack. “We now have 83 apprentices and have moved our average workforce age to under 30. Best of all, we have people moving up through the business – like those looking after supplier quality, aged 18.

“This massively impacts young people’s confidence, and I also feel we get a double-whammy. We’ll grow the business with motivated people who don’t have any preconceived ideas.”

Skills shortages are, of course, all relative. While the hospitality sector faces real issues – the British Hospitality Association says 45 per cent of members are worried by it – other firms in supposedly skills-short industries are bucking the trend. At Lancashire-based Leyland Trucks, its human resources director Ivan Shearer regularly hosts 20, 30 even 50-year service awards. In 2017 only around 15 staff left, out of 1,000. He says he’s brought in apprenticeships because “such a stable headcount reduces promotional opportunities.” He adds: “Last year 23 apprenticeships were taken on. Around one third of all new jobs created were apprenticeships.”

Maybe there isn’t just a skills deficit, but a cultural one too

But maybe it takes an outsider to spot what’s really happening. Lars Andersen is the Norwegian-born managing director of My Nametags, which sells iron-on name tags for children’s clothes and other belongings. At his firm it’s the promise of promotion – but only if people take the initiative to learn for themselves – that ensures his skill base is high.

He says: “We love training. Our head of marketing joined us a grad and has moved up from there. But maybe there isn’t just a skills deficit, but a cultural one too. The British don’t have the same incentive to learn more because business is predominantly in English. But I still need people able to talk to my Italian customers.”

Whatever the answers – and for the UK economy’s sake, they need to come fast – productivity will only rise if investment in learning takes priority.