The potential environmental benefits of vehicle-to-grid technology are huge, but the economics to roll out the tech at scale remain uncertain 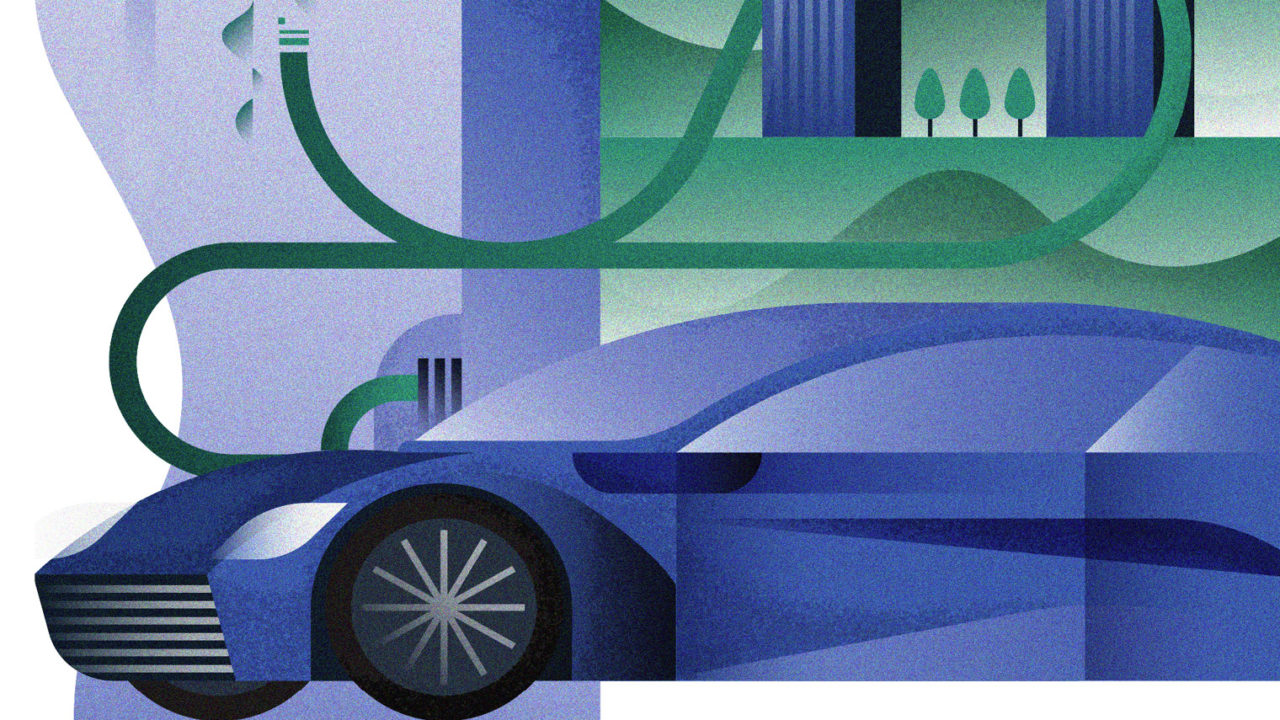 It may look like an ordinary building, but Aston University’s European Bioenergy Research Institute is extraordinary. For it is one of just a handful of buildings in Europe to use vehicle-to-building (V2B) technology. Owners of battery electric vehicles (BEVs), who work on the site can not only charge their cars, but can redirect any spare electricity into the institute when needed. Vehicle-to-building and vehicle-to-home (V2H) concepts are variants of the vehicle-to-grid (V2G) model, which sends the energy stored in an electric vehicle battery back into the grid. The hope is that in the future V2G could help to balance demand and supply of energy to and from the national grid.

So far Innovate UK, part of UK Research and Innovation, a government-funded agency, has invested £30 million in 20 V2G projects, while Cenex, the UK’s first centre of excellence for low-carbon and fuel-cell technologies, is involved in delivering several large-scale V2G trials, with the first V2G units installed earlier this year.

Barriers to entry for V2G investment

According to a study by the British Parking Association, there are several barriers to entry. One is that manufacturers still need to agree standards. The report also highlights a number of uncertainties, including battery degradation from V2G units and the attitude of vehicle owners. Another concern is infrastructure. The majority of charging points being installed are one directional, but V2G points must be bi-directional.

“The economics of V2G and V2B are largely unproven, especially at scale,” he says. “Investors will need to assess the stability of potential revenue streams, which may be based on power price arbitrage, selling balancing services, such as frequency response, to the grid or grid-system cost avoidance.”

Based on the data already coming out of V2G trials, Chris Cox, Cenex’s head of energy systems and infrastructure, does not think any of these obstacles “have to be a show-stopper for the commercial application of V2G”.

He says: “While the economic case for V2G is still being refined, the potential environmental benefits are huge. Based on the current pipeline for V2G products, we could see V2G charging establish itself as a valuable option alongside other charging solutions between 2025 and 2030. It will initially be a niche product, but as V2G hardware prices fall, it could be used more widely in a variety of applications, with a number of different use-cases emerging.”

Mr Cox thinks that in addition to BEVs, key industries have a role to play in helping V2G to reduce the strain on the over-worked national grid.

“The economic benefits of V2G are greatest when there is a long and predictable dwell time,” he says. “So airports, train stations or workplace car parks are very promising locations for V2G and could really support the transition to a low-carbon electricity network.”

At the end of 2016, energy consultant Adam Mitchell published a case study testing the validity of a V2G business model for Heathrow, Europe’s busiest airport.

Working on a ten-year projection, Mr Mitchell’s consultancy StrategicFit revealed that each V2G charger at Heathrow’s long-stay parking could generate between £1,400 and £2,200 every year.

“National Grid (NG) operates a dynamic firm frequency response balancing service. To maintain a reliable service to customers, NG must keep frequency to 50Hz. But often there are events, such as people switching on their kettles at half time in an important football match, that upset this fine balance. To address the shortfall, NG runs a daily auction. In the future, if Heathrow has V2G-intelligent chargers, it can sell that capacity back to the grid on a second-by-second basis,” says Mr Mitchell.

But, if and when the technology is introduced, could it ever be used to help power Heathrow’s five passenger terminals?

“V2G could certainly provide Heathrow Airport with a greater level of energy security because it will be able to use the thousands of vehicle to balance out its own supply,” he says. “It may also reduce reliance on diesel generators, which although not used very often, are costly to service and test to ensure that critical IT systems, lighting and fire defences can keep working if the grid trips. That would be a huge cost-saving.

“However, I don’t think it is at all realistic to expect V2G to power a terminal for long periods. That said, in the future, V2G might be able to do so for a short period of time if a grid goes down.”

But what of V2B and V2H? Marco Landi, Innovate UK’s V2G innovation lead, says: “If the UK already has a V2G infrastructure and value chain, it will be easier to implement V2B and V2H specific use-cases, with seamless transition between V2G and V2B. But, at the same time, V2B and V2H installations aren’t wholly dependent on V2G.”

However, Maria Bengtsson at EY thinks that making the case for V2H is vitally important if V2G is to thrive. She says: “The British Parking Association’s report on car parking indicates that a car is parked 80 per cent of its time at home, 14 per cent at destinations with rest in transit. This demonstrates that for any business model around V2G to be successful, it will have to consider what role homes will play in the model.”