Digitisation is revolutionising the way infrastructure is built and maintained, giving organisations the ability to track a dazzling variety of datasets to better inform decisions 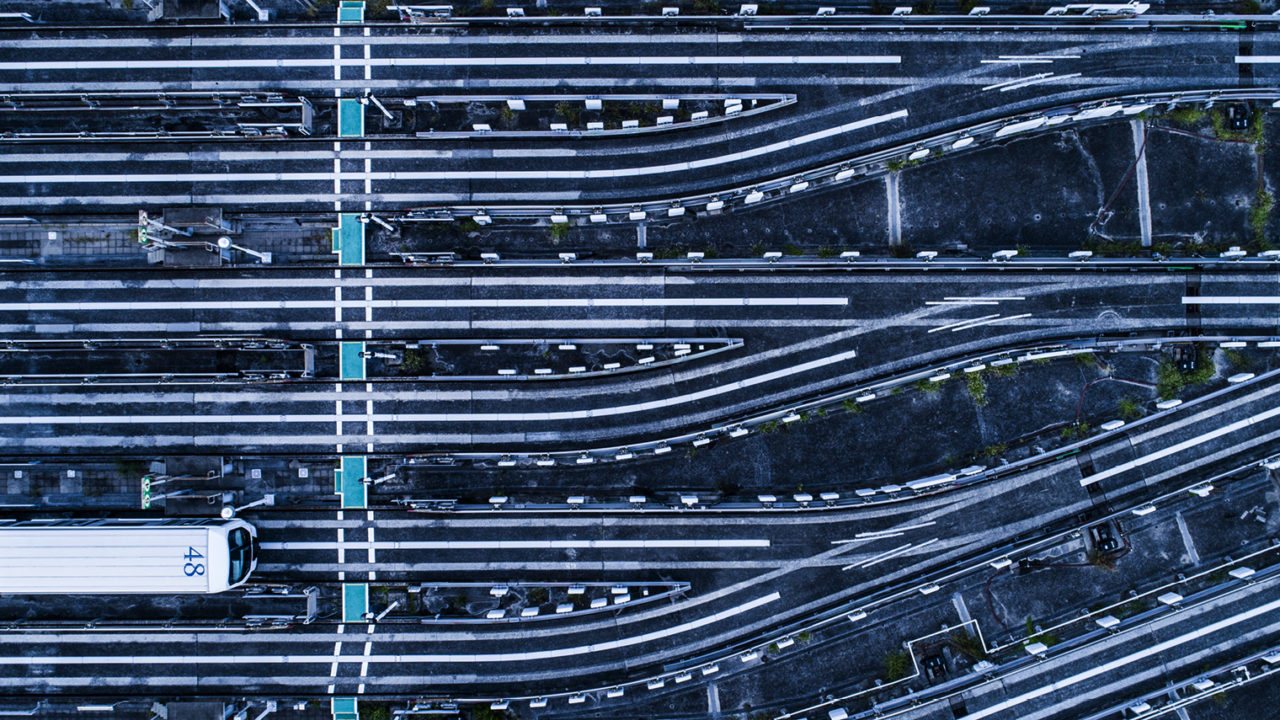 On the face of it, Network Rail is a nightmare to run. The state-owned body operates 20,000 miles of track, 40,000 bridges, viaducts, tunnels and crossing points. How on earth do managers keep track of such a tangle of rail and assets?

To draw up a forensic image of everything it owns, Network Rail found a radical answer. It commissioned helicopters equipped with laser radar, known as lidar, to fly the entire length of the rail network, at a height of 250 metres, to scan everything in. The result is a detailed 3D digital model, featuring every tree, hill, sleeper and building to an accuracy of 4 centimetres.

The old method of guessing where infrastructure needs to be located is over; the data crunchers are changing the game

Network Rail can use this 3D model to identify potential flood points by looking at the soil type and gradient. Engineers can see where trees are growing too close to the track. Storage buildings can be classified and noted for future use.

The 3D map is a base around which more data layers can be introduced. If needed, Network Rail can overlay 4G mobile signal strength maps, land ownership boundaries and 140 other data layers.

The Network Rail story is an example of how a discipline called spatial analysis is changing the way infrastructure is built and maintained.

Spatial analysis uses data from many sources to give full picture

At the heart of spatial analysis is data. Lots and lots of it. A basic map is adorned with dozens or hundreds of interactive data layers. Platforms such as Esri, Caci and Alteryx offer libraries of proprietary and open source data from Experian, Dun & Bradstreet, the Ordnance Survey, census data, satellite imagery, Met Office weather data and hundreds more to be woven in with the client’s own information. Spatial analysis takes the guesswork out of infrastructure planning, by integrating every known source of data into a single working model.

Here’s another example. Local authorities want to install charging points for electric vehicles across the UK. The money is there as the government funds 75 per cent of the cost. The question is where to put the chargers?

Rather than randomly sprinkle charging points, Emu Analytics, a consultancy with expertise in spatial analysis, created a UK-wide digital map identifying the location of all current electric chargers, plotted against residential density, and car and electric vehicle (EV) ownership. The result was a rich analysis of where new charging points ought to be located.

This approach gives local councils all the facts they need to make decisions. For example, Emu Analytics is able to state that Newcastle has the best EV charger ratio to cars, with 1.45 chargers per car, while Peterborough has the worst at 485 cars to every charger. The lack of rapid chargers highlights why consumers might be reluctant to buy. With just 1,500 rapid chargers and 3,400 connectors as of May 2018, there was only one rapid charging connection in the UK per 43 cars: not good enough.

Councils can use spatial analysis to find sites with good parking, demographic data to forecast where EV ownership is likely to be strongest and local authority data to find streetlights suitably located for conversion to charging points.

The demographic angle is particularly enticing. Infrastructure planners can make use of a dazzling variety of datasets about citizens such as where they live, incomes, buying habits, family sizes and travel routes. The mobility app Moovit anonymously aggregates travel data to track how commuters make their journey to work. The city of Boston used data from Moovit to unearth the fact that many commuters avoided using the train as they had nowhere to park at the station. It became clear that increasing bus routes along the commuter belt could ease the bottleneck.

Benefits of spatial analysis bring rigour to decisions on infrastructure. A vast number of factors can be modelled together, using an intuitive drag-and-drop interface. Staff across multiple sites can take part as most platforms are on the cloud and even accessible via smartphones.

The old method of guessing where infrastructure needs to be located is over; the data crunchers are changing the game. When we need a charging point for our cars or a bus to get to work, spatial analysis means they will be exactly where we need them.

How TfL runs its road team

Transport for London, or TfL, operates one of the most extravagantly complicated road networks anywhere in the world. Keeping track of where work is needed and where staff need to be is a formidable task. So TfL built the Surface Playbook to co-ordinate everything. Built using Esri ArcGIS, a spatial analytics platform, the Surface Playbook works on a desktop, mobile and tablet. It maps out the road network, and where maintenance projects are needed, under way and planned for the future. Staff use the app to view work schedules. The playbook prevents clashes: two teams inadvertently turning up at the same site can cause mayhem. Planners can draw down more than 400 data layers into interactive street maps to build a picture of what is needed. A simple time-slider function makes it easy to see how work is scheduled at an asset over time. “Surface Playbook provides a comprehensive picture of our road network, assets, current works and projects in one place, giving employees the best information from which to make important planning and operational decisions,” says Fiona Clowes, who helped build the playbook as TfL geographic information system lead.