In an era of rapid technological change, how can investors be sure that new infrastructure developments will remain relevant? 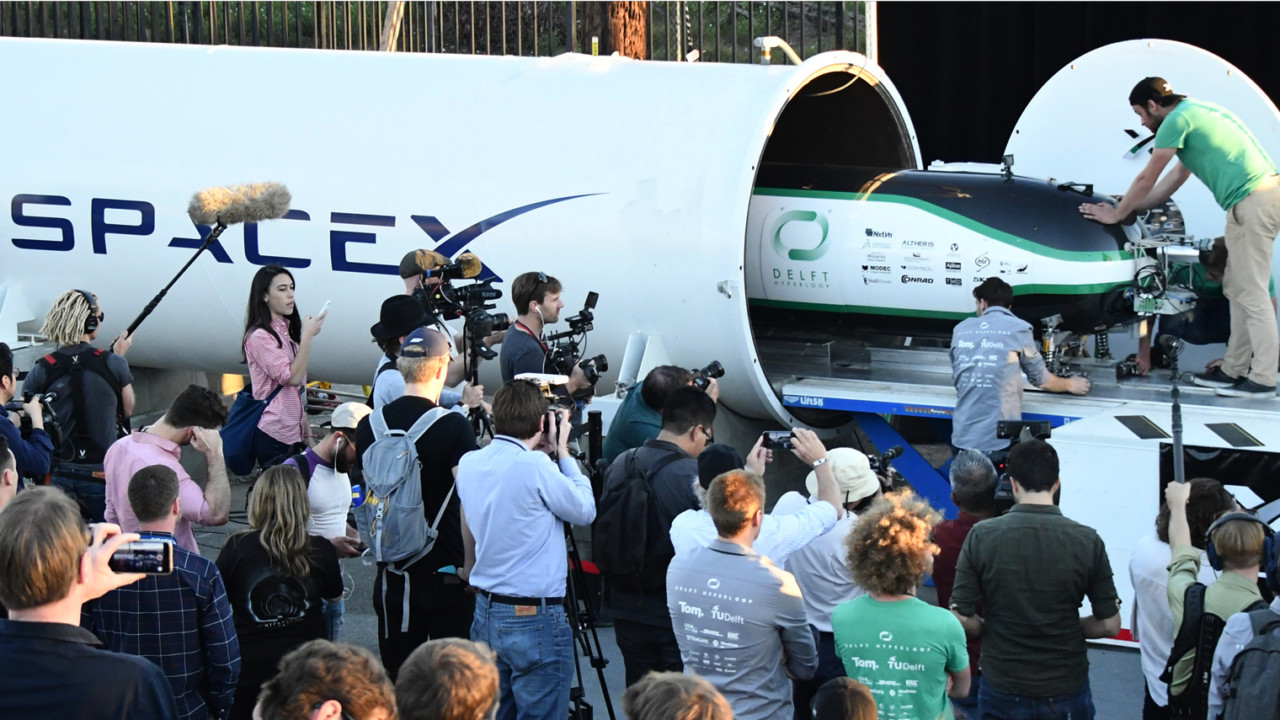 The UK’s national infrastructure – the roads, rail, runways, power stations, bridges and tunnels which underpin our daily activities and drive the economy – is expensive, often costing billions of pounds to construct a single asset.

Projects can take decades to plan and approve, and once they are operational, we expect them to last. The Victorian sewer tunnels which snake underneath London, for instance, are only now being upgraded. The UK’s biggest power station, the Drax coal plant in North Yorkshire, is 44 years old.

Yet even the most robust of designs eventually need to be replaced and there is little doubt that we need more efficient, upgraded infrastructure to cope with modern-day issues, such as climate change, a growing population and a more mobile workforce. The UK faces a large bill for keeping its infrastructure up to speed; the Institute for Government think-tank estimates £250 billion of investment will be made in the next five years.

With that kind of money at stake, and with much of it sourced from the taxpayer, investing in the right projects and technology is crucial. The creators of infrastructure designed today have access to technology which did not exist even a decade ago, but delays, cost overruns and abandoned projects, caused by investing in the wrong technology, can be financially ruinous for developers and a nightmare for governments hoping to gain approval from the citizens footing the bill.

So how do lenders, developers and government decide which infrastructure projects and technologies to back? Mark Muldowney, who leads lending and advisory at global bank BNP Paribas in London, says investment decisions mean anticipating future changes in consumer behaviour and technology.

“You have to make very broad assumptions about what’s going to happen,” he says. “For example, no one really knows what our electricity system is going to look like in 15 years’ time. Are we all going to be driving electric cars? Will we move over to electric heating? In that case, there’s going to be a vastly increased demand for electricity assets and technology.”

Mr Muldowney says, in return for accepting the high levels of uncertainty presented by increasingly rapid technological change, investors may start to want faster and higher returns. “An issue that lenders struggle with is taking a lot of genuine market risk and understanding what the value of the technology they’re lending to will be in five years,” he says, citing the ever-shifting smartphone market as an example. “Today, no one expects to have the same iPhone in 15 years’ time. You look at it as a two-year investment. It could be the same for investors’ return expectations for new and emerging infrastructure technology.”

Instead of taking a high-risk punt on financing first-of-a-kind assets, more cautious lenders may instead prefer to fund projects that integrate new ideas into existing infrastructure. Engineer and author Roma Agrawal says the UK already has a highly developed infrastructure network and suggests, therefore, that technologies which improve existing assets could be strong contenders for investment. For example, self-healing concrete is currently being trialled by Cardiff University and meets a very pressing need in the UK as we spend around £40 billion a year repairing bridges, tunnels and roads.

As a crowded island, space is also an issue when deciding whether to upgrade old infrastructure or build anew. While other countries with more space are racing ahead in cutting-edge infrastructure programmes – Mexico, for example, is hoping to become the first to install the much-vaunted Hyperloop system to transport commuters between cities at up to 1,200km per hour – the UK could instead become known as a knowledge hub for upgrading existing infrastructure. We already have form with such developments. The 132-year-old Blackfriars train station in London, for example, is now a railway station, a bridge, an Underground stop and a solar plant, all in one.

The UK’s space constraints can also influence which new technologies find commercial success. For example, the UK is considered the world leader in offshore wind power, which powers around two million homes. The technology has flourished in the UK in large part, Mr Muldowney says, because we simply don’t have the room for new power plants onshore. Offshore wind farms are largely out of sight and out of mind to the vast majority of the UK population, whereas “onshore power projects repeatedly run into space and planning disputes between residents and local councils”, he says.

This is an example of another risk new technologies face: whether or not they find favour with the government of the day. Political backing can help some emerging technologies to speed ahead, while others fail. Offshore wind has boomed under UK government planning support and subsidies, and manufacturing costs have fallen dramatically. Danish power company Ørsted built many of the UK’s offshore wind farms. Their senior asset manager James Sun says UK state support has been crucial, with “any technological advances needing to go hand in hand with the market and regulatory reform to support them”.

In contrast, efforts to develop cleaner coal technology have floundered without state backing. The UK government abandoned a £1-billion competition to develop carbon capture and storage technology in 2015. The competition saw companies such as Shell and SSE race to create methods to safely remove and store carbon emissions from coal plants. Once the government pulled the plug on the competition, the companies abandoned their research efforts.

As ever, building infrastructure, whether it is a road or a wind farm, is a complex interplay between citizens, businesses, lenders and the government. What is particularly challenging at the moment is the pace of advancement in technology. To make prudent investment decisions, financiers and government are increasingly being asked to adopt the forward-thinking attitudes of the engineers, scientists, architects and designers driving these rapid changes.

Doing business on a global scale requires citizens to have access to low-carbon, affordable means of energy and transport, so investing in the right infrastructure technologies to enable this could have a significant impact on the UK’s competitiveness in the years to come.

One area where technological advances are mixing successfully with big business in the UK is renewable energy. As consumers become more aware of the need for low-carbon energy and businesses establish ambitious carbon reduction targets, some companies are choosing to build or buy their own forward-thinking energy infrastructure.

Rather than rely on existing power from the national grid, retail giant Marks & Spencer has built its own renewable power systems, installing solar panel systems atop nine of its UK stores and owning one of the largest rooftop solar systems in the country at its Castle Donnington distribution centre.

There is also a growing trend for businesses to buy their power directly from renewable power providers. Known as corporate power purchase agreements, electricity-hungry businesses such as BT are inking deals with individual energy projects such as wind farms, geothermal and solar plants.

BT’s annual energy bill comes to around £350 million and it consumes the equivalent of 1 per cent of the UK’s electricity output to power its operations. It has signed deals with wind farms in Lancashire, Wales and Scotland to supply its power. Other major corporations have followed suit with Sainsbury’s, McDonald’s, HSBC and Nestlé all working directly with renewable power plant owners to guarantee their energy sources.

The trend for securing your own clean power supply is spreading from businesses to their customers. IKEA has developed its own solar and battery storage products, available off the shelf for £3,750, enabling UK homeowners to become self-sufficient, technologically advanced energy users too.