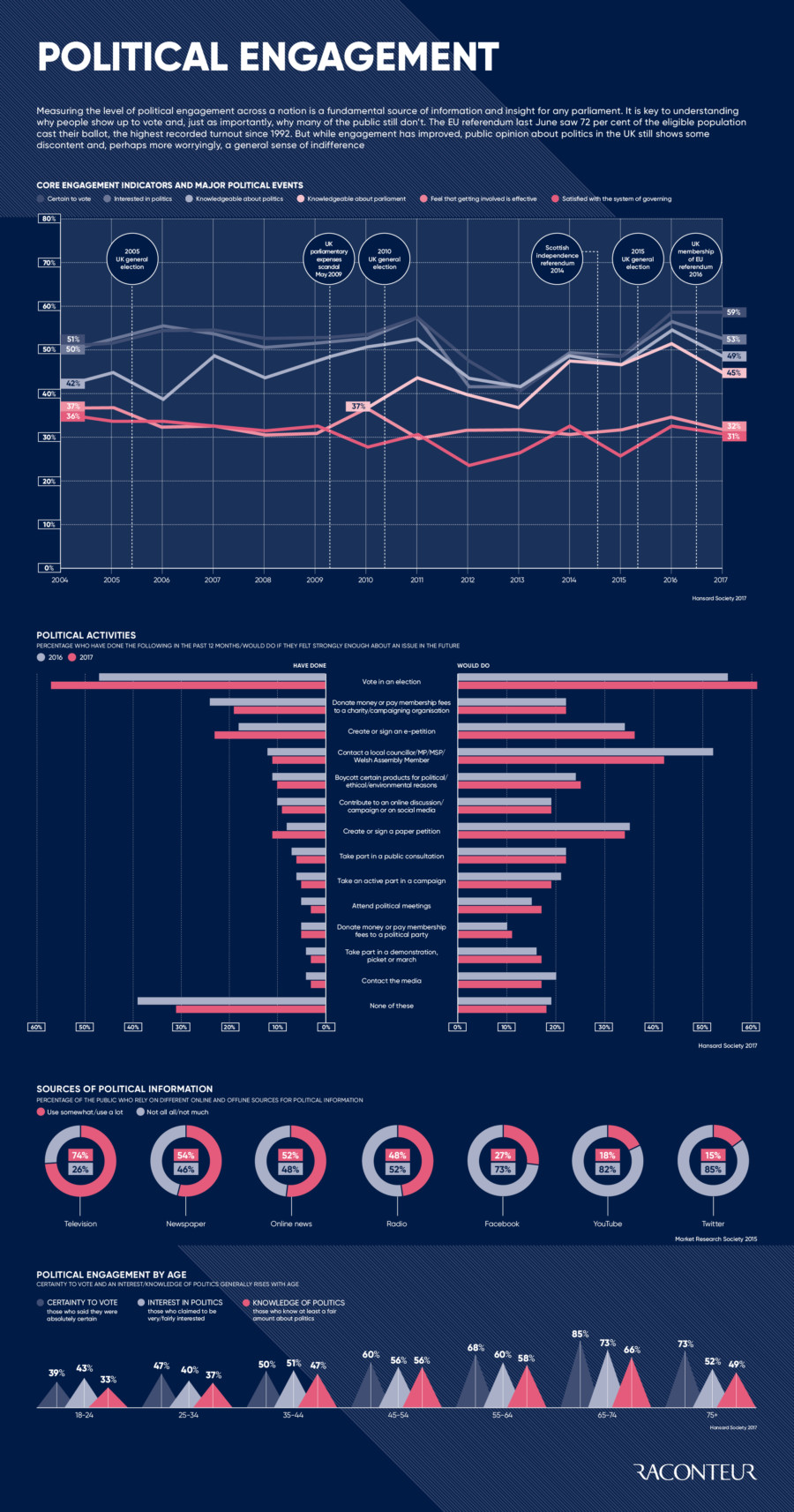 Measuring the level of political engagement across a nation is a fundamental source of information and insight for any parliament. It is key to understanding why people show up to vote and, just as importantly, why many of the public still don’t. The EU referendum last June saw 72 per cent of the eligible population cast their ballot, the highest recorded turnout since 1992. But while engagement has improved, this infographic shows public opinion about politics in the UK still shows some discontent and, perhaps more worryingly, a general sense of indifference