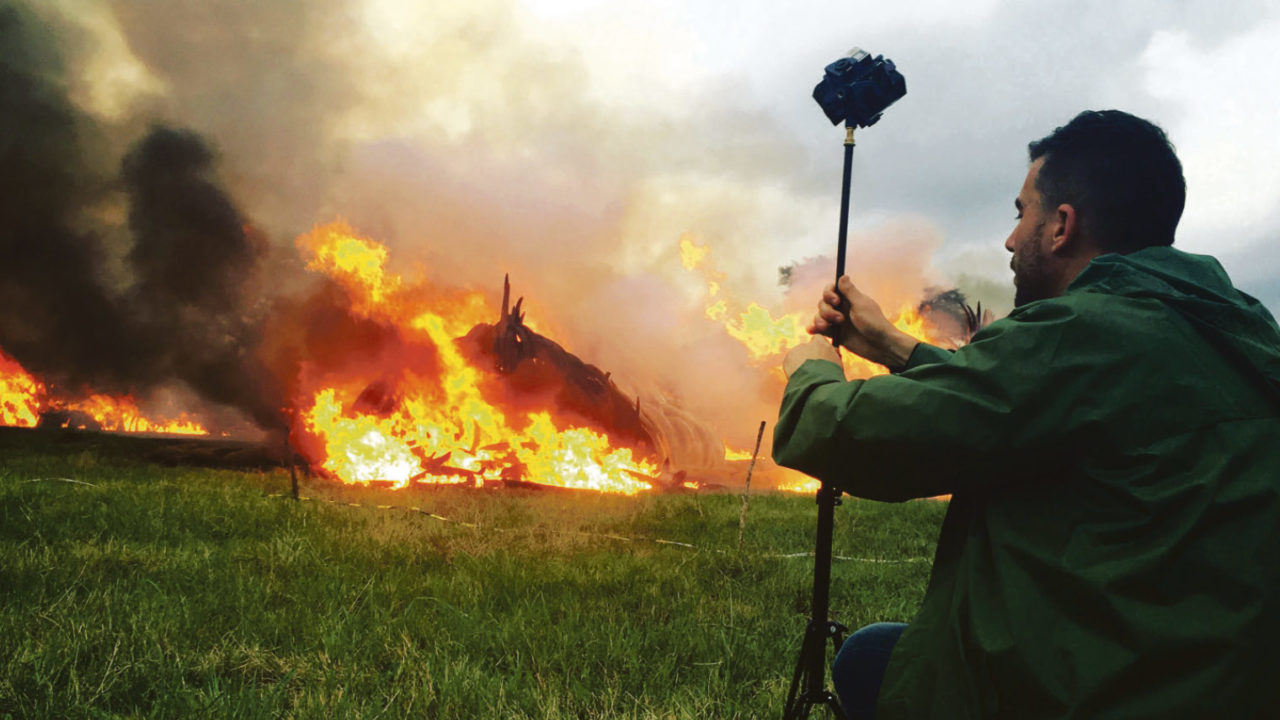 It was the sight of viewers in tears after they had been transported into the midst of crumbling buildings in last year’s Nepalese earthquake that first convinced filmmaker Bryn Mooser that virtual reality (VR) was the future of journalism.

“When they would take off the headsets, a lot of them would be crying as if they had some personal relationship to Nepal,” recalls Mooser, founder of pioneering VR producer RYOT, which was bought in April by AOL-owned media brand The Huffington Post. Had he shot his footage in more conventional fashion, he doubts he would have generated anything like the same reaction.

“This is the year of virtual reality” proclaims the slogan for Beyond the Frame, a new partnership between Viceland, the new television network from media group Vice, and Samsung, which through its Samsung Gear headset is a leading producer of VR goggles.

VR has become the talk of the news industry. From The New York Times to Euronews, organisations are falling over themselves to appoint senior executives to oversee production in the format. Sky News will shortly launch an app dedicated to VR content in news and other genres. Mooser is to host what he describes as the “first-ever global news show” in VR. The Big Picture: News in Virtual Reality is being made by HuffPost RYOT and will shortly premiere on the Hulu app.

Yet even as this revolution is being televised, much of the viewing public is oblivious to what is taking place. Because donning the rather bulky VR eyewear remains a niche pursuit, with under a million headset sales worldwide, many to hard-core gamers.

While 2016 might not feel like the year of VR, levels of investment in the technology reflect expectations that it will transform the practice of journalism, and the relationship between news and those who consume it.

“The promise is so big, which is why we have gone in early when we know it’s early,” says Jimmy Maymann, AOL’s head of content and consumer brands. “To have the reporter stand in a war zone… and [you can] put yourself in the narrator’s place, that is emotionally so strong – nothing we have done in the past, either in text or video, has been as strong as that.”

Mooser agrees that this is only the beginning. He is pushing the boundaries in 360-filming, which does not require a headset and is regarded as a first step towards VR’s more immersive viewing experience. RYOT achieved a journalistic first this summer by using 360-filming to give the audience an all-around panorama of the famous balloon drop finale at the Republican Convention. “Nobody had ever shot this in 360 before,” says Mooser, who challenged his team to get the film on the HuffPost website “before the last piece of confetti hits the floor”. A seven-person relay team raced the camera’s memory card to a nearby Starbucks to post the film online.

One of the outstanding VR films made thus far is the 11-minute Fight for Falluja, recorded by The New York Times during five weeks embedded with Iraqi forces battling Islamic State. The all-encompassing view exposes the vulnerabilities of those on the front line and journalists who would normally be hidden behind camera. Sky News correspondent Alistair Bunkall made a VR film among migrants in Lesbos. Vice News made the first VR newscast last year, parachuting viewers into traffic-blocking New York protests over unaccountable policing.

But, aside from the cost of the headsets – between £100 and £700 – production difficulties have slowed the growth of the format. “VR is difficult to do,” concedes Rich Evans, head of social media at Sky News. Most VR cameras are not only pricey, but heavy. “Most time-consuming is the editing, to stitch it together so that it feels like a seamless experience, as opposed to ‘I can see this big black hole’ or ‘this arm and shoulder don’t match up’.” But he remains sure VR has an exciting future in news.

Jason Farkas, head of CNN’s VR unit, is pioneering the use of a plastic rig made from a 3D printer and containing six GoPro cameras, which shoot independently. The kit is being supplied to all bureaux and is the size of a grapefruit. Mr Farkas describes the initial experience of watching VR as a “holy cow moment”.

VR will get more immersive as haptic controls and ambisonic sound give users enhanced sense of touch and hearing. Augmented reality (AR) is a tricky area, which might threaten the integrity of editorial content. But AR can be used to layer rich graphics and other “explainer” features on top of the core journalism.

Also VR will influence news as a tool of the public relations industry. This week’s Helsinki-based Nordic Business Forum will enable an international press corps to view its speakers remotely on VR goggles. Reporters will have “an immersive 360-degree sense of the forum, giving them a ‘front-row view’ from the comfort of their own home or office”, says co-founder Hans-Peter Siefen.

The launch of Google’s Daydream VR system, based on mobile phones, should be transformative. “The next 12 months is a critical time,” says Andrew Hawken, former head of Sky News Digital and chief executive of VR content startup Mesmerise, who is speaking on VR at next month’s PromaxBDA UK The New Normal conference. “Pretty much everyone has a smartphone, so the Google strategy is based on enabling the smartphone to be capable of great VR – and it’s relatively inexpensive,” he says.

Louis Jebb, founder and chief executive of London-based VR specialist Immersivly, says the news business has seized the moment and moved beyond experimentation with the format. “In the last two to three months, the companies that invested in pilot schemes have moved to appointing an executive producer to oversee day-to-day aggregation and production,” says Mr Jebb.

VR can be a game-changer for news by putting the audience at the heart of events, he says. “It has the power to modify their attitude to what news is through an altered sense of editorial engagement.”