The cost of absenteeism is well-known. What is less well-known is the cost of presenteeism, which may be ten times greater.

Presenteeism was traditionally defined as an employee coming into work when not physically or mentally fit. The term has now been broadened to include employees who are at work but simply disengaged says Cary Cooper, Professor of Organisational Psychology and Health at the Alliance Manchester Business School.

“Our consultancy Robertson Cooper surveyed 39,000 workers and found that 28 percent of them came into work when physically ill and 12 per cent were job dissatisfied, with only 35 per cent happy and healthy,” he says.

This leakage of productivity is inherently difficult to measure, including such phenomena as employees who stay at their desk on Facebook waiting for their boss to leave and workers surreptitiously running an eBay trading business during office hours. However a study by the non-profit Integrated Benefits Institute in the US put the costs of health-related presenteeism alone at more than ten times that of absenteeism.

Professor Cooper argued that presenteeism is increasing due to high levels of job insecurity since the recession. “A couple of other factors also lead to presenteeism such as workers not wanting to let their colleagues down so they turn up to work ill and not wanting their absenteeism on their HR records.” It’s hard to say whether the emergent gig economy would lead to more presenteeism, he says. “It would depend on how your employer treated you.  If you’ve got a gig employer who wants you present then you’ll get presenteeism but if you have a flexible working culture then it won’t necessarily lead to presenteeism.”

One issue is that top management hardly set a good example, and often try to position themselves as superheroes.  In 2011 Lloyds Bank chief executive António Horta Osório took time off because of stress - but this is a rare example. More common is the attitude of Jamie Dimon, chairman and chief executive of US bank JP Morgan, who was diagnosed with throat cancer in 2014 and sent an email to all employees saying he would “run the company as normal” while undergoing radiation and chemotherapy.

Another factor contributing towards employee engagement is employees having autonomy and control over their jobs, remarks Professor Cooper. “Gym membership and ping-pong tables aren’t sufficient in terms of developing a wellbeing culture. A wellbeing culture is where your line manager gives you control and autonomy over your role and makes you feel valued.”

One firm that has taken this kind of message to heart is London-based branding agency Whistlejacket. “We don’t offer staff holidays, we just ask staff to take whatever they think is appropriate,” says co-founder Richard Morris. “When we set up the company, we didn’t want people stressing about counting days or missing out on family occasions if they didn’t have any leave left. Interestingly - we’ve had to introduce a minimum allowance, as the ‘unlimited’ offer seemed to dissuade staff from ever taking leave; quite the opposite to what we intended.”

Mr Morris says that flexible working approaches on holidays and working hours means that presenteeism isn’t a worry for the firm. “But of course, there are people who just can’t help themselves. So I make a personal point of asking everyone who is still in the office when I am leaving what they are engaged in, can it wait, and can I help?“

But it’s not only trendy creative agencies that are keen to have highly engaged employees. Southport-based law firm Fletchers Solicitors offers flexible working policies and has run ACAS-accredited mental health awareness training as well as “personal resilience” workshops to enable staff to identify when they might be feeling stressed and how to develop coping strategies.  Fletchers also offers subsidised gym and yoga class membership. Six months later, days lost to sickness have been reduced from 2.29 per cent to 1.24 per cent.

However, benefits are only one factor in maintaining employee engagement, acknowledges Tim Scott, people director for Fletchers. “We’ve had a big push on wellbeing but we’re also working hard on aligning our business objectives with personal targets of employees. One of the key motivational aspects of working here is that everyone understands what they are doing to influence the success of the company.”

Mr Scott admits that presenteeism can be difficult to spot in an environment where everyone is focused on meeting targets and supporting our customers. “The honest answer is that I don’t think we can ever really know how big a problem presenteeism is – someone who is really good at hiding how they are feeling could make sure no-one ever knows. That said, by creating a positive culture in which team members know they can speak openly to their managers, the People Team or their colleagues about how they are feeling – and that action will be taken as a result - we’re hopefully making that less likely.” 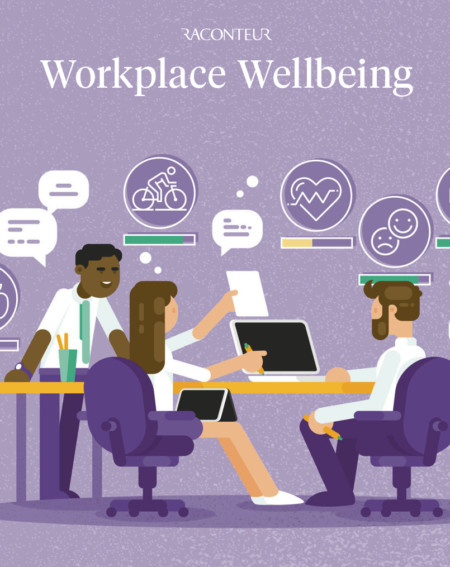 How to truly get the most from your employees