The recent increase in demand for so-called soft skills, such as communication and adaptability, has been inevitable. How to equip workers with these skills, however, is less clear-cut 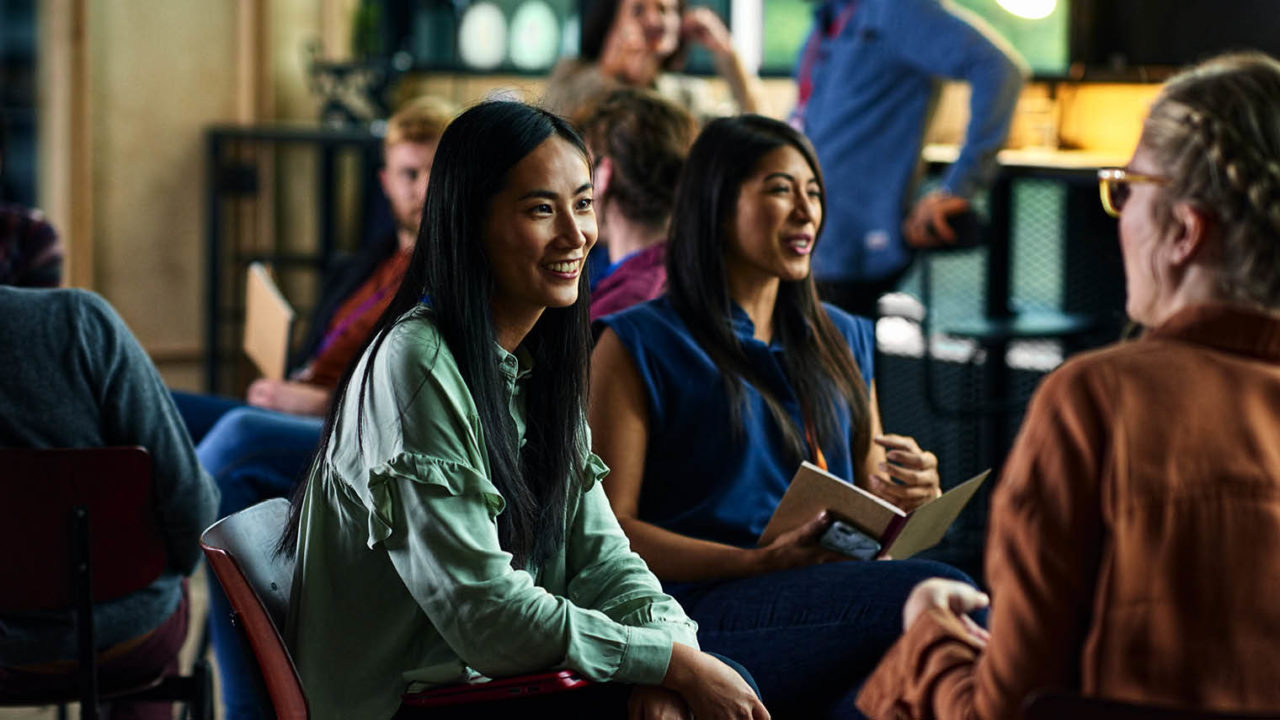 It’s an astonishing statistic, but the World Economic Forum recently estimated that 65 per cent of children currently in primary school would end up working in jobs that don’t even exist today.

This stunning example of the rapidly changing professional landscape is an indication that it’s the transferable skills which are going to become increasingly prized by employers. Also, there is going to be a greater emphasis on soft skills training as we move ahead into a work environment dominated by technology and automation.

And this soft skills revolution has already begun, with words like communication, adaptability, collaboration, leadership and even culture-fit sharing equal billing on CVs and LinkedIn profiles with the hard skills learnt through formal training.

There is good reason for this too. As a recent LinkedIn survey revealed 57 per cent of leaders say soft skills are actually more important than technical skills. But what are those leaders doing to future-proof their workforce?

One of the keys to closing any soft skills gap in an organisation is to motivate the existing workforce to identify them for you.

“They need to take responsibility for their own career development, which is where personal branding comes in,” says Stephanie Morgan, managing director of Bray Leino Learning, specialising in bespoke digital learning.

“When your learners are on board with the concept of ‘Me PLC’ they will identify themselves whether they have the core soft skills needed to succeed.”

This also streamlines the process and ensures soft skills implementation is more closely aligned to the goals of the business.

Feedback will then inform what kind of coaching and soft skills training strategy needs to be in place, but these will only be successful if you have the structure in place for it to thrive in the workplace. Using 360-degree feedback, where employees receive anonymous feedback from fellow workers, and internal coaching can produce the most significant performance boosts, according to research published by the Journal of Occupational and Organizational Psychology.

“Soft skills are best taught by creating a team of internal implementation specialists to support the transfer of learning in the workplace after the completion of a learning programme,” says Ms Morgan. “This role could be performed by a learning and development team, HR or internal specialists.”

How to coach employees on soft skills

And there is little doubt that soft skills can be taught. There is plenty of evidence that problem-solving, emotional intelligence, time management and even creativity can all be learnt through soft skills training programmes.

One of the keys to being successful is to ensure there is a feedback loop in place whereby workers can be evaluated, and evaluate for themselves, how their skill areas are developing. This can happen during the performance review process when resources can also be put in place to help them achieve a particular goal.

For example, if an individual has identified that public speaking is a soft skill that needs sharpening, then a plan can be put in place whereby they start leading more meetings, all within a safe-to-fail environment which will boost confidence.

A soft skills curriculum for the workplace can also be taught by example, making sure that everyone from high-profile executives to managers are all in receipt of the key skills the business values the most. One of the most effective ways to ensure new recruits or existing employees are in step with the personnel whose soft skills you want them to emulate is to rely on company mentorship programmes.

The good news is that leaders who possess soft skills, such as problem-solving, positive attitude, emotional intelligence and curiosity, are better equipped to instil those traits in others, particularly because they are more likely to listen to feedback so they can make changes. This can also inform the hiring process for these positions.

With this structure in place, productivity will rise as was shown in a study by the Hay Group that revealed managers who incorporate soft skills training into their leadership technique can increase team members’ performance by as much as 30 per cent.

Interestingly, it’s not just leadership and management that can close the soft skills gap of any organisation, and the hardest of skills, such as augmented reality and virtual reality, are being leveraged to improve soft skills training.

A cutting-edge tool from Californian company Talespin, which seeks to transform workforces using new technologies, harnesses artificial intelligence (AI) to create a situation whereby the soft skills of an employee can be evaluated and developed using software alone. Employees can interact with a virtual human who is programmed to improve their soft skills, using tools including natural language processing, speech recognition and AI to simulate realistic conversations.

Kyle Jackson, chief executive and co-founder of Talespin, says: “Improved workplace communication and empathy are the most critical factors we’ve identified as we help organisations think about the future of work. We’ve developed our virtual human technology to help people better prepare for a rapidly changing workplace dynamic and evolving technology by improving their interpersonal skills.”

This exciting new tool can be tailored to enable a business to incorporate the soft skills they prize into interactions with the virtual characters. Then, through scoring and direct feedback, a company can monitor an individual to see how they are developing those essential skills over time.

It’s just another example of how a soft skills curriculum can be coached, and how established practices and some exciting emerging strategies can be put in place right now so the benefits can be felt by businesses sooner rather than later.

Some say people are hired for hard skills and fired for soft skills. However, in most organisations this thinking is now giving way to a mindset that values them equally, realising a soft skills gap will only lead to customer service issues, internal strife and high staff turnover down the line. One company that has come to this conclusion is The Motley Fool, a renowned US multimedia financial services company based in Alexandria, Virginia. Recruiting managers at the company have long been made aware of the importance of soft skills and there is a healthy culture of allowing employees to reach their potential by focusing on their soft skills when there is a hard skills failure. An example of this was when an IT employee was struggling to get to grips with one of the new technologies the company is always seeking to install to ensure its relevancy in the media world. However, the team had already identified that this person was in possession of some good soft skills and he was asked to move to a different role within the company, working more directly with their customer base. He was coached in this new role by existing team members in that area and, rather than him losing his job and The Motley Fool losing an employee, he filled an opening that otherwise would have cost the company time and money to recruit for. And the soft skills in play weren’t just the employee’s newfound people skills, but the adaptability and problem-solving used by the company’s recruiting team.