There’s the subjective view of productivity taken by an employee: ‘I have my head down and everyone’s left me alone.’ But for an organisation, it’s about performance and output, which is an objective view. The aim, of course, is to marry these two. But we are getting ourselves in a tangle. We need to be creating spaces that can foster and support both angles on productivity. People need to feel they can be productive but the organisation needs to believe the workplace has motivated them. Create as much of that choice as possible, supported by fantastic amenities, and you have the conditions for productivity.

Space itself is a journey, not a product. It’s a permanent beta trial, which means you are enabling change long after the space is ‘finished’. How many change programmes wind up a few weeks after the last move? Very often, the success of one space or area mitigates against the success of another, and invariably this occurs over time as people get to understand the space and change the way they work. It’s important to continually observe, test, discuss, measure and be prepared to tweak and change the space, because no one wants to wait 15 years for the
next crusade. It is also worth remembering that a flexible or ‘activity-based’ workplace takes much more management than a static arrangement.

The workplace ‘industry’ continually lurches from one panacea to the other, awaiting the messianic idea. Its current plaything is co-working. Workplace is not a complex subject, despite the attempts of many to make it so. We spend around half of our time working alone, half working with others. That’s a good enough starting point for just about every workplace scheme.

There is an almost institutional pressure to be ‘disruptive’. Don’t try and be too clever with people’s productivity, wellbeing and comfort. People still need to understand the space being provided, how it works, and to see the opportunities it offers. You don’t need to challenge people out of their wits.

It’s important to continually observe, test, discuss, measure and be prepared to tweak and change the space, because no one wants to wait 15 years for the next crusade

Mimicry can be a bit awkward and expensive, especially where fads are concerned. By all means consider the approach, methodology and thought processes adopted by others, but not necessarily the outcome. The design may then last longer than the initial two-second dopamine rush you get from seeing a climbing-wall in the corner.

The greater choice you provide, the easier it is to hand control of the workplace to the occupants. We need to avoid being too prescriptive and allow people to use the space as they wish. If we provide a considered choice of setting, from the most focused and private to the most interactive, the people using the space will do the rest.

The success of a workplace scheme is so very often in the detail and not the vision. Spend less time on chiseling the mission statement and more on what it means to people at the micro level. They’ll look through your grand ambitions to see if their locker is big enough and there’s space in the kitchen for their muesli. As buildings should be designed from the inside out (but rarely are) then the workplace should be designed from the kitchen cupboard out. I think it’s quite possible to think of everything. 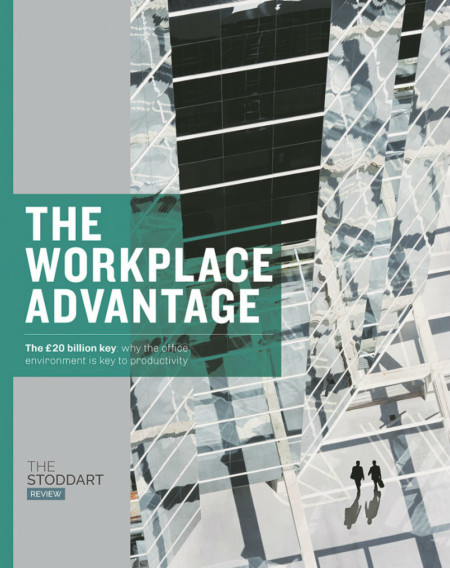