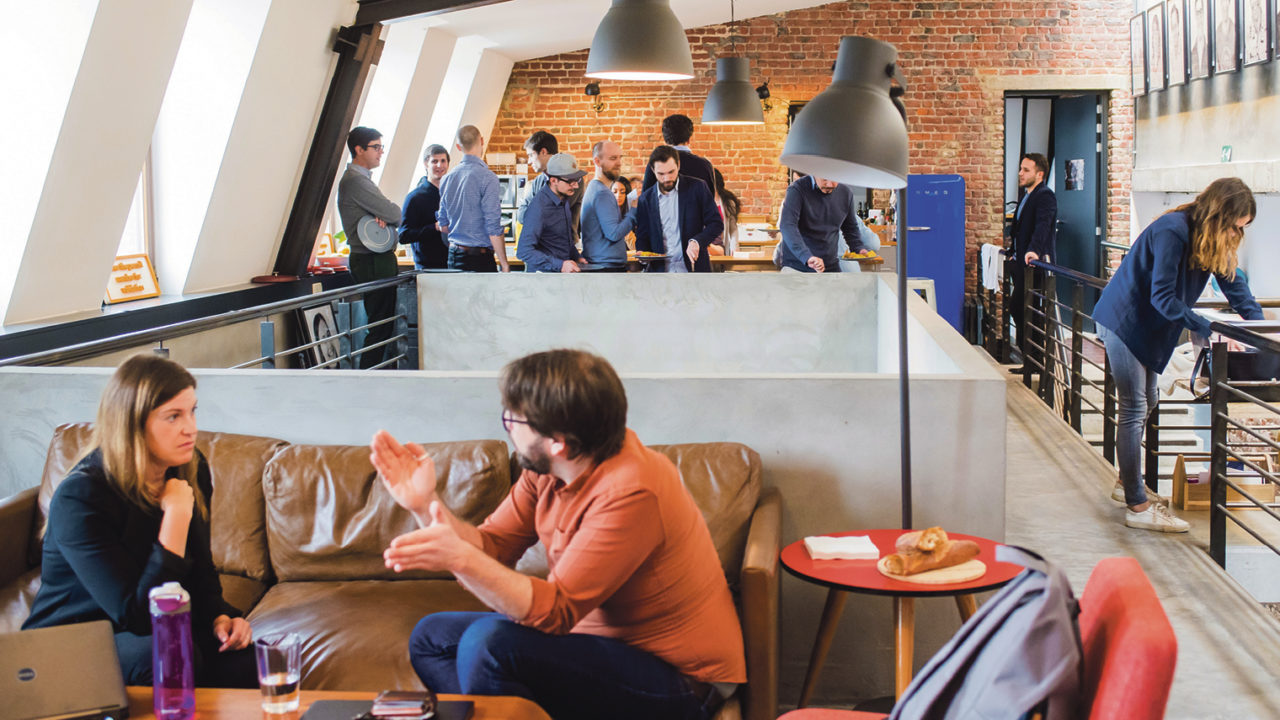 When it comes to understanding the drivers of employee productivity, relatively few firms look beyond fresh fruit and Pilates.

To many organisations, peering too closely at engagement “opens a dangerous and potentially expensive can of worms”, argues Dean Hunter, founder of HR consultancy Hunter Adams.

Yet the causes of a toxic workplace are far more likely to be about cultural failings, which are largely fixable, rather than salaries, which are often not.

“Fostering a high performance culture means tackling bad managers, providing clear career paths and having a business vision that makes people want to get up in the morning,” says Mr Hunter.

“Without these basics, all the free lunches and foot massages in the world won’t stop your talent from walking out of the door.”

Management and leadership not paying attention

It was the apparently mystifying 60 per cent staff turnover at one consumer goods firm which recently prompted a request for help.

“The leaders weren’t bad people,” says Mr Hunter. “They loved their business and were passionate about customers, but management was fixated on growth and EBITDA [earnings before interest, tax, depreciation and amortisation], and assumed everything else was OK.

“Yet staff told us they were expected to be at their desks for more than ten hours a day, had no career structure and described their work as ‘slave labour’. Clients were leaving because of bad service and disgruntled employees, who told focus groups they had no idea what management was for aside from ‘making money’, were costing the business more than £600,000 a year in mistakes and days off.”

A written undertaking to staff that things would change improved the atmosphere overnight and halted churn, while end-of-year results showed higher than usual employee productivity in response to a modest increase in human resources investment.

Engagement fatigue on the rise

While some are sceptical of the view that employee engagement inexorably affects the bottom line, the credibility gap between new and established businesses is growing, says Niall Cluley, managing director of performance consultancy Dragonfish UK.

“Startups with a diversity of thought innately understand what makes a high-performance culture and this is in stark contrast to more traditional set-ups, often in STEM [science, technology, engineering and mathematics], where new ideas are less welcome,” he says.

Yet at a time of record high employment, employers who fail to address engagement are playing a dangerous game.

“Demand for change by employees is driving the current market and if you want the best, it is essential to adapt the offer you make to your people,” he argues.

No one-size-fits-all solution for engaged employees

“Whatever your industry, you need to experiment with a range of engagement solutions to fit your budget and circumstances,” he says. “There’s no one single way to keep motivation levels high, but it’s vital that you are seen to be making the attempt.”

“We are currently working with one big London hotel which is tackling poor work-life balance to recruit the best,” says Mr Cluley.

“Finding new configurations which satisfy the staff, without sacrificing guest goodwill or profits, requires more time and thought than many managers are accustomed to. But if a 24/7 hotel operation can get to grips with flexible working, then any employer can.” 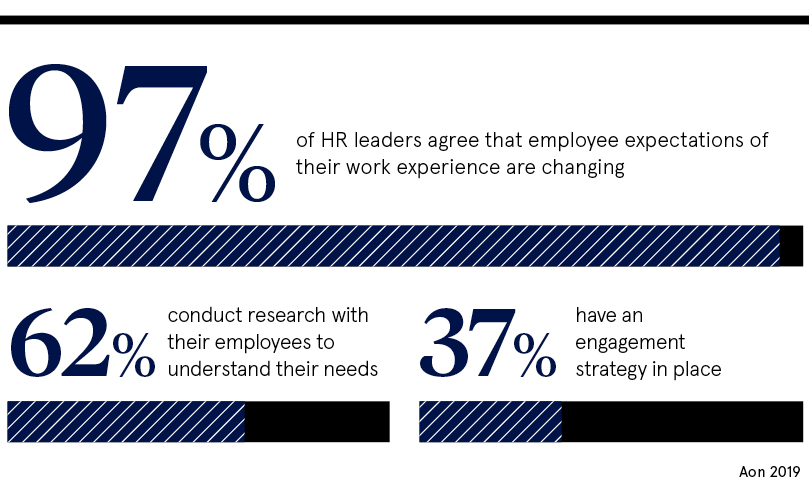 While there can be no doubt that some employees have impossible visions of working life, the so-called “entitlement culture” needn’t derail an engagement strategy.

In Mr Cluley’s view, poor management is often at the heart of a boardroom-coal-face disconnection. While a skilled, empathetic boss will manage sky-high expectations with aplomb, a bad one will simply add fuel to the fire.

Whether you run a glamorous FTSE 100 company or sweep the floors of a toilet roll factory, though, all of us need to feel that our work has real purpose beyond meeting the bills.

“Genuine job satisfaction is more about buying into the values you experience at work each day, and less about your status and salary,” he adds.

Ask your employees what it is they want

Well up to a point. For while a highly motivated team won’t need a box at Wimbledon or Wembley to keep them fizzing, they will expect a fair rate for the job, says Sharon Kennedy, founder of change consultancy Engage & Prosper.

“Given the different definitions and measures of engagement that are bandied about now, it’s not surprising employers fear they can’t match all the top-dollar gimmicks they hear about,” she says.

“What is clear though is that if you are paying people below the industry norm for their skills, they won’t engage with the job. And if that happens, all the pinball machines in the world won’t stop your business from losing money.”

It’s horses for courses, however, and while senior bods could expect private air travel as standard, a tailor-made volunteering break for a promising new graduate may say more than cash ever can.

“Do a straw poll or a survey to find out exactly what people want because if you guess, you’ll inevitably get it wrong,” Ms Kennedy advises.

Going above and beyond

While there is an inescapable trade-off between what a business can afford and what people want, there’s no avoiding the “f” word when it comes to triggering discretionary effort.

“In truth, there aren’t many jobs where greater flexibility can’t be offered, but it requires the intelligence to see how important this is to whole swathes of your workforce and a determination to make it happen,” she says.

“Until line managers learn to trust people and abandon old thinking around presenteeism, your current and future talent will continue to look elsewhere.”