Just mention artificial intelligence or AI and the imaginative mind conjures up images of Terminator machines taking over the world. Thankfully, today’s picture is much more positive.

Businesses are beginning to harness the power of AI and robotics to grow profit. Many use the technology to collaborate with their staff.

Artificial intelligence, meaning the ability of computers to make judgments, suddenly appeared real in the 1990s when computers began to beat chess world champions. Its sophistication has improved dramatically and this year Google’s DeepMind won the immensely complicated Go board game.

Such abilities make it a reality for multiple industries. Internet search firms use smart machines to predict what people are looking for, advertisers auto-target based on interests, smartphones understand voice and car manufacturers are testing self-driving vehicles.

According to market intelligence firm Tractica, business spending on AI and robotics will rise to $11.1 billion by 2024, 50 times more than the present figure.

The finance sector is among those most aggressively investigating AI. Computers that learn have the potential to be much faster at making good investments.

Charles Schwab, an American wealth management company, has a “robo adviser” service called Schwab Intelligent Portfolios. It works by creating a portfolio tailored to a customer’s requirements, and then automatically investing and managing the money.

With the in-depth, automated-market understanding that only a machine can compute, customers gain. The higher efficiency also means the company saves a great deal of time and money, and can charge less. It has opened up wealth management to much smaller fish; individuals with only $5,000 can get involved.

Such a radical use of technology, however, can be a concern. Customers of the company have asked for reassurance that the service is making the right decisions and many still like to speak to its staff when the market is choppy. 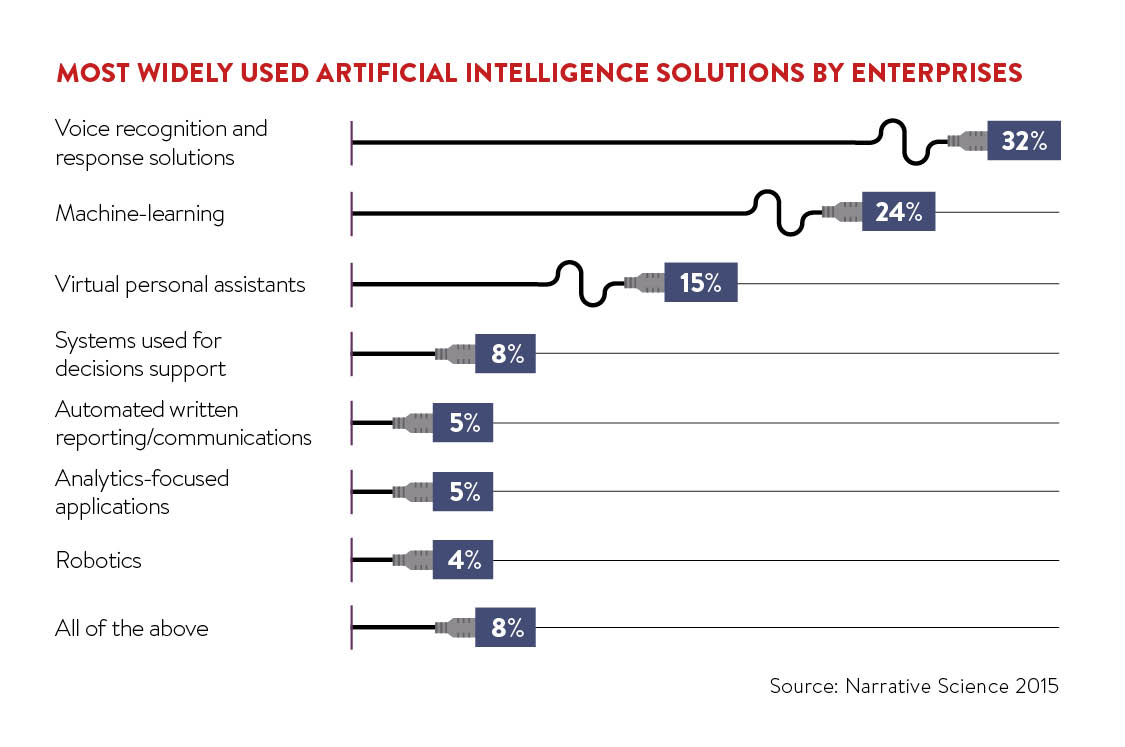 That isn’t stopping tech enthusiasm and a number of other robo advisory services, such as specialists Betterment and Wealthfront, are popping up. These moves have sparked development at megafunds Morgan Stanley and Fidelity.

Many such systems rely on machine-learning, a branch of AI that continually recognises patterns to improve its responses.

Some of the most stunning advances here have been in retail. Amazon is famed for using its data to learn and suggest additional items for each shopper. Other companies are interested, as the falling costs of processing power and AI systems push down the price.

The smart machines used in business also exist in the form of physical robots, now essential to manufacturers

Outdoor clothing retailer North Face is one high street business spending in this area and it runs a web system that learns its shoppers’ habits. The software uses its understanding to act as an online personal shopper, advising customers of the clothing they need.

For a customer buying a coat, for example, it asks a few questions about where they will wear the item and for what activity, in what conditions. It quickly produces a small subset of results, without the individual having to look through hundreds of options.

Three quarters of the company’s customers who have used the system said they would do so again and the key has been replicating the store advice experience online. With machine-learning, the company will constantly improve its recommendations.

Robots to the rescue

The smart machines used in business also exist in the form of physical robots, now essential to manufacturers.

The robots do not even appear remotely human-like – they are often simply automated arms with tools – but they are dexterously and rapidly conducting tasks.

At car manufacturer Ford, smart robots work alongside humans. The company’s Dearborn, Michigan factory is one of the world’s most advanced, with around 500 robots fitting windows, panels and other items.

The robots hang from rails, freeing floor space for the automated line and the 4,100 humans, who conduct the most complex fitting tasks, and manage production. Some tasks are for robots only, such as placing in windscreens, and others are shared with humans, such as holding a dashboard for humans to attach.

The overhaul, conducted in 2014, was part of an $843-million project to upgrade the plant. The site, located ten miles outside of Detroit City, finishes an aluminium body truck every minute.

The manufacturing, financial and retail industries are but three of the sectors spending on AI and robotics. There are other areas of huge opportunity, including the automated delivery of goods, property construction from automated calculations and legal case formation based on document analysis.

The impact on jobs will be immense, with repetitive processes increasingly replaced by computers. However, the more complex, interpersonal and creative jobs will still demand significant human involvement.

AI and robotics are finally an attractive prospect for businesses, but they do not dominate the landscape. As more companies witness systems delivering profit, artificial intelligence will become mainstream.

There are some outstanding applications of artificial intelligence and robotics across industry sectors.

Delivery business DHL is investing in AI to improve supply chains and in sorting robots to work alongside humans. It expects a combination of robotics, self-driving vehicles and process-enhancing machine-learning to create a much more efficient service.

BLP, the law firm, is using AI to trawl through masses of paperwork. Beginning with property cases, the company expects the technology will be hundreds of times faster than human labour in understanding files and drawing out key information.

In agriculture, the Australian livestock industry is preparing systems to analyse animals’ fat and muscle. The information will be fed into computers that advise on nutrition and veterinary needs, and even predict yield.

Construction firm Skanska is also testing robotics. It has successfully used robots to 3D print complex concrete facades. On-site robots have been shown to handle drilling, particularly where it is unsafe for humans. They are able to help with repetitive, heavy rod installation.

Healthcare company Johnson & Johnson is developing robotic surgeons that will work alongside humans. The aim is to improve accuracy during complex surgery, reduce the invasiveness of operations and highlight hard-to-find blood vessels or nerve cells. 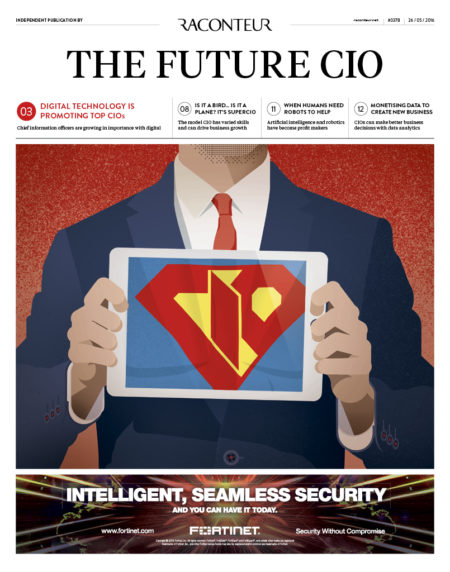 What it takes to be a model CIO

Also in The Future CIO