The fight against HIV/AIDS is undoubtedly one of humanity’s most pressing health and development challenges. Since the disease was first recognised in the early 1980s it has claimed over 40 million lives. The World Health Organisation estimates that 37 million people are currently HIV-positive.

The latest UN figures, however, show that significant inroads have been made towards bringing the crisis under control.

The past decade has seen a dramatic reduction in the number of annual AIDS-related deaths. At its height in 2005 the HIV/AIDS pandemic was claiming over 2 million lives each year. In 2015 that number had fallen by almost half to 1.1 million. A range of concerted anti-transmission initiatives such as efforts to encourage condom use, provide sex education and counter social stigma associated with the condition, have played a role in this. By far the most decisive factor however has been the development and increased availability of antiretroviral drug therapy (ART). 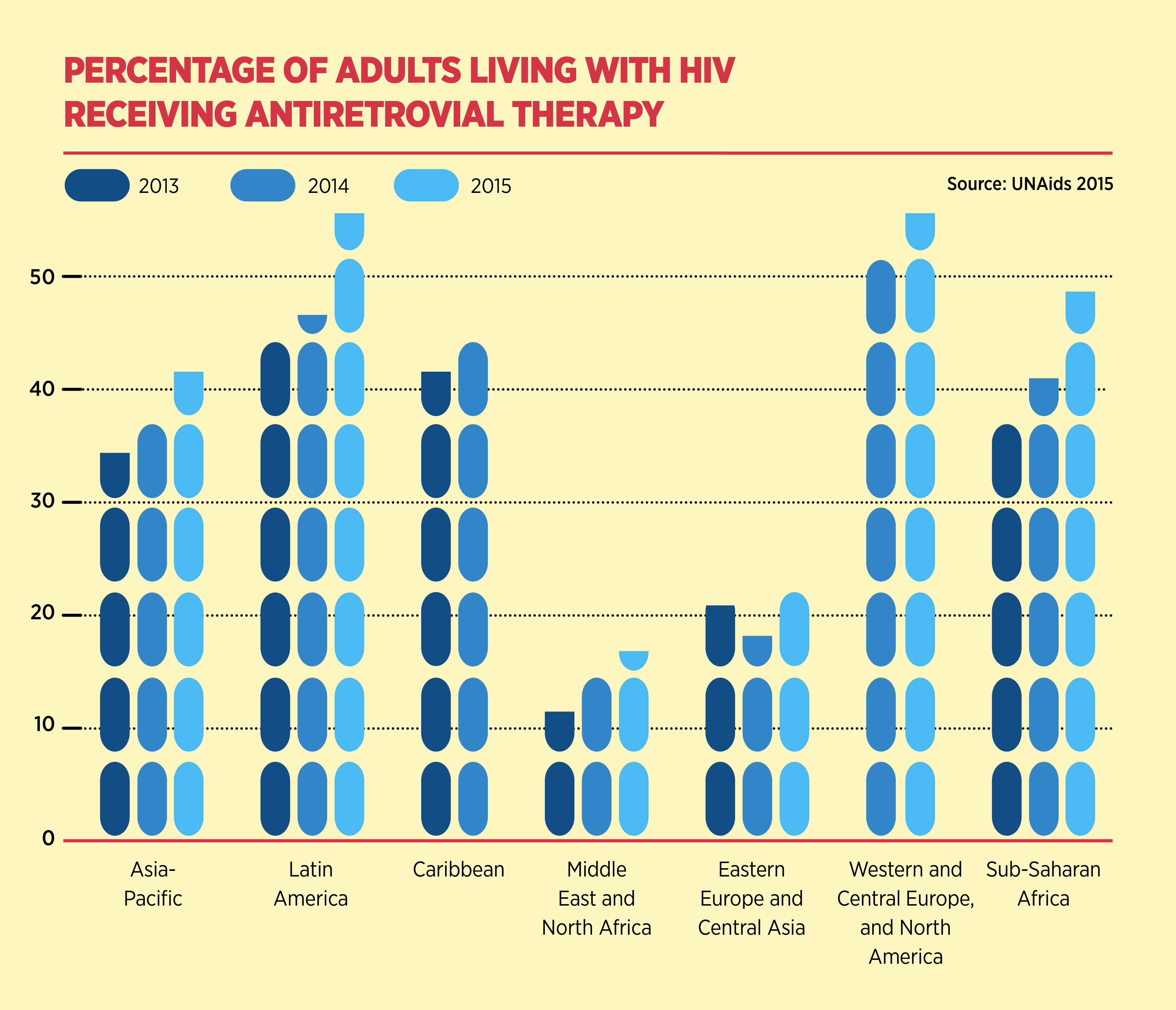 Though not a cure, ART enables people with HIV to live longer, healthier lives, as well as massively decreasing their risk of transmitting the virus to others. In 2010, 7.5 million people with HIV had access to ART. By the start of 2016 this figure had risen to 17 million, nearly half of all people with HIV worldwide.

These are enormous improvements over a short period. At the turn of the millennium only one in 50 people with HIV had access to ART. By 2020 the UN is hoping for 90% ART coverage. This looks likely to be achieved. 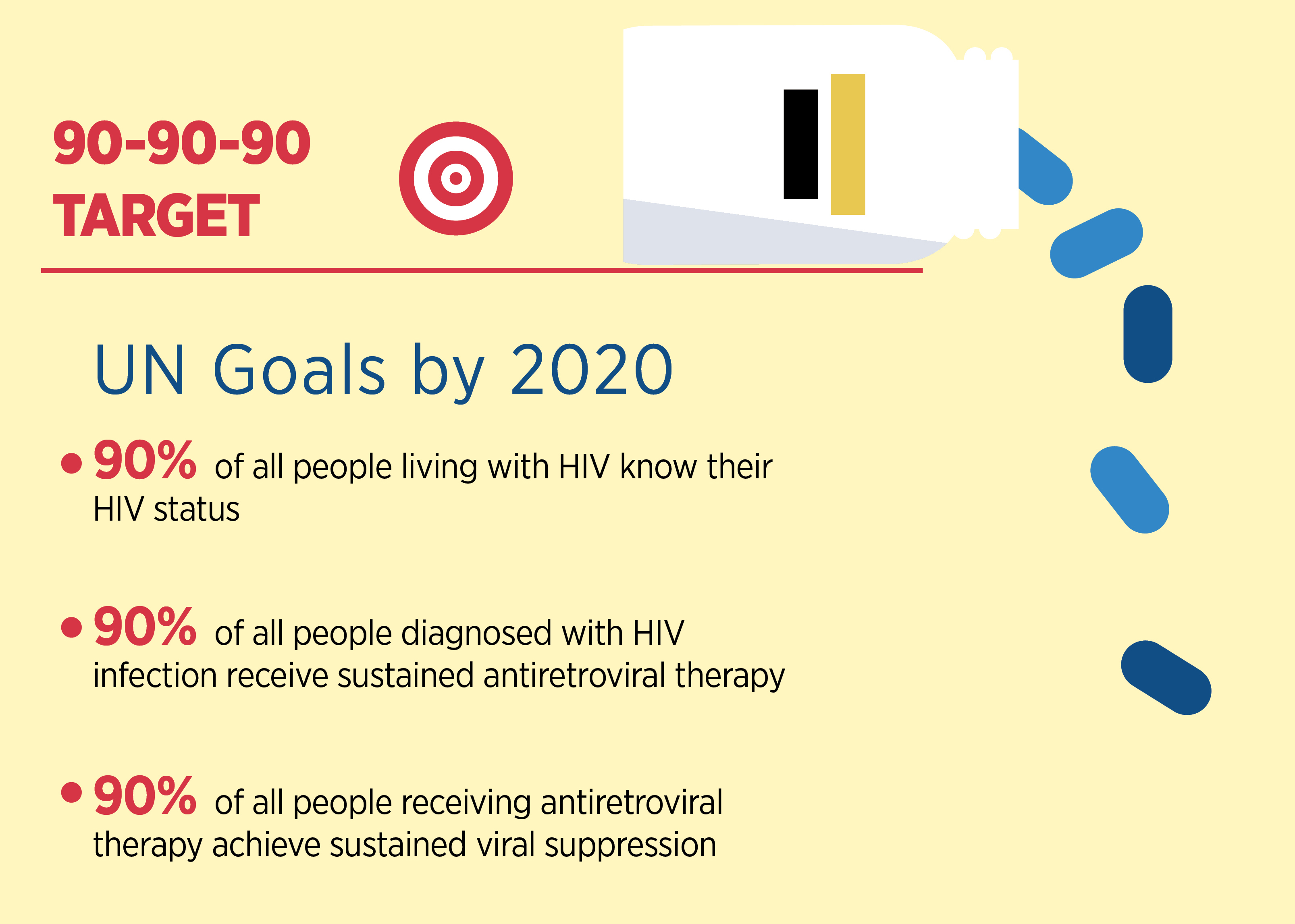 The beneficial impact of ART proliferation has been felt in almost every global region. Last year Western/Central Europe and North America saw 6000 fewer AIDS-related deaths than three years previously. 44000 fewer people died in Eastern Europe and Central Asia, and 82000 in Asia-Pacific over the same time period.

The statistics for sub-Saharan Africa, the region worst affected by HIV/AIDS, are in a different ballpark entirely. Almost half a million fewer people were killed by AIDS-related illnesses in 2015 than 2012 in the region. The fact that the number of people receiving ART more than doubled in the area since 2010 is no coincidence. 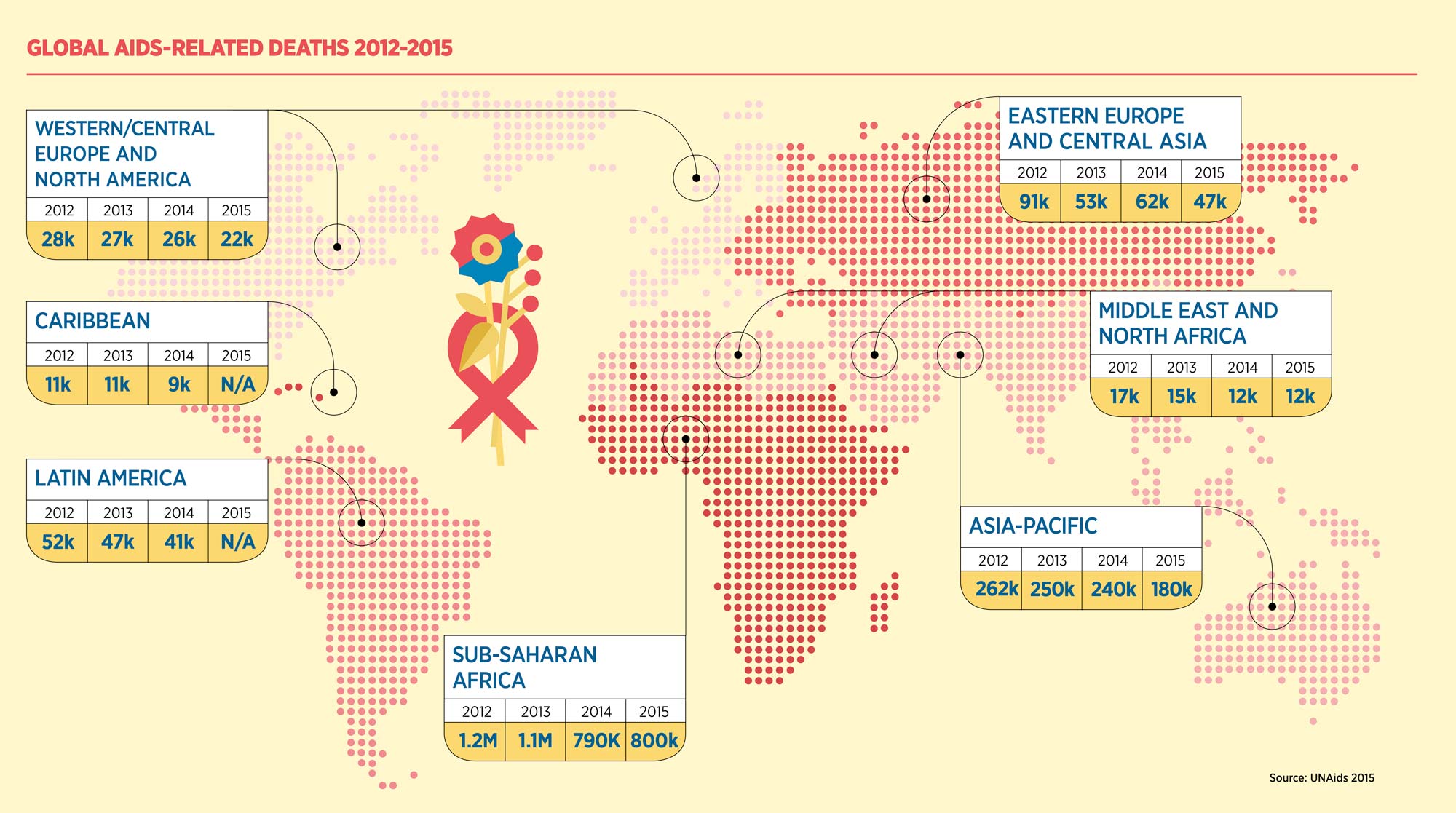 Clearly, huge challenges do still exist. The majority of people living with HIV worldwide continue to lack access to ART, and according to a study published in medical journal The Lancet a decline in infection rates seen since the mid-1990s has now stalled at approximately 2.5 million new cases per year. All the while, the prospect of a cure remains a distant one.

Such findings highlight the precariousness of recent successes, and serve as a powerful warning against complacency. AIDS is one the world’s deadliest killers, and efforts to overcome it must not be allowed to flag. Nevertheless, if sufficient resources are devoted to the cause, an end to the pandemic by 2030 appears to be a realistic prospect.