High-tech pension solutions to help you save more

Robo-advisers have been taking the investment management market by storm, offering low-cost guidance about wealth generation using online questionnaires. Now that pensioners have a freer hand in spending their accumulated capital, such unbiased advice could prove invaluable. 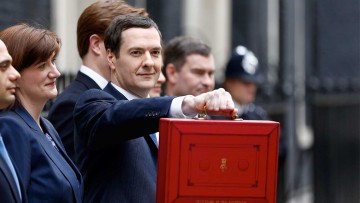 The chancellor’s promise of free face-to-face financial advice was positive, but also optimistic

Richard Rowney, managing director of life and pensions at mutual pension fund provider LV= (Liverpool Victoria), believes the dispassionate nature of an automated adviser helps to overcome some concerns that scheme members have around seeking advice.

“We know the technology is there and we are starting to see customer buying behaviour move towards these sorts of solutions,” he says.

Chancellor George Osborne rejected the idea that pensioners can’t be trusted with their own pension pots in his March 2014 Budget speech, when he gave them the freedom and responsibility to determine how the capital built up by their pension fund will be invested at the point of retirement.

“These freedoms are fantastic on paper,” says Richard Llambias, head of product strategy at Equiniti Pension Solutions. “Taking your pension as a lump sum with an upfront cash amount feels really good for some individuals, but if they are not that well informed in the first place, how does having more choice actually make things better?”

Now technological innovations are making engagement simpler and more effective, without requiring the cost of hiring experts and consultants

Mr Rowney adds: “All our market research following the Budget told us there was an advice gap, either because people thought the cost of advice was too high, or they felt they weren’t educated enough to engage with an adviser, or because they were wary of advisers following various scandals.”

The chancellor’s promise of free face-to-face financial advice was positive, but also optimistic. The act of getting pension scheme members involved in saving and then continuing to manage their savings is a real problem.

Engagement with pension scheme members “is a greater challenge than investment design”, according to an April 2015 study by the Defined Contribution Investment Forum, a pension industry trade body. It found that most schemes believe the success of offering members options at the point of retirement would be determined “by how successfully members could be engaged to interact with and select those options”.

Now technological innovations are making engagement simpler and more effective, without requiring the cost of hiring experts and consultants. 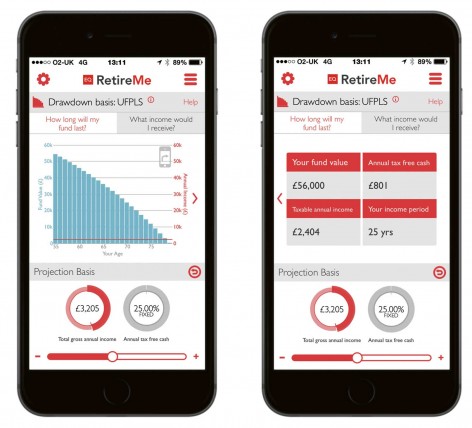 “At a basic level, one has to look at how engaging the website is that the pension provider offers,” says Debbie Falvey, defined contribution proposition leader at Aon Employee Benefits. “Sites typically have money aggregation tools, modelling tools and videos, but to get people really interested in pensions they use gamification.”

The concept of gamification is to draw people into interacting with a pension in the same way they would repeatedly play a game. That might mean scoring points for making decisions or for working out problems. It can also help scheme members to visualise their future lives based on current savings.

“It gets people to create a world for themselves where they can try out different things and see what might work for them,” says Ms Falvey. “It’s using technology to let people play around with pensions so they feel more comfortable, where finance can be quite mysterious and difficult.”

Mobile phone apps are another way for schemes to get access to their members on a more frequent or fun basis. Employee benefits provider Capita has developed an augmented reality app for engineering company Cummins, which allows the firm’s pension scheme members to open a visually entertaining interactive pension interface by scanning the promotional barcodes on posters. 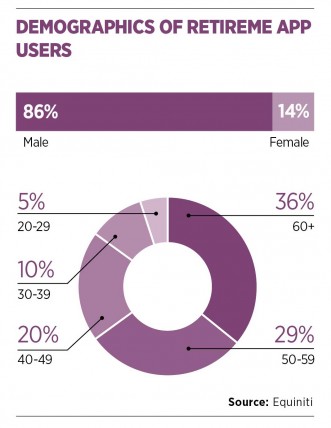 Equiniti’s RetireMe app is intended to model what a member’s contributions and fund value will be as they grow, given a target time and age. It offers a drawdown modeller so members can investigate the impact of drawing down a given amount of money per annum and how long that will last them, and the firms says the largest demographic to have downloaded it are the over-60s.

“The gap that we saw was not just offering the app to our members, but creating an app that was available to all consumers, anybody with a pension pot,” says Mr Llambias. “Statistically, most people now are using mobile devices to access the internet so creating an app just felt like the right thing to do… 86 per cent of the time spent on Apple or Android devices is related solely to app usage as opposed to the mobile browser.”

Feedback from engagement tools is also important as it allows an employer to evaluate how successful its scheme, communications and platform are. Cummins claims to have an engagement rate of around 95 per cent with its pension scheme members due to the active stance it has adopted, for example taking on auto-enrolment in 2008 ahead of the UK legislation target.

Nichola Moore, director for group pensions, Europe, the Middle East and Africa, at Cummins, says people can be put off pensions if they think they have got too many decisions to make.

“We want to break it down – the first step is encouraging people to join the plan in the first place,” she says. “Further down the track we ask, ‘Are you paying enough in?’ When they get a pay rise or when we make bonus payments that is an opportunity for us to give people little reminders to think about pension saving.”

The firm is in the launch stages of a new engagement platform developed with Capita and Ms Moore says it will have the flexibility to change according to what is successful or otherwise.

“We will get management information from it, we will be able to see which different sites have got better participation rates and then we can conduct more focused communication,” she says.

John Perks, managing director of LV=’s retirement solutions business, says moving a system past the level of being educational to providing advice actively to scheme members is the next evolutionary step. LV= has invested in robo-adviser developer Wealth Wizards to provide an automated information service offering regulated advice, some free and some paid for.

“What we have created can be used with different house views of advice, with different products sitting behind it, so the algorithms can be adapted to any need. Where advisers find it is uneconomical to support smaller pots of savings, they can run that through an automated plan to create very efficient advice,” he says. “We really believe this can close the advice gap.”