The quest for parity of esteem between mental health and physical health in the NHS has become a major concern for society, and attitudes are slowly changing. But what about oral health?

The sense that it is “only teeth”, and somehow less important than other aspects of physical health, remains deeply entrenched. This is frustrating further progress in improving the nation’s oral health and threatens to undo the achievements of recent years.

While great strides have been made in improving oral health overall, the state of the nation’s teeth remains a cause for concern. There is significant variation in oral health across the UK, with some parts of the country showing little improvement over the past 20 years.

Children are now more likely to be admitted to hospital because of tooth decay than for any other health issue. About half of adults and some 60 per cent of children simply never go to the dentist even though regular check-ups to maintain good oral health are widely encouraged. 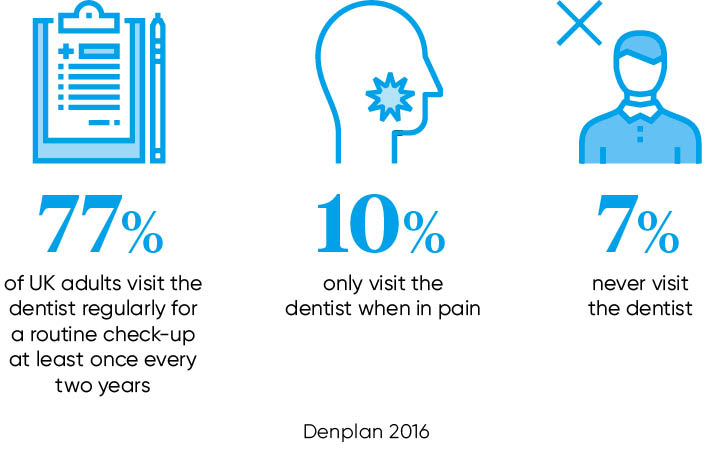 Persuading the general public to take their teeth more seriously is no easy task when official attitudes to dentistry and oral health are ambivalent. The NHS Five Year Forward View, the template for health services in England in the period to 2020, did not include dentistry. This is despite the fact that millions of patients see an NHS dentist every year. Many of these patients are subsequently referred to other parts of the NHS for further treatment.

Around £6 billion a year is spent on dental treatment in the UK, which is broadly the same as the cost of NHS cancer services.

A further complication is that overall responsibility for oral health in England lies with local authorities, as part of their public health remit. Given the competing demands on cash-strapped councils, it is perhaps no surprise that encouraging people to go to the dentist is not given the highest priority.

The enduring sense that dentistry is expensive and increasingly weighted towards private patients does not help. Last year Dr Sara Hurley, chief dental officer for England, made headlines when she suggested that patients should challenge dentists who insist they must come back for check-ups every six months. Although Dr Hurley’s advice appeared to be aimed at patients with good oral health, her comments served to reinforce the view that the cash-strapped NHS has other priorities.

This prevailing narrative of dentistry runs somewhat counter to the ambition of the NHS to focus on preventative interventions, with the aim of keeping as many people in good health for as long as possible and out of hospital. The NHS also promotes a policy of making every contact count, advising all health professionals to use each patient contact to encourage changes in behaviour with a positive impact on health and wellbeing.

This approach appears tailor made for the approximately 24,000 NHS dentists, who see some 30 million patients over a typical two-year period. Not only are dentists likely to be able to spend more time with each patient than a GP, but in recent years dentists have advanced their understanding of the strong association between oral health and general physical health.

Tooth-brushing and flossing to maintain healthy gums has been common knowledge for many years, and has played a significant role in improving general oral health. However, evidence is building of links between oral infection and bacteria with conditions such as cardiovascular disease, diabetes, respiratory disease and adverse pregnancy outcomes.

Treating inflammation, therefore, may not only help manage periodontal disease, but may also help with the management of other chronic inflammatory conditions.

Additional studies have pointed to a relationship between periodontal disease and stroke. In one study that looked at the causal relationship of oral infection as a risk factor for stroke, people diagnosed with acute cerebrovascular ischemia were found more likely to have an oral infection when compared to those in a control group.

Over the next few years we shall learn more about the relationship between oral health and other conditions. But already it is clear that dentists can play an important role in helping the NHS to promote behaviour that encourages health and wellbeing, around diet, smoking and alcohol consumption in particular. Prevention is likely to be an important constituent of the eventual successor to the 2009 NHS Dental Contract, with a number of pilots currently being tested across England.

Advances in technology are changing the way that dentists work, which will have a positive impact on the interaction with patients, as well as helping the profession to become more efficient. The adoption of digital technology is increasing access to single appointment dentistry, in which crowns, veneers and bridges can be provided on the same day, reducing discomfort and inconvenience. Dental equipment generally is becoming far less intrusive and much more precise, leading to better outcomes as well as helping to put patients at ease.

Dentistry has a critical role to play as the NHS strives for sustainability. They may not have been mentioned in the NHS Five Year Forward View, but dentists have every right to demand parity of esteem. For there is no health without oral health. 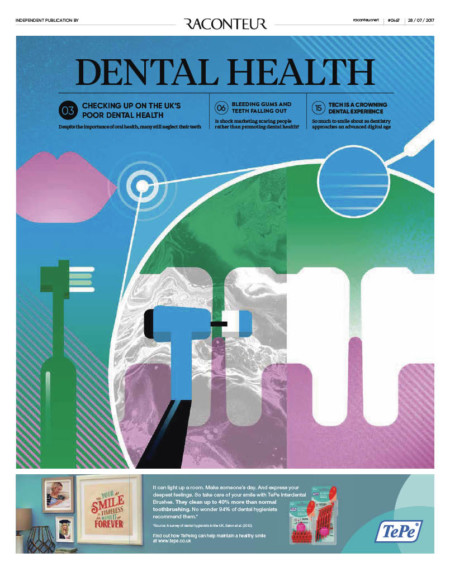