An ecosystem as exotic, complex and diverse as any earthly terrain has been hiding in plain sight. Humans tend to think of themselves as individuals, but we are in fact home to several trillion microbial organisms – fungi, viruses, mites, but mostly bacteria – of which there are as many living in and on our bodies as there are human cells.

Dwelling in discrete habitats, called microbiome, these microorganisms are essential to the body’s healthy functioning. We are, in the words of science writer Ed Yong, riffing on poet Walt Whitman’s verse, “multitudes”.

The implications of these Lilliputian communities on human health and personal care is only beginning to be explored by scientists and beauty brands, but since the release of the Human Microbiome Project’s findings in 2012, research into this area is exploding.

In 1995, a mere 221 papers on Google Scholar referred to microbiome; in 2016, there were almost 30,000. Imbalances in gut microbiome are now connected to cancer, autism, obesity and depression.

So just how disruptive could skin microbiome findings be for the beauty industry?

According to the so-called hygiene hypothesis, the skin is on the frontline of a battle against environmental irritants that in turn deplete and unbalance its microbiome.

An obsession with cleanliness, the theory goes, has whipped society into a lather that has seen antibacterial soaps proliferate, antibiotics dispensed liberally, public areas doused in bleach and municipal waters cleansed with chlorine, thereby weakening our autoimmune systems and causing our bodies to overreact to harmless stimuli.

Dermatologists are now connecting skin microbiome damage with modern epidemics in skin sensitivity, adult acne and eczema. “There is a huge shift in the way we approach skincare,” says New York dermatologist Whitney Bowe, author of The Beauty of Dirty Skin.

“The common doctrine was to decimate bacteria or at least inhibit their growth. We had an antiquated idea that all bacteria are bad, but we are coming to realise that some protect us in differing ways improving hydration by helping the skin produce lipids and ceramides, creating antimicrobial peptides that act like missiles poking holes in bad bacteria and fungi, and calming redness and inflammation.”

Bacterial-led routes to healthy skin include both oral probiotics, which you eat and foster healthy gut flora, and topical formulations, a rapidly evolving area in dermatology. The race is now on to develop the most effective probiotic formulas with available science. The current front runners are mostly outsiders, passionate startups and niche brands.

Many of these claim loyal adherents, but the science is still nascent. Even the terminology used in bacterial skincare will need to be refined and differentiated from food and drink, from which “probiotics” is borrowed.

“We are at the very beginning of the journey; it will take at least a decade until we claim we’ve explored all the options,” says Trevor Steyn, founder of Esse. “I’m keeping track of research for a book, and often no sooner than I press ‘save’ then I have to go back and refresh my findings because something completely innovative will have been published in the meantime.”

Signalling that probiotics is more than a passing fad, skincare giants such as Johnson & Johnson and L’Oréal are launching their own programmes. Referring to a recent conference in Amsterdam, founder of Gallinée Marie Drago reveals: “Everyone is predicting it will be mainstream in three to five years.”

The conceptual shift from ingredient-focused beauty to ecosystem beauty will pose a major challenge for most brands. Dr Drago adds: “Marketing departments will view probiotics as just another ingredient to put on the skin. They don’t see the skin as alive.”

In the meantime, insiders say big beauty brands will be obliged to retest existing lines to assess their effects on skin microbiome. It’s a process that will be time consuming and costly, according to Mr Steyn, given the difficulty obtaining test samples.

In the future, however, Dr Bowe believes, as microbiome sequencing costs come down, consumers will seek personalised diagnoses that reveal exactly the strains of bacteria in particular formulations which will serve them best. 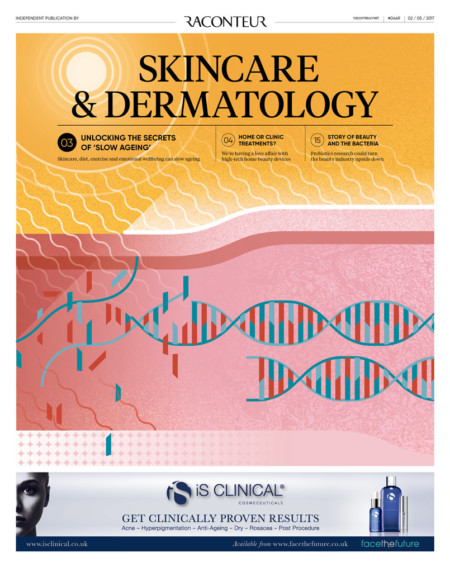 How to really protect yourself from the sun

Also in Skincare and Dermatology 2017