They are small enough to hold between your fingers or balance on your tongue. But these triumphs of miniaturisation take up to 20 years or more to develop. Yet we hear very little about the creative ways scientists pack life-saving power into pills and other medicines.

Even less is known about the complex supply chains that takes the pill from the lab bench to the patient. But they are becoming increasingly significant. Effective logistics and supply chains are a key factor in defining competitive benefit. These five examples explain why… 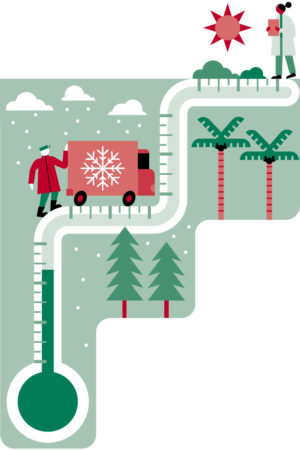 More than three quarters of leading medicines launched onto the biopharma market within the last five years are temperature sensitive. There is nothing new about the need to maintain, for example, vaccines and other drugs at the right temperature. Effective vaccine supply chains are long established, but the healthcare cold-chain market has been projected to rise from $8.5 billion in 2016 to nearly $13.4 billion by 2020, according to the IMARC market research company.

Biologics, medicines derived from living cells and organisms, and biosimilars, copies of biologics with lapsed patents, are at the cutting edge of research and account for a large part of this phenomenal growth. In just a few years, biologics have provided revolutionary treatments for inflammatory and autoimmune diseases, and enzyme and hormone deficiencies.

Prescribing biosimilars brings massive savings. For example, prescribing the infiximab biosimilar instead of the originator Remicade in Norway cut costs by 66 per cent. Used against rheumatoid arthritis and inflammatory bowel disease, infiximab has won an 80 per cent market share.

Effective cold chains maintain viability of medicines as they go through different climatic zones, some extreme. Annual costs of treating a single patient with a biotechnology medicine can top $100,000. A single consignment costs a fortune and could have to be destroyed in the event of a faulty supply chain. 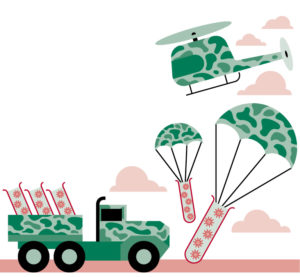 Traditional medicines are transported much like many other commercial commodities. In contrast, cell and gene therapies have limited life spans. They are, in essence, living drugs, comprising fully functional cells, with unique supply chain requirements.

the most common form of the childhood form of the disease. The therapy’s driving force is the human T-cell. Known as the immune system workhorse, T-cells send cytokines or chemical instructions to the rest of the immune system, priming the body against invading bacteria, viruses or parasites. They also work with B-cells to produce antibodies, the immune system’s foot soldiers.

Treatment involves extracting T-cells from the patient’s blood, re-engineering or “training” in the lab to recognise and kill cancer cells and then re-infusing it back into the patient. This may involve five different shipments of three different materials at four different temperatures.

As well as overcoming logistical obstacles, cell therapy manufacturers must make a consistently effective and safe product from original material. For example, patients providing the raw material will have different stages of disease, different genetic profiles and medical histories. All these factors introduce complexity into the supply chain. 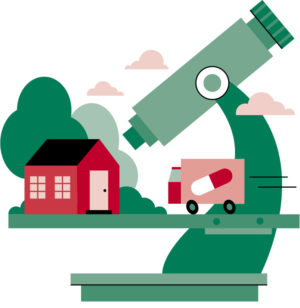 In clinical trials patients are as much a part of the supply chain as the treatments they test and they are in short supply. Many who have to travel 50 miles or more for regular appointments face significant logistical problems, especially if they are not fit enough to travel.

Nearly three quarters of clinical trials fail to recruit sufficient numbers of patients before enrolment deadlines, according to research.

Boston’s Tufts Center for the Study of Drug Development found that 11 per cent of clinical trial clinics fail to enrol a single patient. More than a third under-enrol even though trial patients receive new treatments that are not available to the general public and are closely monitored.

The DTP model may not be appropriate, for example, in cancer trials involving biopsies, but it is transforming other research into rare diseases and in dispersed patient populations.

There have been more advances in medical science in the last 70 years than in the previous 2000, thanks to the therapeutic revolution beginning with the advent of antibiotics. It is hard to imagine this rapid pace of change being sustained, let alone surpassed, but this is the promise of the digital revolution, perhaps the biggest-ever healthcare supply chain challenge.

It will link genetic information, electronic patient records, smartphone apps, cloud storage and data analytics to a digital infrastructure. This could alert patients, for example, at increased risk of fatal diseases, encouraging them to quit smoking, reduce alcohol consumption and exercise more. Early interventions could save millions of lives, cutting long-term healthcare costs.

But the UK will be treading cautiously after the disaster of what was acclaimed in 2002 as the world’s biggest civil information technology programme. Designed to computerise England’s health records and let doctors, clinics and hospitals share patient information electronically, the £12-billion flop culminated in 2013 in “one of the worst fiascos ever’’, according to MPs.

However, in June 2018, Eric Topol, professor of molecular medicine at Scripps Research Institute in California, published an upbeat report about preparing UK healthcare workers for the digital future. Central to achieving this will be the integration of AI technologies throughout the patient pathway, from detection to dispensation, which the UK online pharmacy Pharmacy2U has assessed to increase efficiency tenfold. 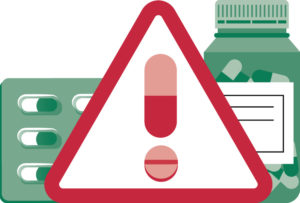 Effective supply chains should ensure the right products arrive at the right time in the right place, but the World Health Organization estimates that 10 per cent of medicines in low and middle-income countries are counterfeit, causing more than 100,000 deaths a year in Africa alone.

This prompted Ghanaian entrepreneur, Bright Simons, to invent MPedigree software. This enables drugmakers to attach a unique code to medicines. Patients check the veracity of drugs they buy via a toll-free number to check a random scratch code imprinted on containers.

The 2013 US Drug Supply Chain Security Act requires manufacturers to identify and track the origin of prescription drugs electronically in America; the deadline for full implementation is 2023.

The world’s first continent-wide scheme is being rolled out in Europe during 2019. The EU Falsified Medicines Directive may become a Brexit casualty, however, as UK pharmacists are reluctant to make the necessary investment in case it does not apply after, and if, the UK eventually leaves the European Union.

A major global obstacle is the myriad number of incompatible computer systems. Blockchain has been hailed as a possible answer. A digital ledger system, blockchain records and logs transactions which are linked and secured with cryptography technology. But how will different systems “talk” to each other? 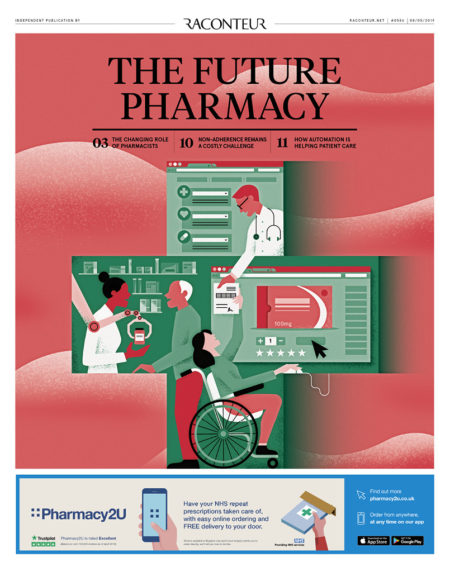 How to make sure patients take their medicine

Dispensing should not be a pharmacist’s only task

Also in The Future Pharmacy