Prescription and illegal painkillers are wreaking havoc in the United States, so how can the UK avoid an escalating opioid crisis? 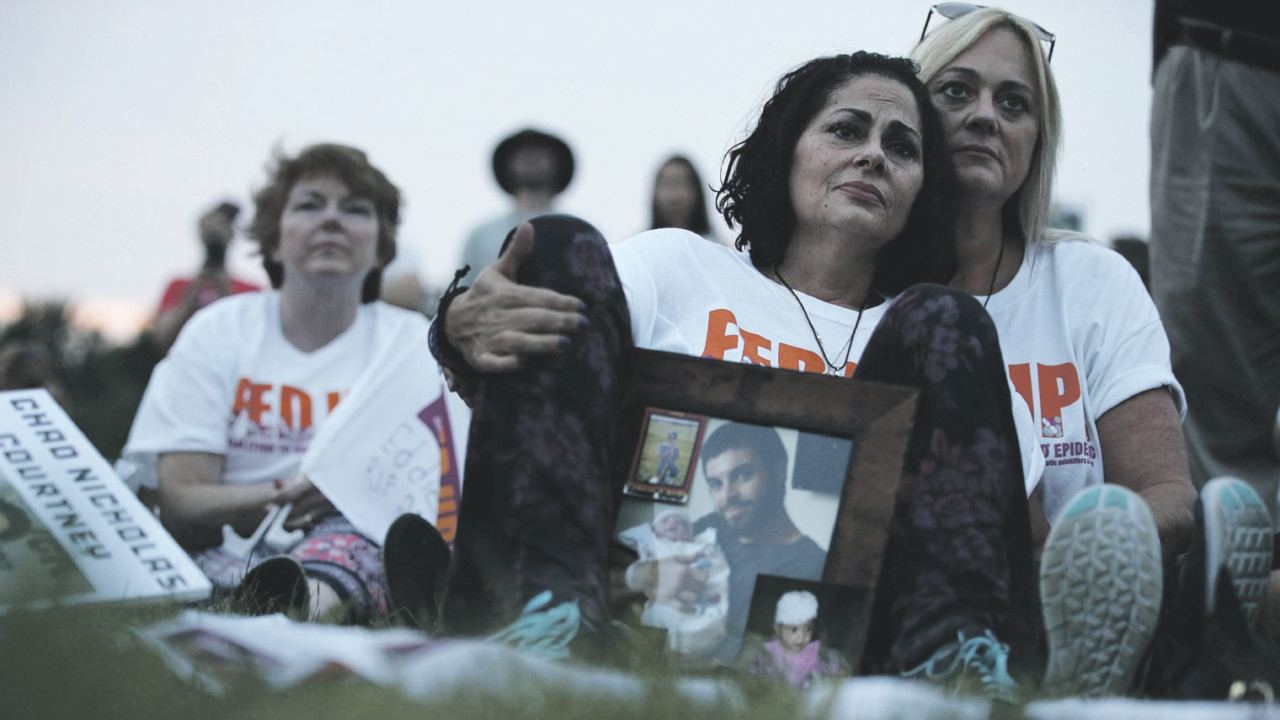 Americans consume some 80 per cent of the world’s prescription opioids. The country’s opioid habit is linked by the US national health statistics agency to a two-year drop in life expectancy – a warning to the UK which is now seeing prescriptions and opioid-related deaths rocket.

US opioid overdose deaths – from prescription painkillers and illegal narcotics – doubled from 21,088 in 2010 to 42,249 in 2016, the last year for which figures are available.

What former US Congressman Patrick Kennedy calls a “human addiction tsunami” can be traced to the marketing drive for OxyContin in 1996, which also boosted prescriptions of numerous other opioids. The view emerged at the same time that pain should be considered a fifth vital sign, leading doctors previously wary of opioids to question whether they were denying patients compassion.

Americans prescribed morphine-based drugs for an injury or agonising back pain, for example, became hooked, although it is now known opioids are ineffective in most cases of chronic non-cancer pain.

The United States faces a “triple-way epidemic”, worst in states such as Ohio, as young pain sufferers who struggle to get a long-term opioid prescription turn to heroin and all ages migrate to highly potent synthetic fentanyl bought online. The pattern is divergent: a spike in heroin deaths, emergency room visits for opioid overdoses up 30 per cent in 14 months, but a decrease in opioid prescribing since 2010.

The UK has opioid-related deaths at a fraction of the US level – 2,038 in England and Wales in 2016 – but rising sharply, more than doubling from 2012 to 2015. Prescriptions have almost doubled from 2007 to 2017. Fentanyl, very rarely prescribed in the UK and only thought to have arrived as a street drug in 2016, has killed 113 people in 14 months, treble the previous monthly rate.

US-style “doctor shopping” to obtain multiple prescriptions is difficult in the UK and doctors lack the same perceived incentives to prescribe. On the other hand, overstretched NHS GPs may feel pressure to offer chronic-pain patients pills as a quick option and the UK may be culturally closer to the US than other countries in terms of doctors aspiring to “fix” patients. Physicians for Responsible Opioid Prescribing co-founder Andrew Kolodny worries about UK doctors using “the same playbook as the US of minimising risks and exaggerating benefits”.

Like the US, the UK shows distinct regional variations in opioid use. A recent British Journal of General Practice study found higher prescription rates in the north of England and a 15 per cent correlation between prescription and economic deprivation; 4 per cent being enough to “get epidemiologists excited”, says author Dr Luke Mordecai. The reasons need investigation, the study says. Is it numbers of local people who were manual workers? Or because more affluent people are more likely to question medical advice? Or do doctors in deprived areas feel more comfortable prescribing opioids?

While there’s data for opioid prescriptions through the likes of Ben Goldacre’s openprescribing.net, when it comes to numbers of dependent users “we are running blind”, says Dr Farrukh Alam of Central and North-West London NHS Trust. He is reminded of the experience with diazepam, when potential for harm was long recognised, but concerted action has only happened in the last ten years.

Roger Knaggs, an associate professor at the University of Nottingham, says that to license a medicine for long-term pain, trials only need be three to four-months long so data is being extrapolated from short-term studies.

Attempting to regulate online sales will, however, be “very challenging”, says Dr Alam and, as Professor Knaggs points out, America’s stricter labelling regime has hardly stemmed its crisis. Indeed, some argue tougher regulation since 2010 is what has really caused the US’s problems by forcing patients towards fentanyl.

More effective might be insisting on the regular clinical review of patients prescribed opioids and a commitment not to increase the dose if painkillers aren’t working.

Specialists hope for holistic policy improvements. Dr Cole calls for a primary care taskforce, supporting healthcare workers to teach patients how to pace medication, like nurses teach asthmatics how to use their inhaler.

Oxford University Hospitals Trust pain lead Jane Quinlan wants investment in psychological support services to address the common comorbidities of anxiety and depression. Professor Knaggs adds that those concerned need to be “thinking what the patient can do for themselves”, ensuring they remain active.

Access to pain management services is supposedly universal, yet just a fifth of people with problematic pain get it and only 40 per cent of these services offer multidisciplinary best practice.

Finally, given the lure of heroin and fentanyl, it is important to consider drugs law and whether what former drug squad officer Neil Woods calls today’s “moralising, abstinence-based approach” jeopardises pain patients.

Any lasting solution must involve an in-depth review of how healthcare and mental health services are delivered, and this may tell us more about why such health crises explode.