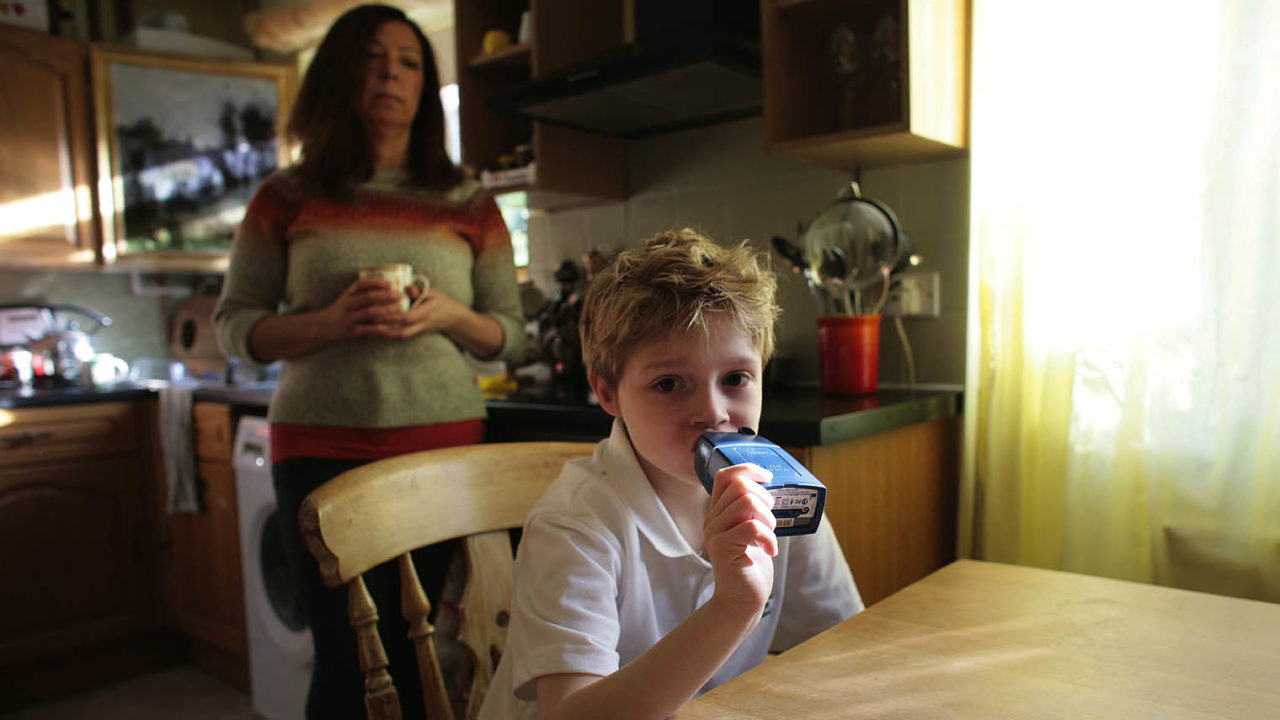 No child should ever have to write a letter to the prime minister pleading for life-changing drugs to be made available on the NHS, but that’s exactly what nine-year-old Luis Walker did last May.

Luis, who has cystic fibrosis, also wrote to Vertex Pharmaceuticals, a US biopharmaceutical company, which owns the patent on Orkambi, the drug in question. Sadly, it seems that Luis’s plight has fallen on deaf ears.

With Orkambi costing £104,000 per person a year, the National Institute for Health and Care Excellence (NICE) says it cannot afford to meet the cost of the drug in England despite the fact that it could, according to the Cystic Fibrosis Trust, benefit 3,968 children and young people.

After three and a half years with no agreement in sight, some desperate parents felt they had no option but to pay for the drug themselves. Take Robert Long, for example. In July 2018, after consulting with his son Aidan’s medical team, Robert spent savings originally intended to fund his retirement to meet the £8,666 monthly cost of Orkambi.

He says: “We’d do anything for our children and the drug has worked wonders for our nine year old’s health. Before taking it, Aidan suffered from breathing difficulties. But within days of taking Orkambi, he could breathe more easily. The modulator drugs are so important in stopping the decline caused by cystic fibrosis that we will do whatever it takes to keep our son on them.”

But Robert admits to being surprised there has been no breakthrough agreement between the NHS and Vertex. He says: “We were hoping that we would only need to self-finance the drugs for a few months, but we had a fall-back position in place that has meant we’re able to cover the cost for a number of years if required.

“However, we know that not everyone has this option. That’s when we decided to start the Cystic Fibrosis Buyers’ Club so we could import Orkambi at a much cheaper price.”

After conducting extensive research, they discovered that Vertex’s patent did not extend to Argentina. But what really excited them was that Gador, an Argentinean drugs firm, had produced a generic copy of Orkambi.

Gador agreed to provide them with the drug for a fraction of the cost at around £23,000 per person a year. And best of all, the more patients who join the buyers’ club, the greater the discount.

Luis’s mother Christina says that 280 people have joined the buyers’ club since it was founded less than a month ago. “Gador has agreed to lower the price further to around £18,000 per person a year if we can reach 500 buyers,” she adds.

However, Christina, who can only work part-time due to Luis’s condition, says that she and many other families would still struggle to cover the cost of the Gador drug without government help. But even so, she believes that founding the buyers’ club has served a much wider purpose.

“The Cystic Fibrosis Buyers’ Club has captured the imagination of the public. It has shone a light on the reprehensible and immoral behaviour of Vertex, and has also put greater pressure on the UK government to intervene, which it promised to do in early-June. Families cannot be expected to remortgage homes, crowdfund or potentially go bankrupt to fund essential medicines. That’s why we have the NHS,” she says.

How the government can help families

So if a deal cannot be brokered, what options are open to the government? Nick Medhurst, head of policy for the Cystic Fibrosis Trust, explains: “If the impasse continues, it [the government] may consider implementing a Crown use licence, which would effectively remove Vertex’s patent. However, this would be a last resort and an action we would not advise any government to take, as it would set a bad precedent that the UK does not respect patents.”

Instead Mr Medhurst believes the best solution for cystic fibrosis patients is for NHS England and Vertex to reach an agreement.

He says: “We understand why people with cystic fibrosis and their families are seeking extreme ways to access these vital medicines. The fact they feel forced to take such measures illustrates the impact of the failure of all parties to reach a deal. But the best way for people with cystic fibrosis to access lifesaving drugs now is for an agreement to be reached between the two parties without any further delay.”

In a statement, the NHS says it has already “made two of the most generous offers of its kind” to Vertex. It adds: “The quickest way for patients to get access to Orkambi is for Vertex to accept our offer and engage with NICE [National Institute for Health and Care Excellence].”

Describing Vertex “as an extreme outlier in pricing and behaviour”, NHS England claims that even the APBI, the trade body representing the branded pharmaceutical industry in the UK, does not agree with Vertex’s stance. According to NHS England: “The APBI said the current NHS offer represents exactly the sort of flexibility industry wants and has warned companies they cannot just pick any price they like for a new medicine.”

However, Vertex says the offer NHS England made last year represented a 90 per cent discount compared with how much some other countries in Europe are paying.

While it wouldn’t reveal the price, Vertex says that if it were to accept the offer made by the NHS, it “would not be able to cover the annual R&D costs and would go out of business in a few years’ time”.

For Christina, she has little sympathy with Vertex’s position. “Imagine if it was their son or daughter. How would they feel? All I know is that when Luis is older, I have to be able to look him in the eye and tell him that I did everything I possibly could. I won’t give up until he has free access to Orkambi or a generic equivalent. It’s a basic human right,” she says.