“Doctor please, some more of these” moaned Rolling Stone Mick Jagger on the 1966 track Mother’s Little Helper as a generation turned on to the prescribed drugs deemed to blunt the corrosive impact of modern life. Fifty years later and 64.7 million prescriptions for antidepressants were handed out in 2016 by doctors in the UK, but debate rages over how effective they are 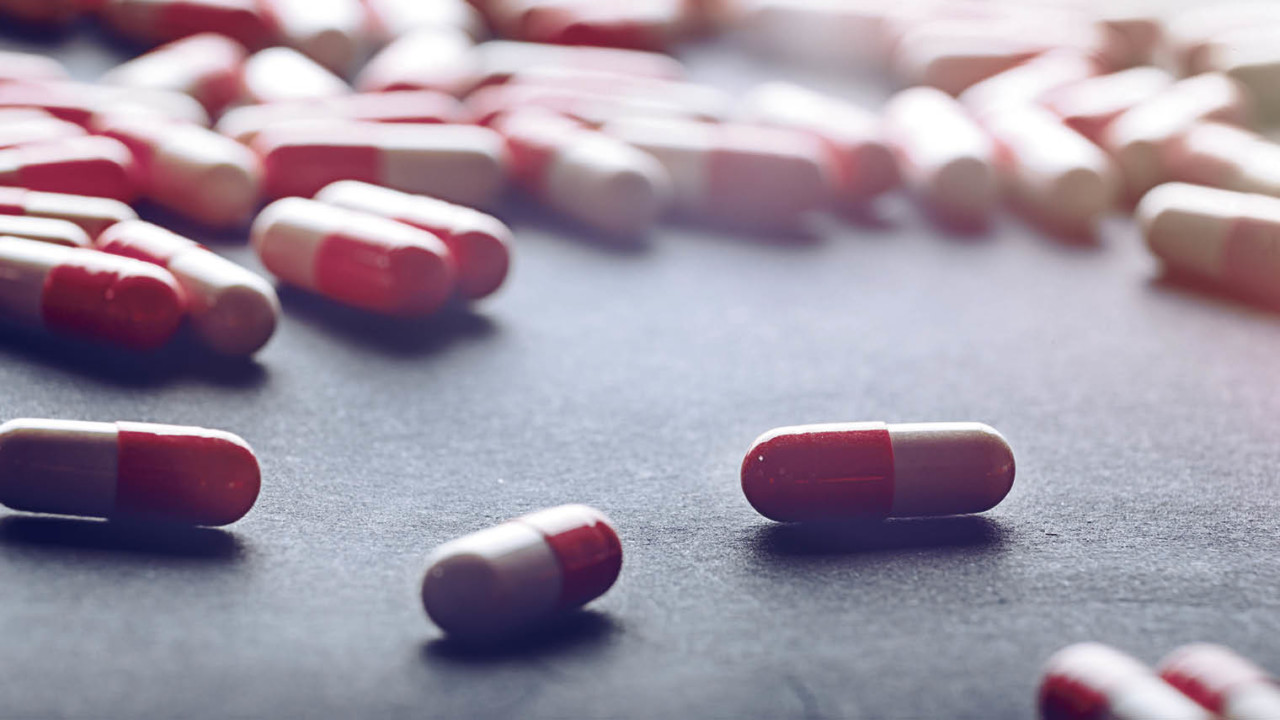 A major study, published in The Lancet last month, analysed data from 522 trials involving 116,477 people over six years old and found 21 common antidepressants were all more effective at reducing symptoms of acute depression than dummy pills. The study could open the GP’s surgery door for around a million people who need support, but have been reluctant to use antidepressants, claim experts.

Depression, which affects around 350 million people worldwide, has been described as “the single largest contributor to global disability that we have – a massive challenge for humankind” by John Geddes, professor of epidemiological psychiatry at Oxford University.

Only one in six people with depression receive effective treatment with GPs “squeamish” to prescribe medication for mental health conditions, he adds.

“We have a wealth of evidence that antidepressants do a good job for some people, and there are a lot of people who could benefit from them and now will,” says Professor Carmine Pariante from the Royal College of Psychiatrists.

“This study should reassure people who are suffering from depression, but who are currently not seeking help because maybe they don’t trust antidepressants as a therapeutic option.” 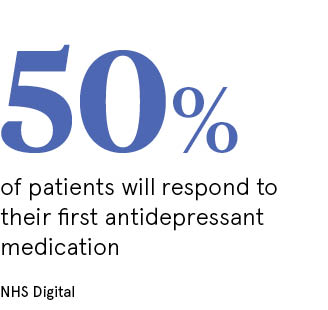 He says that about 50 per cent of patients will respond to their first antidepressant and about 75 per cent are improved by other antidepressants, while around 25 per cent do not find benefit from any of them. But the sheer scale of the research gives huge weight to their efficacy.

Professor Pariante, who is based at King’s College London, says claims that the research was skewed by pharmaceutical companies were unfounded and evidence of overprescribing was lacking.

“The important thing to remember is that antidepressants should only be prescribed to people who need them; those who have a clinically significant depression impairing their quality of life and putting their lives at risk from potential suicide,” he says.

“There are people out there who do need antidepressants, but they are not seeking help or they cannot access help. Should we be worried about people being prescribed them who don’t need them? It is an important question, but the guidelines are clear and we have to trust the clinicians.

“While we must respect the people who have serious side effects, there is a risk-benefit that we accept with other drugs, yet we are much more critical about antidepressants.

“Antidepressants help most people, not all people, but this research clearly shows that these drugs do work in lifting mood and helping most people with depression.”

Prescriptions for antidepressants have hit an all-time annual high with NHS Digital recording a 108.5 per cent increase on the 31 million pharmacies dispensed in 2006. 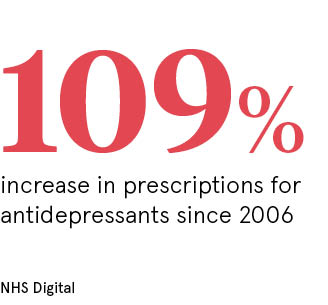 “They are just doled out and people are not made aware of the side effects, and that they may never be able to come off them,” says campaigner Katinka Blackford Newman, author of The Pills That Steal Lives.

“The study [published in The Lancet] is flawed in many ways because it focuses on people who have improved after eight weeks, but no one takes antidepressants for just eight weeks. A number of things might make us feel better, but it doesn’t make them an effective cure for depression.

“It also looks at clinical depression when the vast majority of antidepressants are given to people going through a divorce, stress at work or their dog has died.”

Ms Blackford Newman, a mother of two and an award-winning documentary film-maker, was prescribed antidepressants after her marriage break-up and claims they took her to the brink of suicide and into a mental health unit. She detailed the fight to reclaim her life in the bestselling book.

“People need to know what the side effects are and be aware that 59 per cent of people will suffer serious sexual side effects. You may also have to give up work to come off them. Of course, there are people who are clinically depressed and antidepressants have been proved to be effective, but are they right for those who are anxious, which is the majority of those five million people currently taking them in the UK?

“Our feelings are a marker to tell us to do something, so numbing yourself with antidepressants isn’t going to be particularly helpful. If you are anxious about your finances, why would you want to be numbed about it? Anxiety is a really important tool that tells us that something is wrong and we have to do something.”

David Healy, professor of psychiatry at Bangor University, says: “The benefits are real, but they have been overhyped. They are being overused and the harms have been hidden. Primary-care doctors and their patients would be more reluctant to use them if they had been told what all the risks were.”

Professor Healy believes GPs have been educated to view anxious patients as being depressed. “This has led to a huge mushrooming of the use of these drugs and 80 per cent of people are on them for more than a year primarily because they cannot get off them,” he says.

“We know they are highly addictive and have serious sexual side effects, and that people suffer terribly when they are trying to get off them and can even have enduring side effects after they come off them.”