Worldwide those responsible for increasingly complex health systems are searching for new ways to provide effective health and social care solutions in a challenging economic environment. From Dublin to Riga and from Lima to Kuala Lumpur, the same question is being asked: how to do more with less?

Public health officials have always understood that their effectiveness depends, to a large extent, on the quality of the information at their disposal. Their mission is being transformed through access to powerful datasets collected at an increasingly local level. These datasets can be mined for information that allows the targeted delivery of care and support in the most efficient way. Common technology platforms make it possible for this information to be shared globally, allowing different jurisdictions to fast-track the learning process.

In recent years geospatial technology has emerged as one of the most effective tools in tracking and preventing diseases. Health professionals, epidemiologists and government officials have been tracking communicable diseases such as West Nile virus and Ebola on a global scale using a variety of tools. Now geospatial technology, such as GIS (geographic information system) and GPS (global positioning system), is being applied to non-communicable diseases including cancer, diabetes, obesity and cardiovascular disease to equal effect.

The growing epidemic of chronic diseases is driving an urgent need for analysis and measurement to support their identification and treatment. Geospatial surveillance facilitates the integration of knowledge and open-source data to the benefit of multiple agencies.

US leading the way

The United States is leading the way in the application of GIS to track and prevent cardiovascular disease through the Centers for Disease Control and Prevention. These have fostered a policy of innovation and collaboration across the US, where cardiovascular disease has been identified as a high priority in the battle to reduce the number of avoidable deaths. In the US, heart disease is the leading cause of death for both men and women. Heart disease accounts for one in every four deaths, with someone in the US suffering a heart attack every 42 seconds. It costs the US more than $200 billion every year, including the cost of health care services, medication and lost productivity.

The application of GIS has resulted in groundbreaking studies that reveal significant variation in morbidity rates from cardiovascular disease. Mapping the location of people hit by the disease can give new insights into possible risk factors, including lifestyle and the environment. It also informs the development of targeted health initiatives and preventative measures, and reduces healthcare costs.

At the local level, geospatial surveillance can be more effective than at county or state level. For example, GIS helps to understand the poor uptake of some services. Mapping these areas at a community level shows walking distances, the number of fast food outlets, public parks, recreation facilities, healthcare centres, fitness gyms and other environmental factors that have a major impact on the risk of cardiovascular disease.

In the US, Rhode Island implemented a geospatial programme that studied risk factors at the neighbourhood level. Researchers found that people living in poorer areas were more likely to be exposed to advertisements for smoking and have easier access to cigarettes. The research looked at a total of eight cities and towns in the state to identify the number of tobacco vendors, price incentives, illegal sales and tobacco proximity to young people. The findings showed that children in poorer neighbourhoods were exposed to a much higher rate of tobacco vendors, often operating in school zones.

These findings prompted legislators to advocate for initiatives to reduce the number of smoking advertisements and products, and to implement plans to prevent cardiovascular disease in these areas.

At a time of global concern about the rising financial burden of healthcare, the cost-cutting implications of GIS in the fight against cardiovascular disease are significant. Using spacial data gives an opportunity to apply evidence of what works to design care and support in neighbourhoods where they are most needed, mitigating the risk of wasting resources. However, consideration must be given to some of the significant costs associated with GIS including employee training. Resources are required to train healthcare staff to enter data at the user level. Employee turnover is also a concern because typically there are only ever a small number of healthcare employees with the relevant skills and knowledge. 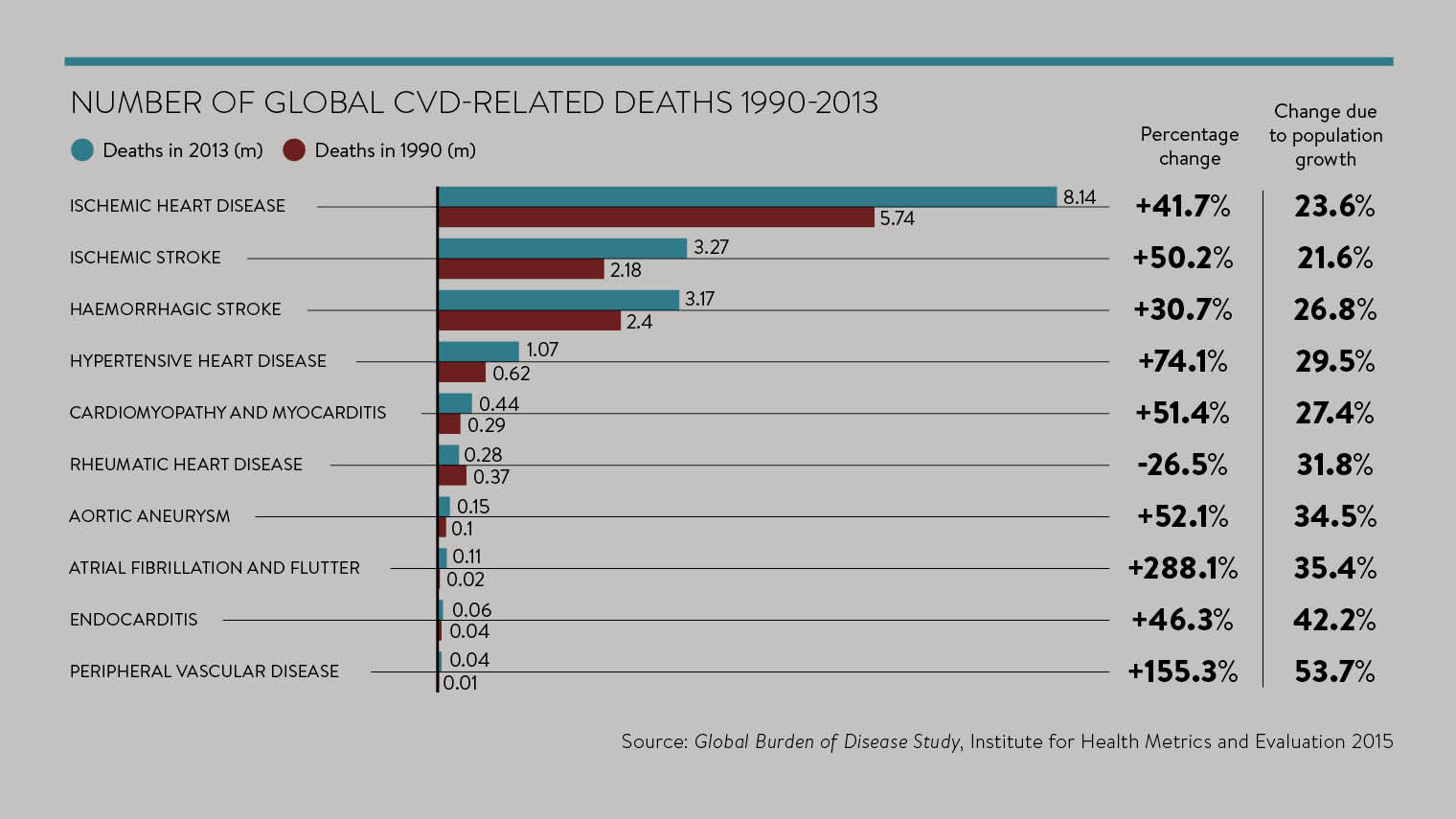 Security is a concern

As with most computer-based technology, security is a concern. Patient data, confidentiality and other privacy concerns are significant. Security breaches, improper access to records and third-party reviewers are the main concerns. Geocoding mitigates some of the risks, but it is still imperative to secure software and hardware. Larger healthcare facilities are likely to have IT departments to assist with compliance, but smaller facilities may be exposed to risk. This represents a problem for open-source GIS with many different users in remote locations. Many US healthcare facilities are unaccustomed with the level of security breaches that other business sectors typically face.

The use of GIS in public health in the UK is also becoming more prevalent and is helping the NHS to address some of the concerns about its ability to harvest data to the benefit of patients. Public Health England (PHE) is instrumental in promoting and supporting the use of spatial analysis through its Public Health GIS Unit, based at the University of Sheffield, and works with a number of partners within the academic and NHS sectors.

Much of the unit’s work has a direct impact on the understanding of cardiovascular disease at a local level. Current research includes alcohol outlet density and alcohol-related harm, a project funded by the Medical Research Council, and hospital admissions for vascular surgery, with funding from the National Institute of Health Research. PHE also undertakes training focused on the application of GIS and spatial epidemiology to public health.

Cardiovascular disease (CVD) accounts for about 28 per cent of total adult deaths. Almost a third (29.7 per cent) of adults are obese. Low physical activity is responsible for 17 per cent of cardiovascular deaths. Nearly a quarter (23 per cent) of the population smoke tobacco. Deaths from heart attacks have decreased by 44 per cent over the past 15 years through better treatment and access to medication.

CVD accounts for about 16 per cent of total adult deaths. Some 15 per cent of the population smoke tobacco. Some 21.1 per cent have hypertension which can increase risk of heart attack, heart failure, kidney disease or stroke. India was the first country to develop specific national targets and indicators aimed at reducing the number of premature deaths from non-communicable diseases by 25 per cent by 2025.

CVD accounts for about 8 per cent of total adult deaths. Some 31.3 per cent of adults are obese and 18 per cent of the population smoke tobacco. In February, South Africa became the first African country to announce plans to introduce a new tax on sugar-sweetened drinks, coming into effect in April 2017. In 2013, the government introduced legislation aimed at reducing salt intake to less than 5g a day per person by 2020.

CVD accounts for about 28 per cent of total adult deaths. Some 26.9 per cent of adults are obese. An estimated 30 per cent of children are overweight or obese. More than a fifth (22 per cent) of adults smoke tobacco. The economic burden of CVD, including indirect costs from premature death and disability, is estimated to be more than £15 billion each year.

CVD accounts for about 25 per cent of total adult deaths. A quarter (24.8 per cent) of adults are obese. A quarter (25 per cent) of the adult population smoke tobacco. Uruguay was the first country in Latin America to ban smoking in enclosed public spaces. More than a third (35.1 per cent) have hypertension.
Source: World Health Organization 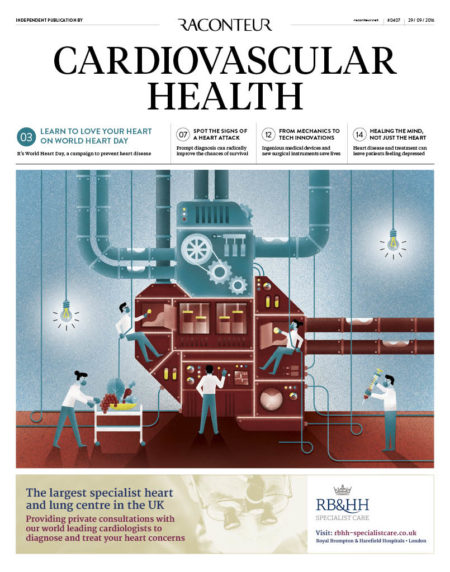 Dispute over the side effects of taking statins

Mapping the location of CVD patients to identify risk factors