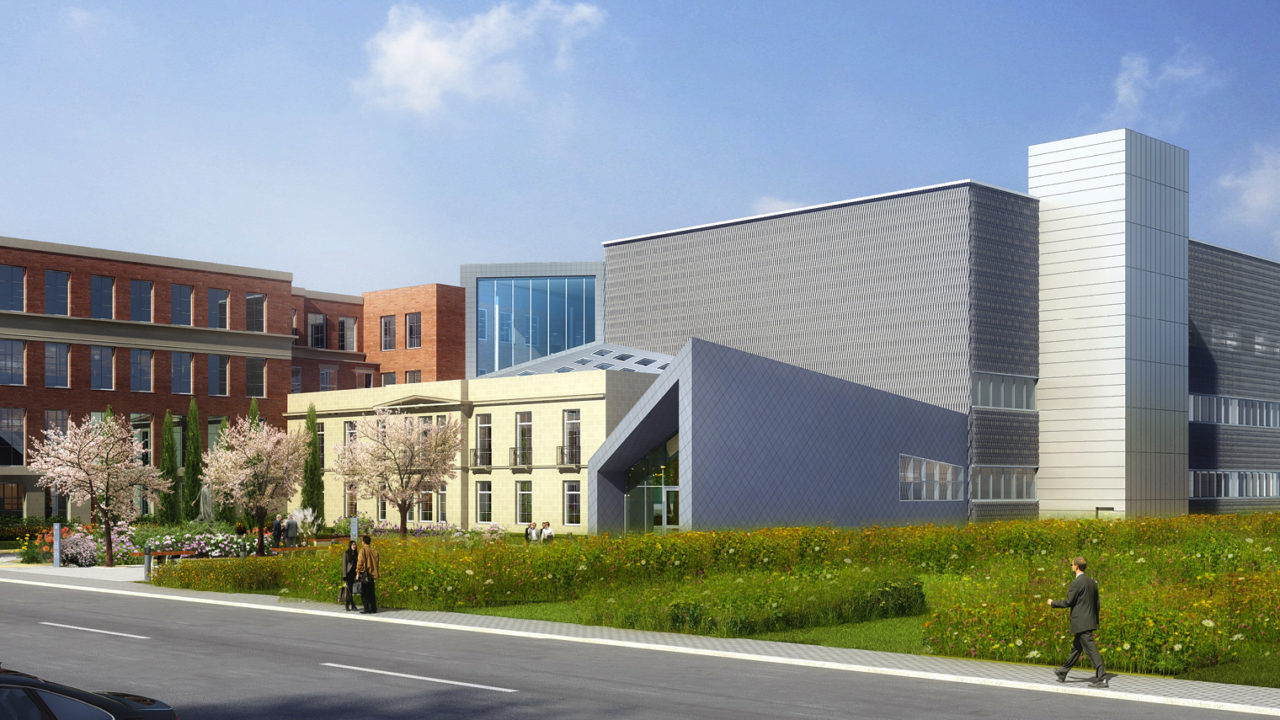 When the Hull-based pharmacy business of Thomas Smith was taken over by his nephew in 1896 the name was changed. Smith & Nephew seemed a good choice. More than a century later, the Victorian chemists shop on a narrow lane facing the city’s Holy Trinity Church has grown into a global healthcare business worth around £12 billion.

It’s not the only local startup in the sector to make good. RB, formerly Reckitt Benckiser, now a £40-billion giant spanning advanced healthcare as well as consumer products such as Nurofen and Durex, has its roots in the Hull starch mill founded by German immigrant Isaac Reckitt in 1840.

Both companies have their corporate headquarters elsewhere after a series of mergers. But they have continued to invest in one of the region’s least-known industrial strengths – healthcare.

“Hull is our founding city,” says Stewart McKinlay, Smith & Nephew’s vice president of research and development. “We have been here since 1856 and we have very strong academic links.”

The business has recently opened an £8-million state-of-the-art R&D centre, part of a £50-million investment in its Hull base, which is supporting the production of high-tech wound management products.

A history of healthcare innovation

The business came to prominence during the First World War when it began supplying the British Army with specialised wound dressings. In the 1920s it started producing the famous Elastoplast brand and now focuses on advanced wound care, developing equipment to help deal with hard-to-heal wounds, such as those resulting from complex surgery or diseases like diabetes.

Products include the Versajet water laser, which is so precise that it can remove the shell of an egg and leave the membrane underneath intact. Surgeons now use it to cut round nerves and blood vessels, procedures too precise for the traditional scalpel.

The business is continuing to build links with the University of Hull, which itself has spent £28 million on a new Health Campus. A five-year partnership framework, with co-investment of around £3 million, will create eight new PhD studentships.

Across the city, international pharmaceutical company Indivior has invested £23 million in its own R&D centre, which houses the company’s research into drugs than can help people to overcome addiction. They’ve been present in Hull for more than 50 years, while over the Humber in Grimsby, another pharmaceutical giant, Novartis, employs more than 400 people and has been a key local employer for more than 65 years.

Investing in Research and Development

Another significant Humberside investment is the £105 million RB has put into a new Centre for Scientific Excellence. Around 1,400 people already work at the site, where a host of medicine cabinet staples are manufactured.

Clare Walker, the company’s R&D group category director, says the new facilities will include laboratories for the company’s analytical and microbiology teams, one of the biggest stability testing suites in Europe to support product evaluation, and a new sensory suite for consumer-led research.

“Our new R&D centre further strengthens scientific capability in the region. It will attract new graduates, as well as experienced hires to drive forward health innovations,” she says.

“After evaluating several global sites, Hull was selected based on the excellent talent pool, and scale of existing RB R&D and manufacturing activity.”

Alongside the cluster of major international players, the Humber is also a hub for high-tech startups

The Humber as a hub for high-tech healthcare startups

Alongside the cluster of major international players, the Humber is also a hub for high-tech startups and several are beginning to branch out into healthcare. VISR, based at the University of Hull’s Enterprise Centre, is the largest manufacturer of cardboard virtual reality headsets in Europe and has now started to apply the technology to the healthcare sector.

“You get a lot of wow factor with technology,” says VISR managing director Lindsay West, “but it’s very hard then to take that next step, which is how do you actually apply this in the real world?”

One way has been to develop a headset that allows medical students to use augmented reality to follow operations remotely. The company has also used immersive technology to develop Botanika, a game that allows young people on the autistic spectrum to gain confidence designing a virtual reality garden, as well as connecting with other people.

VISR is currently working with the University of Hull on technology that will map out the exact location of key personnel in a hospital at any given time, enabling an ambulance crew with a crash victim to navigate the fastest route to the right doctor, for instance.

Many of these spin-outs have been nurtured at the Centre for Digital Innovation (C4DI), an incubator which is helping to connect some of the Humber healthcare giants with local startups. “We do two things,” explains C4DI’s managing director John Connolly. “We help tech companies grow and traditional businesses innovate.”

Vertual, formed in 2007 as a spin-off company from a joint research project between the University of Hull and Hull and East Yorkshire Hospitals NHS Trust, has developed an award-winning virtual radiotherapy training system which uses life-size 3D simulations to train students.

The company is based within the Logistics Institute at the University of Hull and employs 13 people. “In the UK, we changed the way therapy radiography was taught,” says co-founder Andy Beavis. As well as therapy radiographers, the system is also used to train medical physicists and oncologists, and explain the concept of radiation treatment to patients.

So why Hull? “The magic here was having the two sets of expertise, one at the hospital and one at the university,” says Mr Beavis, who concedes there was some discussion about moving to London, but the capital’s higher operating costs meant thoughts of relocating were short lived.

“There’s something about the area that attracts people in, and then they stay forever and a day. It’s a good quality of life here and that’s a key point,” he says.

This is especially true of graduates, who study at the university and then swell the local talent pool when they finish.

While the hospitals trust, with around 8,000 employees, is the hub of healthcare on the Humber, says Mr Beavis, Hull’s connectivity is also an important issue with its port and nearby airport.

“I think there is always a willingness for people to chat, to share ideas, share experiences and collaborate,” he says. “For the last ten years, every single radiographer has been trained using our systems. It’s a system that was made in Hull and we’re proud of that.”