Babies are tested for a number of conditions soon after birth, but varied approaches to screening worldwide highlight how fragmented the medical profession remains over this vital process 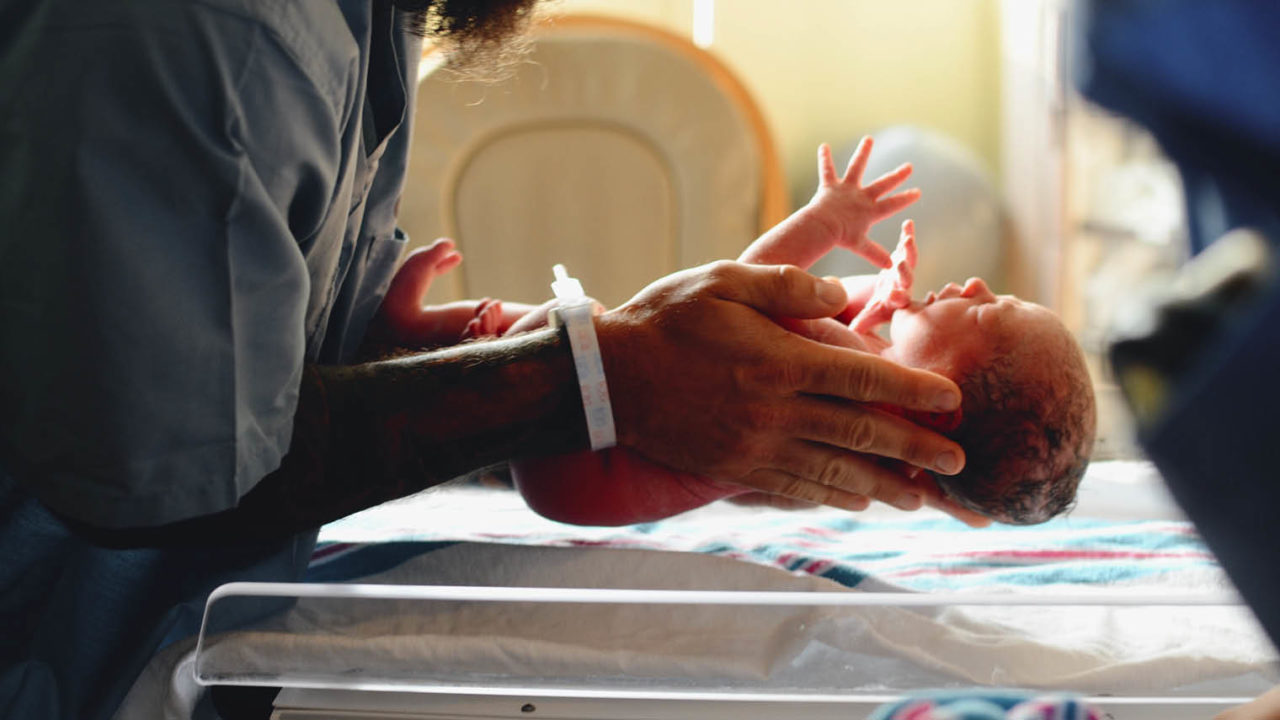 For babies born with certain rare diseases the first few days after birth can be the difference between life and death. Genetic screening can catch many of these conditions, but there’s controversy over how many to test for.

Screening babies for genetic diseases is common practice in most high-income countries. A few days after birth, blood from a small heel prick is placed on a piece of card and used for a series of biochemical tests for conditions that can be effectively treated if caught early. If any come back positive, follow-up tests confirm a diagnosis.

“Some of these disorders will present in the first few days of life and could do irreversible harm or end in death for the child,” says Beth Tarini, researcher at the Children’s National Health System in Washington, who specialises in newborn screening. “So there is a time urgency in the newborn period.”

UK way behind in genetic screening for babies

Globally, decisions on what diseases should be included in genetic screening are generally based on the Wilson and Jungner criteria outlined in a 1968 World Health Organization report. Recommendations include that diseases should be well understood and a significant health problem, there should be reliable tests and early treatment should be more effective.

How these criteria are interpreted varies considerably. While in America, most states screen for 29 of the 35 conditions recommended by an advisory committee, the UK tests for just nine and four were only added in 2015. Many European countries screen for more than twice as many as the UK, including Sweden, Italy, Poland and Austria.

It’s not a question of capacity, says Professor Jim Bonham, consultant at Sheffield Children’s Hospital, who was recently awarded an MBE for his role in the 2015 expansion of UK genetic screening. An explosion in testing followed the introduction of tandem mass spectrometry, a technique that identifies markers of many diseases from a single blood sample. It’s already used in the UK, so adding new conditions wouldn’t be complicated, he says.

But adding tests also carries risks. Those with many false positives, where children are wrongly labelled with a condition, can cause families huge stress and erode trust in the medical system, says Professor Bonham. Others that fail to distinguish between mild and severe forms of a disease can unnecessarily medicalise patients, and some identify diseases with questionable treatment options.

“I think some countries have been less cognizant of understanding the harms around just adding in more and more conditions,” says Professor Katherine Payne, health economist at the University of Manchester. They are also often less conscious of cost effectiveness, she adds. That’s crucial in a publicly funded system where money could have greater impact elsewhere.

Nonetheless, the UK’s approach can be ponderous. Professor Bobby Gaspar, paediatrician at Great Ormond Street Hospital in London, has been petitioning since 2011 to add a genetic screening test for severe combined immunodeficiency (SCID), which makes children highly vulnerable to infections.

The test is standard practice in many countries and there’s strong evidence that catching SCID before infections set in dramatically improves survival, says Professor Gaspar. However, the NSC insists on doing its own evaluation study, which was agreed in 2017, but won’t begin until next year and is likely to take a couple of years.

“It’s been a frustrating process,” says Professor Gaspar, who is also chief scientific officer at Orchard Therapeutics, which is designing gene therapies for SCID. “We need to get this implemented as soon as possible because this has the potential to save lives.”

Hard evidence is difficult to come by with rare diseases, says Maximilian Zeyda, technical director of Austria’s newborn screening lab, because data is intrinsically scarce. Austria screens for 28 diseases based largely on recommendations from a panel of specialist paediatricians.

“There is not so much hard scientific evidence and much more evidence by experience,” he says, adding that newborn screening is an area where expert opinion should carry more weight.

The bias should be towards including tests, she says, but going forward there’s a need for robust data collection to enable educated reassessments. “This gives you the benefit of action with re-evaluation,” says Dr Tarini. “We have not generally done that in a systematic way.”

The cost of unraveling someone’s genetic code has fallen dramatically in recent years. This is opening up the tantalising prospect of screening babies for genetic diseases using DNA sequencing.

Robert Green, medical geneticist at Brigham and Women’s Hospital and Harvard Medical School, is running the first US trial of newborn genomic sequencing. Half of the 325 babies in the programme have had their genomes sequenced and early results are promising.

“Some 11 per cent had a disease-associated mutation in a single-gene disease, which is crazy high,” says Dr Green. “About half the things we found have conventional treatments that can alter the course or minimise morbidity.”

Genetic predictions can be imprecise because many conditions are caused by complex gene interactions, which has raised concerns of unduly worrying parents. There are also ethical issues around detecting diseases that appear later in life.

“If we identify babies with predispositions to become ill in adult life, you remove their right not to know,” says Professor Jim Bonham, consultant at Sheffield Children’s Hospital.

But Dr Green says all medical diagnosis deals with risk factors. High blood pressure is only indicative of heart problems, it doesn’t guarantee them, for example. Both he and Professor Bonham agree that the challenge is finding better ways of conveying this information.