We all age as time goes by. The idea that ageing is a natural and inevitable process is ancient. So much so, that when a nonagenarian dies, we say it’s “of old age” or “natural causes”. Even though the actual causes are age-related diseases. Now, some scientists argue that we need to redefine ageing.

David Sinclair, geneticist at Harvard Medical School, says ageing should no longer be seen as a natural consequence of getting older, but as a condition in and of itself. What could be the implications of a new definition? The World Health Organization and the US Food and Drug Administration classify diseases and this guides how drugs can be trialled, prescribed and sold. It could also direct more research and investment into the field.

Could changing the way we conceptualise ageing therefore revolutionise healthcare? And if so, would the pharma industry start producing compounds to tackle ageing?

How do we define ageing?

But first, how to define ageing? There is a range of views on this. “Based on science, ageing can be seen as a function of molecular mechanisms and diseases in addition to hereditary genetic factors and epigenetic factors, responding to lifestyle, nutrition and our natural and social environment,” says Alexander G. Haslberger, professor at the University of Vienna’s nutritional department and board member at Verita Healthcare Group.

There are a number of mechanisms and processes that are involved, and they can’t be targeted with one magic bullet

When biologists talk about ageing, they refer to the deteriorative part of the process as “senescence” to avoid confusion, says David Gems, professor of biogerontology at University College London. “Senescence is deteriorative change and it’s clearly pathological.”

Critics say that classifying ageing as a disease would further stigmatise older generations or that it might divert attention from encouraging healthier lifestyles.

Those who say, “‘let’s celebrate ageing, it’s not a disease’ miss the mark”, argues Professor Gems. Such arguments are well intended, but overlook the “real urgency of trying to do everything possible to prevent all aspects of senescence, the main cause of disease in the world. To say that ‘suffering in later life, that’s OK’ is inhumane”, he says.

A fruitful line of analysis “is to recognise ageing is the main risk factor for a host of diseases that restrict and kill people in later life: coronary heart disease, stroke, type-2 diabetes and dementia”, says Alan Walker, professor of social policy and social gerontology at the University of Sheffield.

“I’d call it a condition, not a disease,” says Professor Warren C. Ladiges, of the University of Washington, who is director of the Geropathology Research Network. “It’s multi-factorial; there are a number of mechanisms and processes that are involved, and they can’t be targeted with one magic bullet.”

A fundamental shift is needed

Even if ageing is not redefined as a disease, many scientists agree that the way we address ageing needs to evolve. Why is that? The change in perspective is a fundamental shift in medicine, argues Luigi Ferrucci, scientific director of the National Institute on Ageing in the United States. If the biological mechanisms of ageing are fixed and unchangeable, then the study of ageing becomes a “speculative science”, he says.

But if we acknowledge that ageing is at the root of most chronic diseases and, if the mechanisms of ageing may be modulated, then understanding ageing opens incredibly powerful perspectives, says Dr Ferrucci. He argues that slowing down ageing will affect all diseases and could truly expand people’s health-spans. This, in turn, would curtail the cost of healthcare.

Over the last few decades, scientists have gained new insights on how different organs age and how people have different levels of resilience in the face of ageing. Studies in mice, for example, have shown what happens when cells age and scientists have effectively used drugs to extend the lifespans of mice.

Research has revealed that so-called longevity genes, which control our health and fitness, can benefit from exercise and intermittent fasting. Alternatively, they can be boosted with drugs, as the experiments with mice have shown.

Some of the drugs that extend lifespans, and protect from a number of age-related diseases, are already in use for specific diseases, rather than overall ageing. Metformin, for example, is a common drug for type-2 diabetes. In the TAME (Targeted Ageing with Metformin) study, run by the American Federation of Ageing Research, healthy men and women in their early-60s were asked to take the drug. The study had a small sample, but its results were positive.

This study illustrates that “the pharmaceutical industry has started to produce compounds for the improvement of ageing-relevant mechanisms and diseases”, says Professor Haslberger. “However, they need a new molecular understanding of the ageing mechanism as fast as possible to take this to the next stage.”

Would these developments be likely to spark more interest from the pharma industry? “If drugs could be developed that might be taken regularly by humans for many years, say from middle age, to prevent age-related diseases, then the pharma industry might be interested,” says Professor Janet Lord, director of the University of Birmingham’s Institute of Inflammation and Ageing.

Is a change of definition the first step to revolutionising the field? “Some scientists believe that if ageing is classified as a disease, then you could design and run clinical trials to slow ageing, as the regulatory bodies only approve trials and drugs for disease indications. Currently this is circumvented by carrying out trials to reduce features of ageing such as frailty or age-related diseases,” says Professor Lord.

How much would a new definition really help?

Given that current clinical trials tend to use repurposed drugs, “what may be much more effective and entice pharma to invest is to have new drugs designed specifically to target ageing”, she says. “Pharma, in my opinion, is not likely to invest in this area and it needs investment from government to get this exciting new field going.”

A new definition “would help a little, but is not the major hurdle”, says Professor Lord, pointing out that drugs are not tested on people with several conditions, despite most older people being “multi-morbid”.

This concern is echoed by Christina Victor, professor of gerontology and public health at Brunel University London. “Most people live with multiple conditions, and we’re bad at managing and treating those,” she says. People might have a psychologist for dementia and an endocrinologist for diabetes, but they are treated in silos. Instead, you need a workforce that can deal with multi-morbidity in an integrated way, says Professor Victor.

Professor Ladiges is pioneering research on drug cocktails, which aim to address multiple age-related issues. “Many of the drugs we’re interested in are already clinically approved,” he says. “The question is, how do they interact when you take them simultaneously? It’s just a matter of time until we bring the drug-cocktail concept from the laboratory to the clinic.” 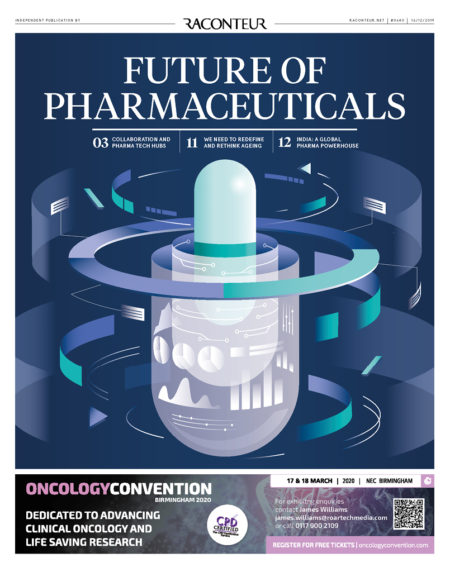