With half the world expected to be myopic within the next three decades, screen time habits may need to change before it’s too late 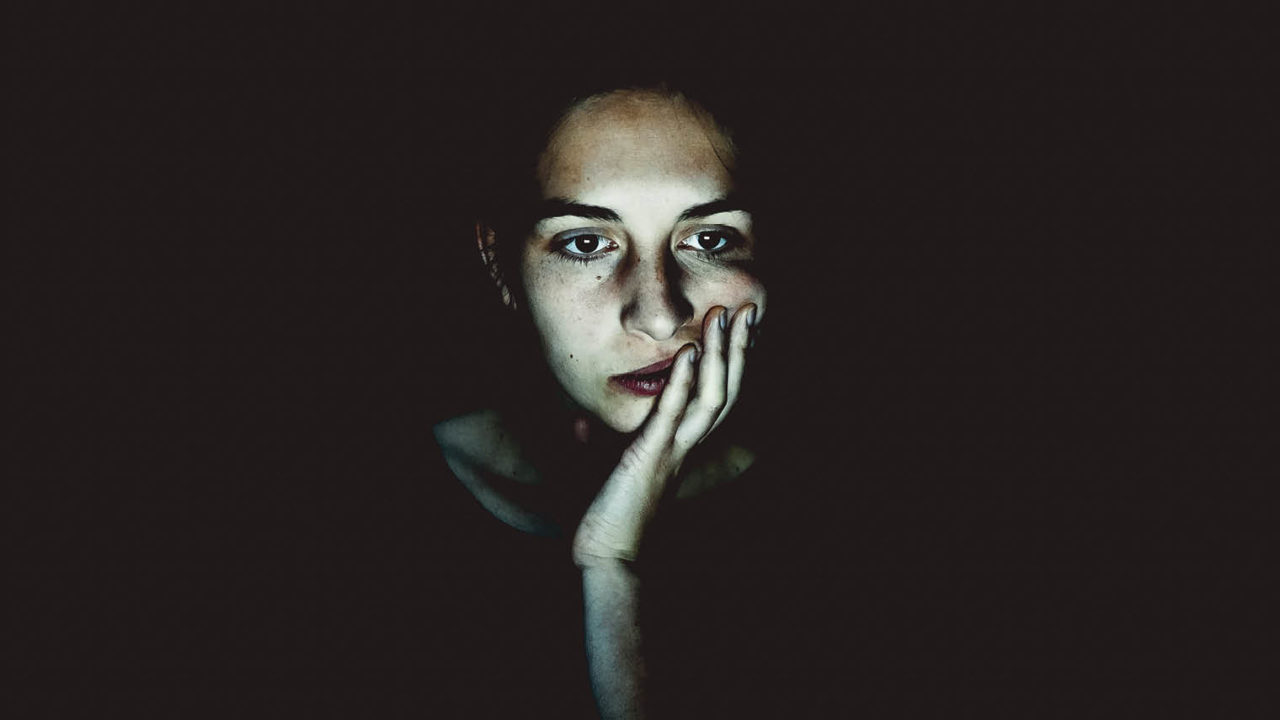 If you are reading this article online, you might want to look away now. The curse of the digital age is our relentless focus on screens and a pandemic of myopia is unfolding before our very eyes.

Myopia, commonly known as short-sightedness, is estimated to affect one in three people in the UK and it is becoming even more common. Research, jointly funded by the College of Optometrists and Ulster University, has shown myopia is more than twice as prevalent among children in the UK now than in the 1960s.

“To avert tomorrow’s explosion of blindness, we have to defuse this time bomb today,” says Bhavin Shah, myopia control consultant.

This is a global phenomenon, which is being felt across the world with variations between regions and ethnic groups. In South Korea, for example, an extraordinary 96.5 per cent of 19-year-old males are myopic. But, in varying degrees, myopia is becoming the new normal and more than half the world’s population will be myopic by 2050, based on current trends.

So, why it is happening now? Scientists believe modern lifestyles play a key role, including the fact that we spend more time indoors, away from natural light, and we are not getting enough sleep.

Increasingly, researchers are coalescing around one significant factor: screen time. There is no clear evidence that screen time alone is a direct cause of myopia. But there is evidence that spending more time outdoors reduces the risk of short-sightedness.

Scientists are studying the long-term effect of exposure to blue light, a high-energy visible light with shorter wavelengths, which we see from screens such as TVs, computers, smartphones and tablets.

There is currently no scientific evidence that blue light damages your eyesight, but studies are ongoing. We do know that carrying out near tasks, involving looking at something close up, such as mobile devices and computers, can increase eye strain for those who do this for long periods. But while it does not cause permanent damage to your eyes, it can be uncomfortable.

One of the main symptoms is temporary blurred vision, but other signs, such as sore and tired eyes, dry eyes and headaches, are also associated with digital eye strain.

Although mild myopia typically does not increase the risk of eye health problems, moderate and high myopia can be associated with serious side effects that can put a person’s eyesight at risk.

Studies have shown that cataracts develop sooner in highly myopic eyes. They also have found that eyes with high myopia have a higher prevalence of co-existing disease and complications, such as retinal detachment.

Meanwhile, myopia, even mild and moderate kinds, has been associated with an increased risk of glaucoma. An Australian study found that people with short-sightedness had a two to three times greater risk of glaucoma than those with no myopia.

Short-sightedness can usually be corrected effectively with a number of treatments. Corrective lenses, such as glasses or contact lenses, help the eyes focus on distant objects. Increasingly, people are turning to laser eye surgery to alter the shape of the eye, while artificial lens implants are also becoming more widely available, using a man-made lens inserted into the eyes to help them focus.

Although an outright cure for myopia has not been discovered, treatments are emerging to raise hope that we may be able to slow its progression. Studies of atropine eye drops to control myopia progression have been impressive, at least for the first year of treatment. More research is needed to understand how atropine can best be used for the longer term.

How to prevent myopia early

Myopia often begins in childhood or adolescence, so parents are advised to schedule regular eye tests. It is also important to encourage children and young people to spend more time outdoors in regular play or exercise. Studies show two hours of outdoor activity every day is ideal.

Best practice for safe mobile use includes night settings on devices to help children sleep by reducing the amount of blue light given off by the mobile phone, for example. It is also recommended that digital devices be switched off at least one hour before bedtime.

More research is needed to help us understand the impact of smartphone eye strain and the best strategy for mobile usage. In the meantime, the message is slowly getting through that less is best when it comes to screen time. 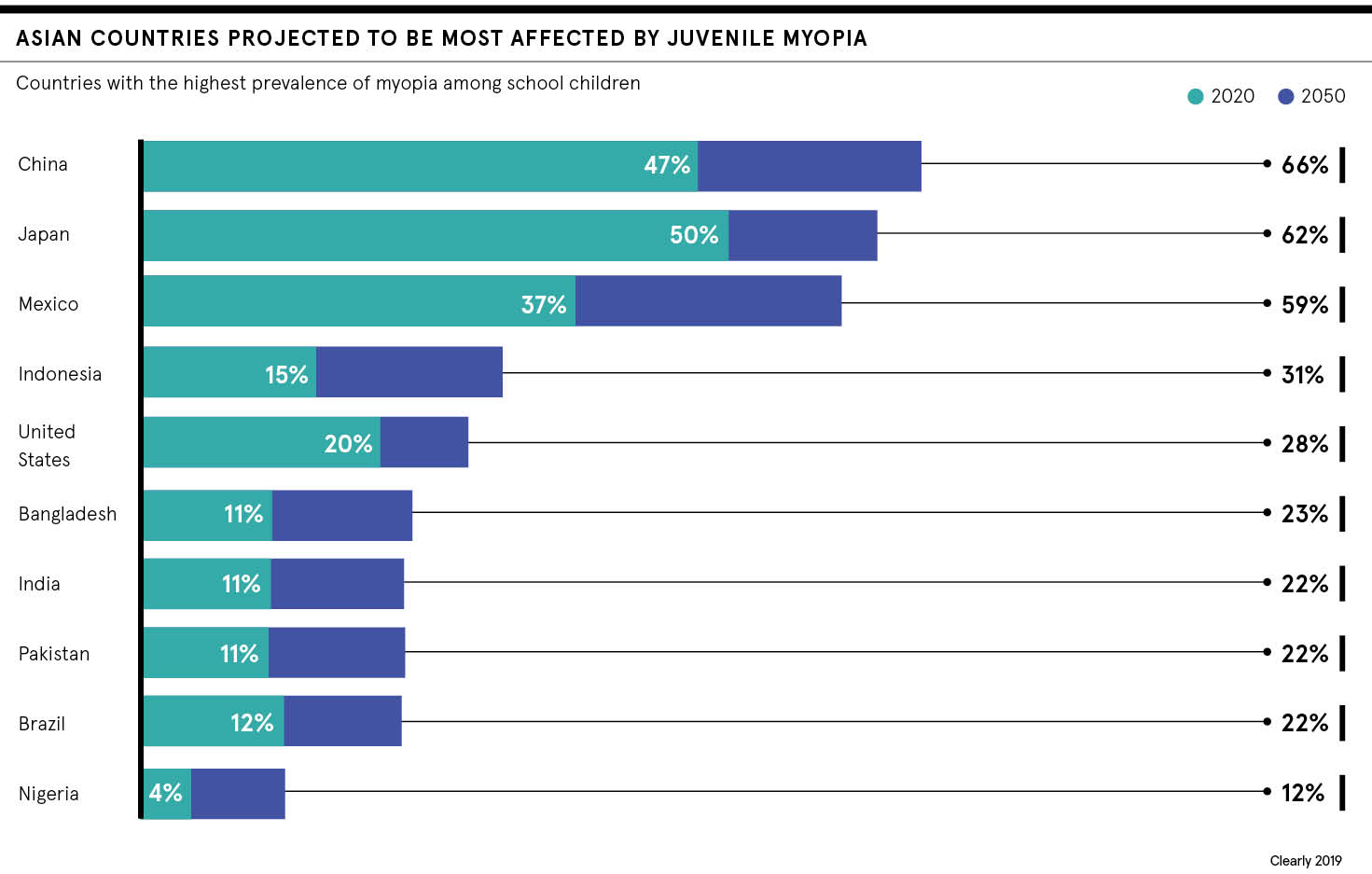 Myopia is an eye condition that causes distant objects to appear blurred, while close objects can be seen clearly. Other symptoms include squinting, eye strain and headaches. Feeling fatigued when driving or playing sports can also be a sign of uncorrected short-sightedness.

The condition occurs when the eyeball is too long, relative to the focusing power of the cornea and lens of the eye. This causes light rays to focus at a point in front of the retina, rather than directly on its surface.

Short-sightedness can also be caused by the cornea being too curved for the length of the eyeball. In some cases, myopia occurs due to a combination of these factors.

Myopia typically begins in childhood and you may have a higher risk if your parents are short-sighted. In most cases, it stabilises in early adulthood, but sometimes continues to progress with age.