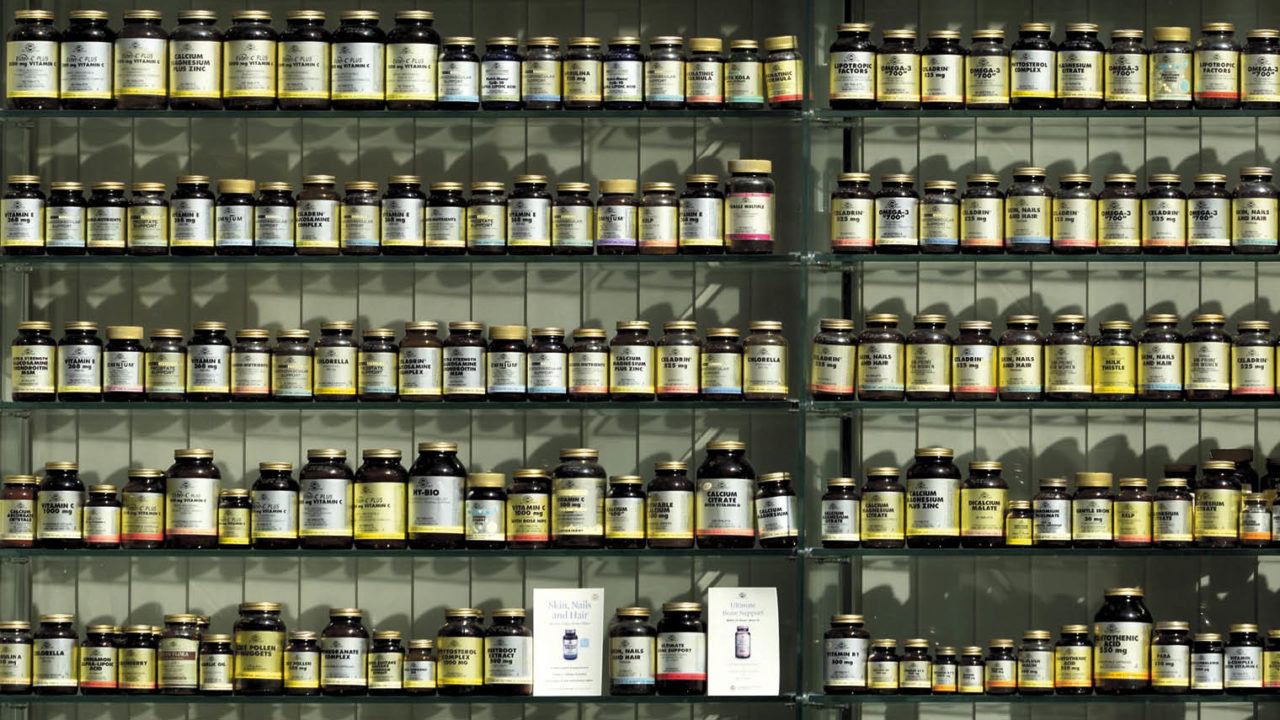 There are many claims about food. According to one, Royal Air Force pilots ate blueberry jam during the Second World War, which supposedly improved their vision on night flights. But a counter view says the pilots were testing new and improved radar equipment during this time. It’s the latter that explains their success, but our enthusiasm for promising nutrients continues.

Walk into any health food shop and you will find eye health vitamins that promise to “protect your cells” with ingredients such as “special berries native to Northern Europe”. Are such vitamins an essential part of eyecare or are they simply a marketing ploy?

Ageing populations and healthier lifestyles have spurred sales of vitamin supplements over the last decade. More than half of Americans regularly take vitamins or mineral supplements, according to a 2013 Gallup poll. Among those aged over 65, consumption is the highest at 68 per cent.

Do optometrists ever recommend eye health vitamins? “It’s common practice to recommend supplements for people who have age-related macular degeneration (AMD),” says Roshni Kanabar, clinical adviser at the UK’s Association of Optometrists. She says they are not typically recommended for cataracts.

AMD is caused by damage to the macular region of the eye, which is the part of the retina that provides detailed and central vision. There are two main types of AMD: dry and wet. Ms Kanabar explains that the common treatment for wet AMD consists of eye injections, while there is no effective treatment for the dry AMD, but supplements are often recommended.

This recommendation is largely based on two influential American studies. In 2001, a large-scale study called Age-Related Eye Disease Study (AREDS) found that people who already have AMD lowered the risk of a more advanced stage by 25 per cent when they took a combination of vitamin C, vitamin E, beta-carotene and zinc.

In 2013, there was a follow-up AREDS2 study. This time, the researchers made two changes: they added omega-3 fatty acids to the equation, but found this had no effect on the formulation. And they swapped beta-carotene for the antioxidants lutein and zeaxanthin, which appeared to be a safe and effective alternative. The motivation for this second change was that prior studies found beta-carotene posed an increased risk of lung cancer if it is taken by smokers.

Crucially, the study notes that for people without any AMD, “the nutrients did not provide an apparent benefit”. Eye health vitamins do not, therefore, help with prevention for the general population, says Susan Blakeney, clinical adviser at the London-based College of Optometrists.

The two AREDS studies had a robust sample size and were sponsored by the US National Eye Institute. But later studies have failed to reproduce the same benefits, which is how scientists test whether research results are reliable.

According to a 2017 Cochrane Review: “Supplements containing lutein and zeaxanthin are heavily marketed for people with age-related macular degeneration, but our review shows they may have little or no effect on the progression of AMD.” Another one was more positive, it concluded: “taking an antioxidant multivitamin supplement may slow down the progression of AMD.”

Dr Blakeney says: “As much as we all want to know the outcome, these studies are very difficult to conduct.” They require thousands of people to make up a sample for observations over multiple years. Then there are many other risk factors, like what did they eat or drink during that time? Also, with older people, it’s harder to narrow down all the influences due to their longevity.

Vitamins alone can’t do what a healthy lifestyle can

People who take vitamins tend to be wealthier, healthier and better educated, and this can skew the results of some research as cause and effect get tangled in a web of circumstances.

What’s more, several studies include disclaimers, such as: “Although generally regarded as safe, vitamin supplements may have harmful effects.” With all vitamins, the wrong combination or a high dosage can cause side effects.

Many robust studies have shown that vitamin-rich foods, such as vegetables and fruit, improve our health. But that doesn’t necessarily mean we can condense the benefits of broccoli into a green pill.

“It’s not what people want to hear, but the main thing to protect their eyesight is to stop smoking,” says Dr Blakeney. “We know it increases the risk of AMD significantly.

“It helps to have a healthy diet, maintain a healthy weight and protect yourself from sunshine by wearing sunglasses or a hat with a brim.

“It’s worth having regular check-ups. They won’t prevent you from having eye disease, but spotting conditions early can help keep you healthier for longer. Even though there is no good evidence that the general population should be taking eye health vitamins, it’s worth asking your optometrist if you fall within the part of the population which could benefit from them.”

Ms Kanabar at the Association of Optometrists emphasises that smoking can increase the risk of AMD four-fold. “It’s not too late to stop,” she says. “If a person stops smoking, the risk level goes down and, after five years, it’s almost the same as that of a non-smoker.”

But does eating carrots improve your eyesight? “Yes, carrots are beneficial,” says Ms Kanabar, “but so are other vegetables.”