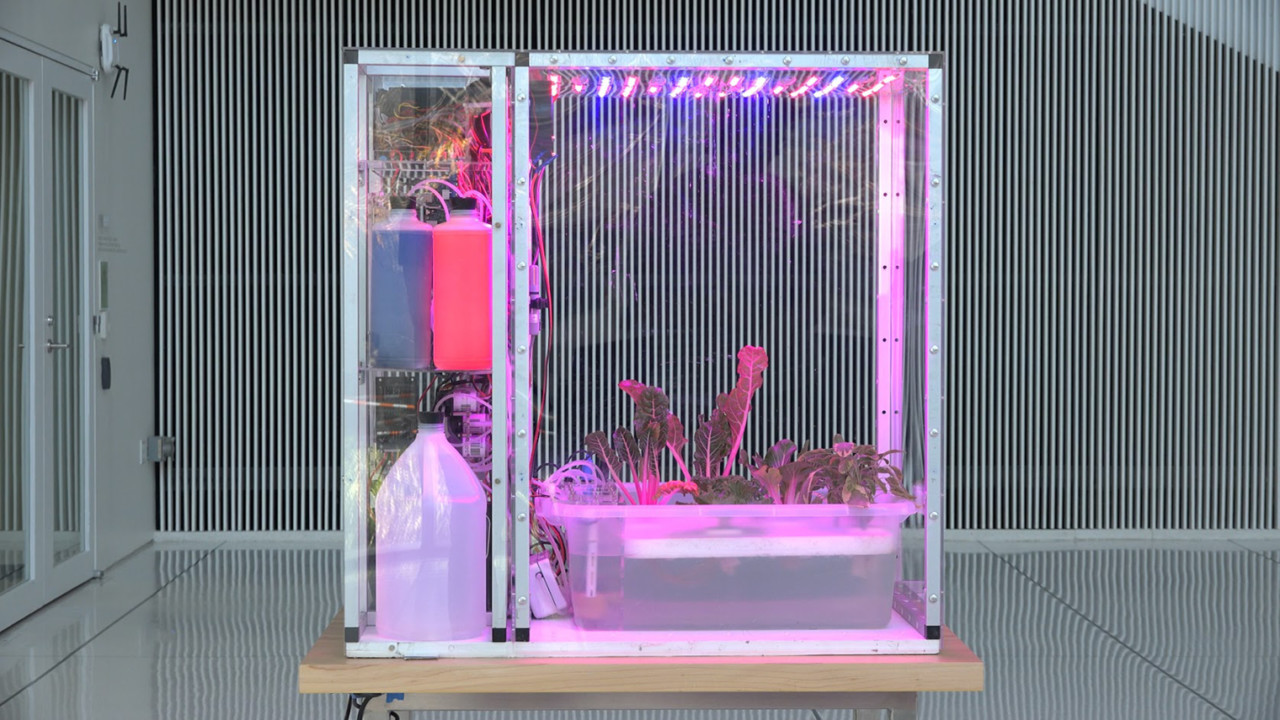 What is the best way to grow basil? Pop a seed in compost, add water, and leave in the sun is the normal method. If you want to get serious then the Royal Horticultural Society lays down time-honoured tips like planting in February, and using 7.5cm of compost. Move your pots outside when the danger of frost is gone.

But if you want to get really serious? Then it’s time to bring in artificial intelligence. Academics at the Massachusetts Institute of Technology are working with Silicon-Valley based Sentient Technologies to build an AI lab for growing the best basil in the world. Testing takes place over multiple generations of basil. Each is grown under strict conditions. Risto Miikkulainen, vice president of research at Sentient, explains: “Elements like UV light, salinity, heat, water stress, and more are controlled in these experiments and the crop yield is analysed.”

Then comes the AI bit. “First, when the number of samples is small and only a few actuators are varied, Gaussian processes can be used to predict what the outcome would be given a new recipe, and Bayesian optimisation used to create suggestions for good recipes. Later on, as the dimensionality and number of samples grow, we use a neural network as the model, and evolutionary algorithms as the optimization method.”

Slowly the links between growing conditions and the final plant become apparent. Miikkulainen says: “The AI has already rediscovered a known trade-off between weight and flavour, and a surprising new result that perpetual light may help some plants produce more flavour.”

This is just one of the countless ways AI is changing food and drink. Some data suggests the industry will be affected by AI more than many others. Accenture calculates that AI has the potential to raise productivity across the advanced world by 40 per cent by 2035, but agriculture will outperform with a 53 per cent increase.

Take farming methods. Drones are used to scan fields to monitor crops. Self-driving tractors and combine harvesters trundle round fields without human involvement. Trevor Wood, group algorithm leader at engineering and technology experts Cambridge Consultants, says “there are opportunities in using AI making more complex decisions around, for example, crop choice to give the optimal yield based on the data available for a particular field.”

The University of Lincoln is creating a fleet of robots to pick fruit and veg. The University’s Lincoln Institute of Agri-food Technology has created a fleet of transporters modelled on the Mars lander. A fully automatic broccoli-picking robot uses AI connected to a 3D camera to guide picking machinery with a soft, gentle touch to pluck each stem with minimal damage. At present almost all broccoli has to be picked manually; the machine may help farmers replace some of their 85,000 seasonal pickers, roles which may be hard to fill after Brexit.

In the food retail sector, AI is commonplace. Morrisons works with algorithm specialist Blue Yonder to automate product ordering for its supermarkets. Blue Yonder tracks sales data and then crunches hundreds of other variables, from weather to football fixtures, to gauge exactly how many courgettes and turnips to put on the shelves. The process automates the stocking of 26,000 ambient and long-life products in 491 stores. Morrisons reports shelf gaps are down 30 per cent and stock holding in store is down by two to three days. Staff are freed up from the arduous task of processing order numbers. It’s a marvellous example of how AI can improve the performance and bottom line of a food and drink retailer.

Complex handling is increasingly done by robot arms. Orkla, a consumer goods company mostly operating in the Nordic and Baltic regions is installing a range of Yumi robots, made by ABB. These dexterous robot arms are controlled by AI and can package and sort confectionery products many times faster than humans.

The impact of AI on food and drink will be immense. Chip-maker Intel says the combination of sensors, robotics, and AI will produce a leap in production: “Using AI and robotics, smart farm equipment will help farmers produce 70 percent more food by 2050 — to feed an ever-increasing world population.”

Higher yields, less waste, cheaper harvesting, and of course, tastier basil: just a few of the outcomes of artificial intelligence in the food industry.