Are shock tactics in advertising dental care products having a positive effect or do they scare more people off from visiting a dentist? 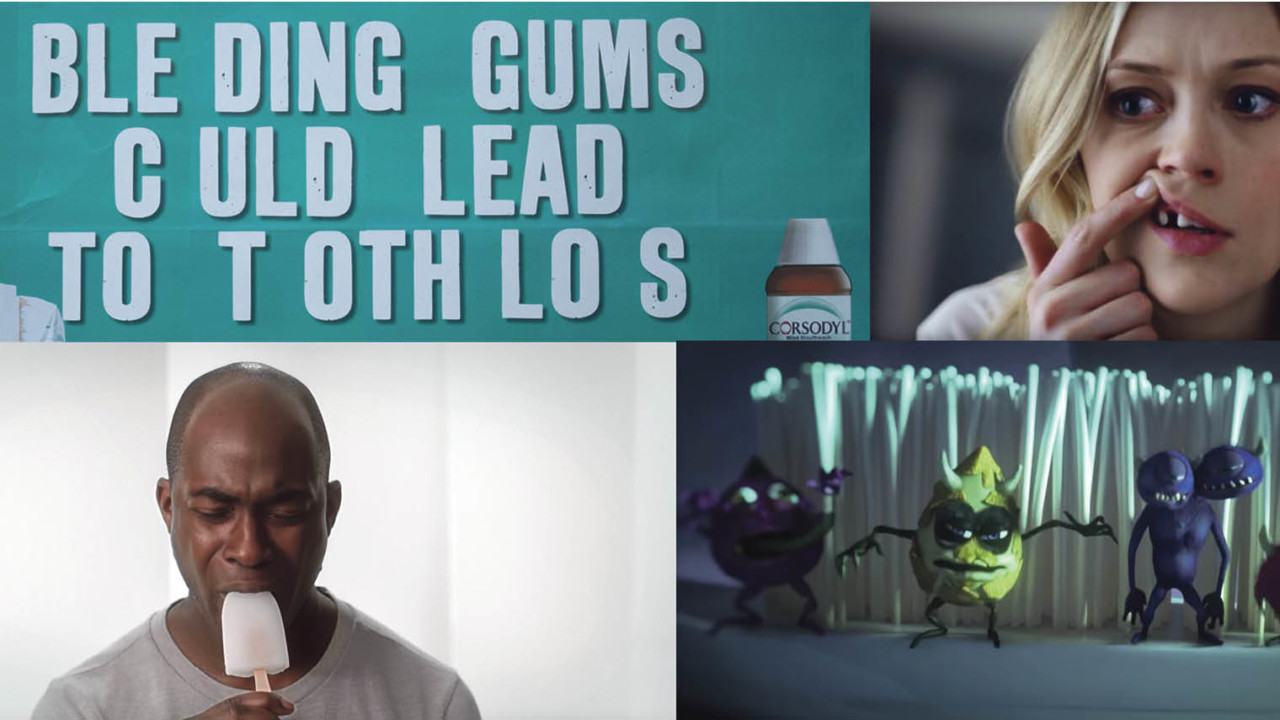 Dental care brands are turning to shock tactics and fear to get consumers to sit up and take notice of their products. TV, print and online ads for toothpaste and mouthwash brands are using images that highlight rotten teeth, bleeding gums and the dangers of “acid sugar”.

Dentists cautiously welcome the use of frightening images in advertising to motivate people to take greater care of their teeth and gums. But they warn that the advertisers’ scare tactics could exacerbate people’s already considerable fears about visiting their dentist.

A striking example of fear-based advertising is from mouthwash and toothpaste brand Corsodyl. The brand, which promises to fight gum disease, has a history of hard-hitting ad campaigns which play on people’s anxieties about tooth loss and bleeding gums to drive home its message.

A TV commercial for Corsodyl last year showed a woman spitting out six of her teeth, then waking up and realising this had been a bad dream. The ad claims that gum disease is the leading cause of tooth loss, but that Corsodyl toothpaste or mouthwash can help keep gums healthy. The closing frame of the ad shows the woman looking in the mirror to reveal that one of her teeth is missing. “Losing a tooth in real life is worse than a bad dream,” says the voiceover. The ad plays on deep-seated fears about tooth loss.

Is it a good thing?

Dr Ben Atkins, clinical director of Revive Dental Care in Manchester and a trustee of the Oral Health Foundation, says: “Any way in which we can get more people thinking about their oral health is essentially a good thing.” But he believes that using fear as a marketing tactic could backfire. “The issue I have with shock adverts is that they often have the adverse effect they are aiming for,” he says.

Dr Atkins is concerned about “white-coat syndrome” – people’s fear of visiting the dentist. “There is already a huge perspective of the dentist being the ‘enemy’ and dental anxiety is a big problem,” he says. “Many people bury their heads in the sand when it comes to their oral health and we don’t want to perpetuate these myths.”

The Corsodyl ad prompted 11 complaints to the Advertising Standards Authority (ASA) from people who said the portrayal of spitting teeth was offensive and distressing. But the ASA decided not to investigate the ad as it believed there was no breach of advertising rules.

Corsodyl is owned by pharmaceutical giant GlaxoSmithKline (GSK). In a statement, the company says tooth loss can be caused by a severe form of gum disease called periodontitis and that it is vital to treat early symptoms such as bleeding gums. And it says UK surveys show that some level of irreversible periodontitis “affects almost half of adults”.

“Given both the lack of awareness and understanding of the condition, we created an advertisement for Corsodyl depicting an anxiety dream about losing teeth. This was intended to highlight how important it is not to ignore the early signs of gum disease,” the company says.

Dental ads use a variety of scary images in promotional materials. Colgate encouraged children to brush their teeth in a cartoon video showing evil characters the slimy Placulus and his band of plaque monsters. Colgate Kids ran a campaign to encourage children to change toothbrush showing the Invisible Nasties, a group of frightening cartoon characters. A GSK toothpaste brand, Sensodyne Rapid Relief, has posted a video on YouTube which explains: “The following footage shows real people experiencing real pain,” as they bite an ice lolly, take a drink or simply grimace in agony because of tooth pain.

The shock tactics seem to work, with Corsodyl ploughing more than £7 million into the Dreams campaign and launching a new, slightly less shocking campaign this year.

Even so, much dental advertising is upbeat and accentuates the positive effects of good oral care. Many toothpaste ads focus on achieving healthy, white teeth. As Elizabeth Foord, a strategy director at Colgate’s advertising agency Red Fuse, says: “The growth of social-media platforms has made many people keen to have bright white teeth for pictures on Facebook or Instagram.

“Having that perfect white smile is a symbol of health and wealth. A white smile is something that people are craving more than they used to, there is much more emphasis on the public image.”

But Ms Foord agrees that fear plays a huge part in people’s attitudes to dental care. “One of the most potent emotions is fear and one of the reasons that dental advertising is quite difficult is that we are all scared of losing our teeth,” she says. “It is a very primal emotion and as a result we don’t like to think about oral health until it is too late.” She believes shock tactics risk putting people off thinking about their teeth.

In fact, oral health has improved markedly over the past 40 years. Dr Atkins attributes this largely to heavy marketing of fluoride in toothpaste since the 1970s, which has helped to fight tooth decay. But he stresses the vital role of the dentist.

He says: “It is about sitting and working with your dentist and saying ‘which product is better for me, and how long should I use it for and what do I use it for and when do I use it?’ So having that appointment with your dentist to go in and say ‘should I be using this Corsodyl?’” But Dr Atkins concedes that shock tactics in advertising can make some people scared enough to go and see their dentist to have such a conversation.