With so many worthy causes looking for support, why has a pharmaceutical company chosen to focus on a distressing condition that many have never heard of? 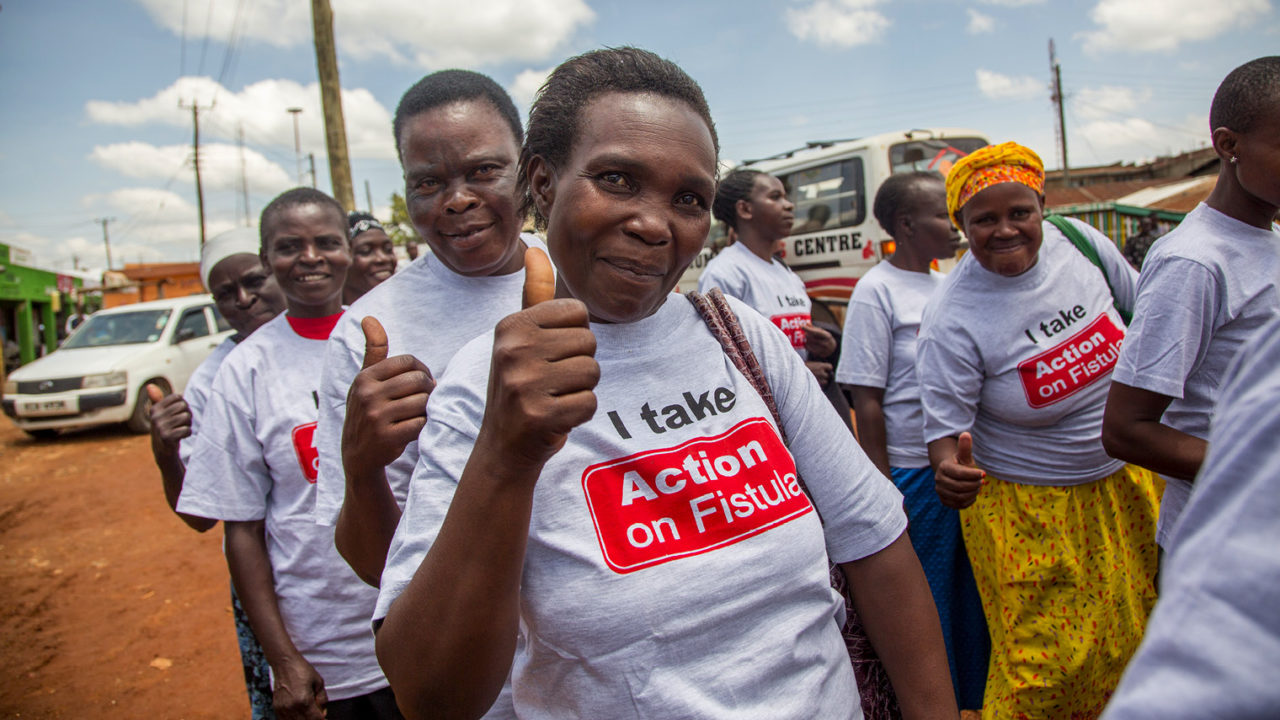 When it comes to raising money for cancer, there isn’t much people will not do: run marathons, bake cakes, shave their hair. Mental health, once the Cinderella of charitable causes, can these days call on royalty. People scared of heights will jump from planes or abseil down the tallest buildings if they believe it will end cruelty to dogs or cats.

How far would you run for obstetric fistula? Would family and friends support you if you held a pub quiz to raise money to pay for treatment? The chances are you would have to begin by explaining what fistula is and that is no easy task.

It takes courage and deep commitment for an organisation to embark on a charitable initiative to support the treatment and care of women in Kenya affected by obstetric fistula. Yet this is what Astellas Pharma Europe, the pharmaceuticals company, did in 2014 with an ambitious programme to help thousands of women rebuild their lives.

Why fighting fistula is a worthy cause

Obstetric fistula most commonly occurs among women who live in the poorest countries, who give birth without access to medical help, suffering excruciating pain for days before the baby is finally dislodged. The baby rarely survives.

Obstetric fistulas most commonly occur among women who live in the poorest countries, who give birth without access to medical help

An obstetric fistula is a hole between the vagina and rectum or bladder that is caused by prolonged obstructed labour, leaving a woman incontinent. The labour produces contractions that push the baby’s head against the mother’s pelvic bone. The soft tissues between the baby’s head and the pelvic bone are compressed and do not receive adequate blood flow. The lack of blood flow causes this delicate tissue to die and, where it dies, holes are created between the bladder and vagina or between the rectum and vagina, causing incontinence.

A woman with fistula is often rejected by her husband and pushed out of her village due to her smell. And for every woman that gets treatment, at least 50 go without.

Astellas wanted to identify how best to create a corporate giving initiative which would leverage its commitment to building access to medicines. Working with Forster Communications, it ran a strategic review and identified obstetric fistula. It then located a geographical area to focus its efforts. Kenya was selected as fistula was a significant issue there, particularly in rural communities. Some 3,000 women in Kenya develop obstetric fistula each year, with the backlog of cases estimated at 30,000 before the Astellas programme began. The country also had sufficient infrastructure to run a programme; analysis identified that Kenya had hospitals with spare beds but a need for more trained fistula surgeons.

Astellas chose to partner with the Fistula Foundation, an international charity with a successful track record of providing fistula treatment in more than 30 countries. The Fistula Foundation had a vision to transform the way fistula was being treated in Kenya by building a countrywide network of hospitals and community outreach organisations. They had an ambitious and comprehensive plan to reach women in even the most rural areas, bring them to treatment at a fully equipped facility with highly trained surgeons and, post-surgery, support their medical rehabilitation and social reintegration. With seed funding from Astellas, Action On FistulaTM was created.

The results speak for themselves. We have the satisfaction of seeing a programme that is sustainable deliver real change to thousands of women, to their families and to their communities

Christina Chale, Action On Fistula project lead at Astellas, says: “The results speak for themselves. We have the satisfaction of seeing a programme that is sustainable deliver real change to thousands of women, to their families and to their communities. And we have seen real engagement and commitment by our employees to be part of this.”

Kate Grant, chief executive of the Fistula Foundation, says: “Fistula is not an issue that most people know or care about. The predominant injury is a hole in the vagina. There are not many things that are tougher to talk about than that.

“This project has been extraordinarily successful in terms of the number of women we have been able to reach. It has been heartening to be able to give them the priceless gift of health that has made it possible for them to take their place with their families and with the community.”

The programme has created a long-lasting legacy. More than 3,500 women have received life-changing obstetric fistula reconstructive surgery. It has significantly increased surgical capacity in Kenya to treat the condition by training six fistula surgeons to global competency standards set by the International Federation of Gynaecology and Obstetrics.

It also set up six treatment centres across Kenya providing fistula surgeries on a routine basis. With greater access to treatment, closer to where they live, women are no longer placed on waiting lists to receive surgery, nor are they forced to travel long distances for treatment. The network of sites and surgeons work closely together, sharing information and resources, and creating a strong community of practice that will be sustained far beyond the duration of the initiative.

Action On Fistula: plans for the future

Action On Fistula was recognised at the 2017 Better Society Awards for its work with the Fistula Foundation in the Partnership with an International Charity category and the 2017 Communiqué Awards for the Excellence in Corporate Social Responsibility category.

Ms Chale highlights the importance of partnering with a credible charity with the capability to deliver on its commitments. “I cannot stress enough how significant it was to be able to work with the Fistula Foundation and the role they played in the success of this initiative,” she says.

The original three-year programme has been extended to 2020 with an ambitious target to provide surgery for an additional 2,000 women with fistula. There are plans for two more treatment centres and training for a further six surgeons. Action On Fistula also wants to train ten fistula nurses to support women during treatment and establish twenty support groups across Kenya to provide psychosocial assistance, economic empowerment and income-generating activities to return to their communities.

Ms Chale recommends that from the outset, corporate partners should work towards tangible outputs with a measurable impact and consider how they will measure success, in a credible and holistic way.

She would have no hesitation in encouraging organisations to follow their example by supporting a smaller charity and a cause with a modest public profile. “Don’t be afraid of smaller charities,” she says. “Be prepared to embrace causes that may not yet be popular, but are just as deserving of public support. You can make a real difference.”

For Action On Fistula to continue this proven, life-changing work, additional financial support is critical and they are actively seeking partners to help continue this work. Anyone interested should contact the Fistula Foundation at www.fistulafoundation.org