The skin is our largest organ, which protects us from a multitude of intruders, and is also a good mirror of our general health. But there are a number of troubling conditions, some of which carry persistent myths 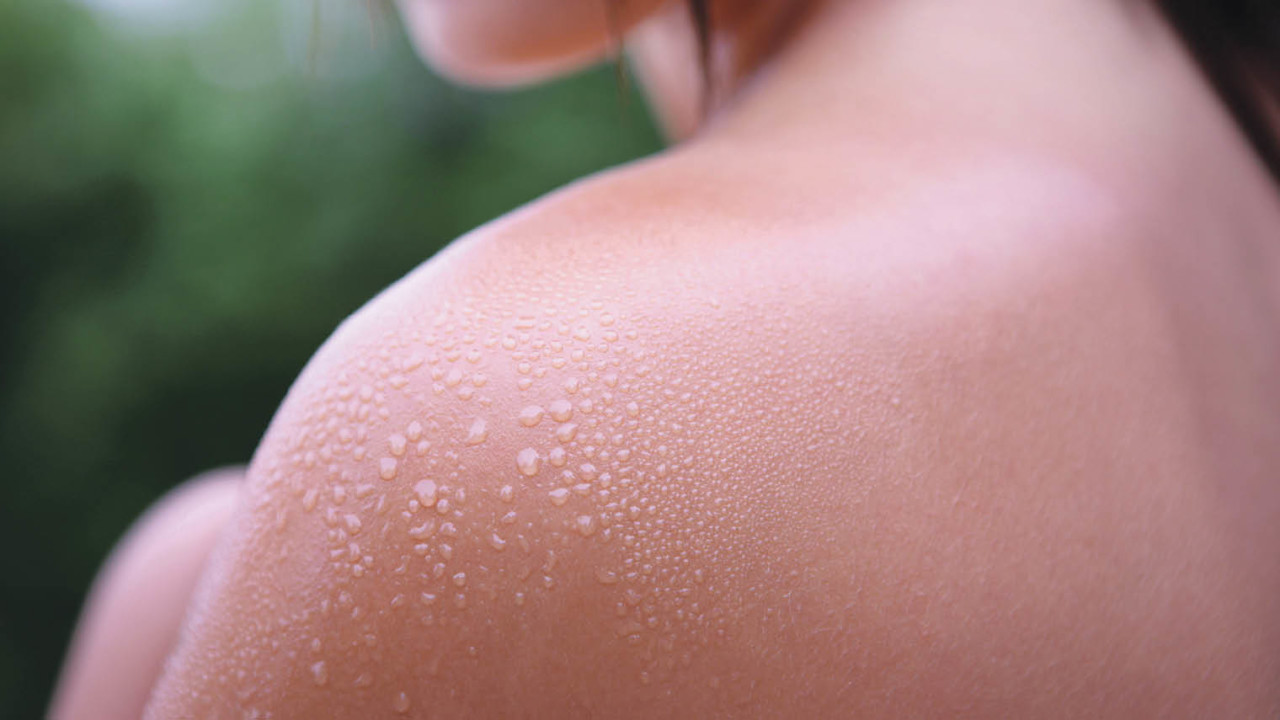 More than 80 per cent of cases of adult acne occur in women, probably linked to changes in hormone levels during menstruation, pregnancy and with things like polycystic ovary syndrome.

While we might have been told as teenagers that our acne was due to poor hygiene, in fact most of the biological triggers occur beneath the skin.

Acne is caused when the sebaceous glands produce too much sebum, which mixes with dead skin cells and block follicles. So washing your skin too often or too vigorously could actually be making it worse.

Though eating a healthy diet is always a good idea, those Easter eggs or takeaways probably aren’t having too much of a negative effect on your skin as research links no particular foods to acne outbreaks. The best treatments are gentle anti-bacterial products.

Eczema tends to be talked about in the singular and advised about by kindly family members. But it’s a myth that eczema is all the same. There are a few different types, all with different causes, some allergy-related and some attributed to genetic protein deficiency.

While food and eczema are often discussed in the same sentence, the effects of diet have proved inconclusive, with diet being a trigger for some people, but not others and often only relevant for young children.

Atopic eczema manifests itself in dry skin unable to retain moisture, and is thought to be hereditary, related to asthma and hay fever. It can also become red and itchy with certain triggers such as some soaps and detergents, changes in the weather and food allergies.

Dermatitis is often used to describe a type of eczema which results from contact with some chemicals and detergents as well as some plants.

The best treatment for eczema is usually an emollient cream, which moisturises the skin and prevents it from drying out.

Rosacea, characterised by redness of cheeks, chin, nose and forehead, is a vascular and inflammatory condition that affects one in ten people. More obvious in people with fairer skin, it can look a lot like sunburn or flushing. It can also cause sore or bloodshot eyes.

This condition is often lumped in with acne but, while they may look alike, they have very different characteristics.

Research has suggested that rosacea is actually linked to a dysfunction in the body’s natural immune system or an abnormality in blood vessels, so treatments should err away from the antibacterial and towards things that address blood vessel issues, such as antibiotics or light therapy.

Rosacea has nothing whatsoever to do with hygiene. In fact, scrubbing the skin can make symptoms worse. However, there are a few common triggers, such as alcohol, spicy food and sun, though these might seem desirable.

Psoriasis affects around 2 per cent of people in the UK and mostly those over 35, though it can start at any age. It’s recognisable by sometimes itchy and sore patches, usually on elbows, knees, scalp and the lower back, but can appear anywhere.

People with psoriasis produce more skin cells than average and this is related to problems with the immune system, though injury, infection or certain medicines can trigger a bout. As with other conditions, stress and lack of sleep can make things worse. It can also be hereditary.

Again, it’s a myth that there’s only one type of psoriasis. In fact there are several, including pustular, inverse, guttate and plaque, which is the most common. It’s also a myth that it’s contagious. It’s not.

Psoriasis is usually treated with emollients, phototherapy (exposure to ultraviolet light) or systemic (oral and injected) medicines. Often vitamin-D creams can be used in mild cases to slow the production of skin cells and offer relief from inflammation.

Seborrhoeic dermatitis is notable by red, inflamed skin patches, occasionally with white or yellow greasy or itchy scales, and usually appearing on the scalp, face – around the eyes and forehead – ears and skin folds. It can also appear on the eyelids and lead to a common condition known as blepharitis.

It is believed that the commonly occurring yeast malassezia plays a role in the development of seborrhoeic dermatitis, which affects up to five in every hundred people in the UK. Those with the condition are more sensitive to malassezia and this leads to an inflammatory reaction. Symptoms usually get worse with tiredness or stressful situations. It’s not contagious.

Treatments include medicated shampoo for the scalp, usually with ingredients such as coal tar, ketoconazole, pyrithione zinc, selenium sulfide or salicylic acid, which help reduce the yeast or soften the skin and minimise the itching. Antifungal creams containing ketoconazole can help to reduce malassezia yeast on the body and corticosteroid creams reduce inflammation.