The label “Made in Britain” commands respect and a premium price, as Dan Matthews discovers in search of an answer to why Brand Britain succeeds

Rightly or more normally wrongly, people revert to stereotypes to make sense of the world. We park individuals into meaningful groups because it helps quick assessments, allowing us to hit the ground running when we size-up new acquaintances.

It’s hard not to judge people based on their profession, their hobbies or how they vote. Create a mental picture of an accountant who votes Lib Dem and plays golf, and you’ll see what I mean. But arguably the biggest engine room of stereotypical slurs is someone’s nationality.

The French are grumpy, Brits are awkward, Americans loud, Germans humourless and Russians cold. Swedes like saunas and are unfazed by nudity, Australians eat barbecued food and drink lager from cans, while Italians ride around on scooters saying “ciao”.

This is silly, of course, and not particularly constructive, but not all grand generalisations are insulting and some are downright advantageous. One that favours Britain in particular is that we make really great, high-quality stuff.

For its size, Britain has a disproportionate number of world brands. We have blue-chip companies such as Vodafone, HSBC, BAE Systems and Shell, edgy fashion houses such as Burberry, Hackett and ASOS, education institutions including Eton, Oxford and Cambridge, as well as cultural centrepieces, notably the Millennium Stadium, the Edinburgh Festival and the Olympic Park.

Brand Britain is a real phenomenon that has endured hundreds of years of change and upheaval, starting with the Industrial Revolution (we were first), empire (cultural and infrastructure exports, questionably delivered), two world wars (we were the goodies) and several iterations of the Royal Family.

“From the 16th century, there was a lot of migration within the country, so a sense of collective identity dates back to this era and probably before,” explains James Withey at international branding consultancy Brash.

“Where this national identity developed an external manifestation was during the early age of empire, when people started thinking seriously about the image of the nation, the Royal Family and so on. Today, the meaning of ‘Brand Britain’ has substantially evolved, but its long history gives it a resonance internationally.”

Jane Geraghty, president Europe, the Middle East and Africa at Landor Associates, adds: “One of our most enduring and famous British brand assets has to be the Royal Family. With royalty as ambassadors for Brand Britain, it’s not surprising that one of the enduring characteristics of the brand is tradition.

“This, according to one of the largest brand databases in the world, BAV, is a top-three characteristic for Brand Britain today. Interestingly, it was also in the top three back in the 1920s.”

In October, Barclays Bank – a British business – published research into Brand Britain incorporating government data and a survey of 7,600 people in eight of the UK’s big export markets. It concluded that consumers in developing economies were willing to spend an extra 7 per cent for products with the “Made in Britain” label.

At least 50 per cent of respondents in all countries perceived the quality of British goods to be “good” or “very good”. And in an illustration of the branding power of Britain, specifically English, Welsh and Scottish brands scored less well on an individual basis.

Rob Phillips is managing director of Accutronics, a five-year-old manufacturer of custom rechargeable batteries for professional applications. The business’s facility is in Stoke-on-Trent from where it exports to more than 30 countries.

Brands which seize upon essential British stereotypes work the best

He says: “The main reasons for British brands’ enduring reputation in overseas markets is a combination of a proven track record in technology and quality, combined with an international viewpoint that British firms are honest, trustworthy and operate within a proven, stable legal framework.”

Industries aside from manufacturing can benefit from this solid reputation too. Igloo Books is a publisher of children’s literature which founded in 2003, and now has more than 100 employees and £30 million in annual sales.

“We export over 50 per cent of our business,” says chief executive John Styring. “Our books are sold into 57 countries and this is expanding all the time. We have set up businesses direct to retail in the United States and Germany, and last year bought a French company, Elcy Editions.

“But Brand Britain is most valuable in the emerging markets, such as Brazil and India. These newer markets have a massive need for high-quality content and high standards, and the UK has become known as a provider of great quality goods.”

The phenomenon even stretches to online retail and global virtual stores, such as eBay. UK sellers are expected to export £153 million of goods this Christmas, with just over four out of five British sellers exporting to four or more countries.

Fashion items, electronics and collectibles are the most sought-after goods for overseas buyers, while countries at the front of the queue are the United States, Australia, Italy, France and Germany.

But it is brands which seize upon essential British stereotypes that work the best, according to Allyson Stewart-Allen, a branding expert from the US now based in London. She points to the heritage and status of brands like Rolls-Royce, which are famed for ultimate levels of quality and craftsmanship.

A very traditional-sounding name, such as Thomas Pink, Charles Tyrwhitt and Anya Hindmarch, always helps, while a focus on British design quirkiness, such as Vivienne Westwood, generally goes down well. You don’t even have to be a fan of Britain to benefit from its glow.

Ms Stewart-Allen says: “British brands that bring personality, character, great design and eccentricity, and a new perspective on the country’s indigenous offering, will do really well.”

So Brits might well be thought of as royalty-worshipping, roast beef-eating sociopaths with bad teeth, but while Brand Britain is also associated with quality, design, reliability and integrity, bring it on. 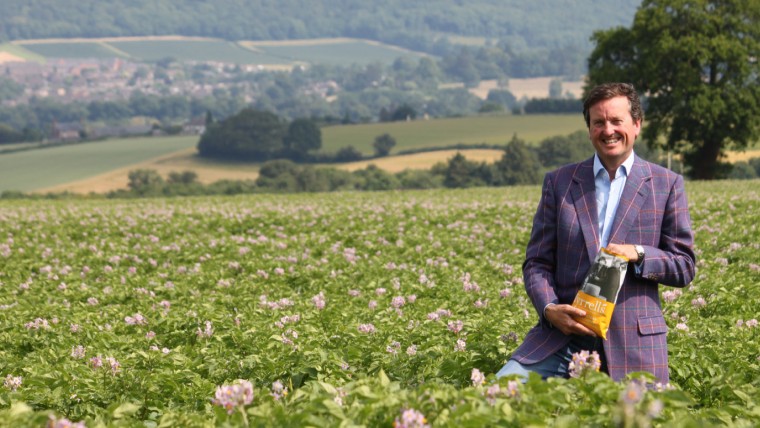 Based on a small farm in Herefordshire, Tyrrells Crisps began its exporting story in France, shortly after the company was established in 2002.

David Milner, chief executive, says: “Tyrrells has always focused on developing a brand that offers consumers around the world a little piece of Britain.

“We’ve found that promoting our heritage as well as our British humour appeals to the mass market – giving them that British quality and authenticity; a concept people across the world understand and find appealing.

“We would urge others to consider the same strategy. France has been particularly responsive to our British eccentricity and, by building on our heritage, it has significantly impacted on the growth of our business, reaching corners of the globe we never thought possible.

“As a result of looking at overseas opportunities, we have not only created a premium crisp category in France, it is now our biggest market outside the UK and our British roots have played a large part in this.

“One thing our international customers love is our use of old black-and-white images of humorous British scenes and characters. Far from making our brand old fashioned, when combined with vibrant pack colours and copy, we’re told they convey a sense of ‘Cool Britannia’, which has definitely helped our international presence.

Britain is known for its quality and at Tyrrells we start with the very best raw materials, working with local family farms in Herefordshire, to select and grow the best potatoes and investing in production to create points of difference. We aim to continue to lean on our Britishness in the future and fly the flag overseas. So far, it’s definitely working.” 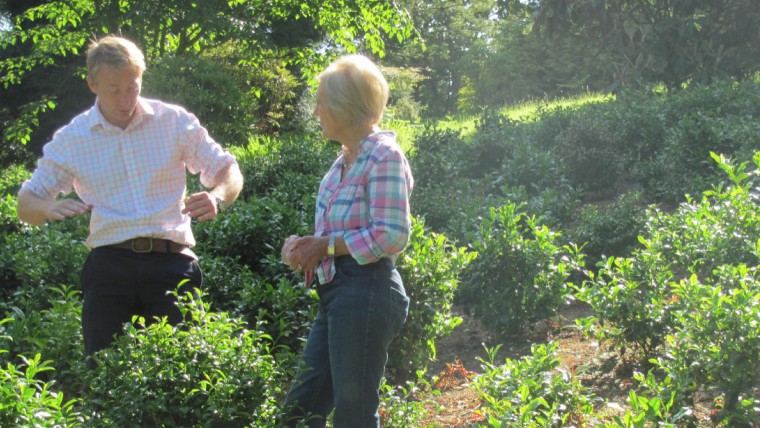 Located in Cornwall, Tregothnan Estate is making a success of selling tea to the largest tea-drinking countries in the world, including China.

The estate, near Truro, has been owned by the Boscawen family since 1335. It has 25 acres of tea plants and is hoping to harvest ten tons of tea this year. Tregothnan exports to China, Japan, India, Brazil, Australia, South Africa and the United Arab Emirates, as well as EU countries.

Jonathon Jones, managing director, says: “Tregothnan Tea was launched in 2006 and has gained rapid momentum in recent years. Since the government’s ‘Great’ campaign, coinciding with the London Olympics, our sales have really kicked off.

“I have just come back from Brazil, where the appetite for Britishness is very strong, especially in the run-up to the Rio Olympics, after the success of London 2012.

“We have passion and a long heritage behind us, but we are also outward facing and forward looking. The estate has been here for 700 years and we plan to be here for many more. We have been amazed at the response and a large factor of this is down to the heritage of the product.

“The fact that we grow British tea on British soil and have become experts in it is very attractive to our international markets, such as China – the birthplace of tea. Quite simply we are Britishness in a cup. Our product is enjoyable, distinct and opens up a whole new world to tea drinkers.

“In a homogenised world, which is increasingly international, people crave something identifiably British; it’s what countries love and want to see more of. Hence why we use the Union Jack in our packaging – it’s the first factor people judge the product on.

“We are poised to take the most British teas in history to 100 countries within three years – by 2020 we are aiming to be well known in all tea-drinking countries.”