Golden year for M&A with more to come

There may only be a few weeks left of 2015, but already the total value of global merger and acquisition activity has hit a record high of $4.2 trillion.

Such has been the deal bonanza in a host of sectors from pharmaceuticals and telecoms to oil and gas that this year has already surpassed the all-time annual record for global deal-making set in 2007, according to Thomson Reuters.

The global information group added that since records began in 1980, only six transactions had surpassed the $100-billion mark and two of these were announced this year alone. 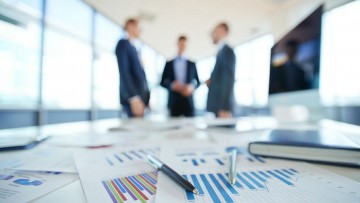 David Lomer, J.P.Morgan’s co-head of mergers and acquisitions (M&A) for Europe, the Middle East and Africa (EMEA), says the data reflected the growing improvement in sentiment and confidence across many boardrooms worldwide.

“What we are seeing this year is an age of strategic transformation and volumes are at the highest levels ever globally. In 2007 an average of about one deal of $10 billion or more would get announced each week, but this year it is an average of about 1.5 a week. This [M&A surge] is about industrial change and strategic transformation, and it is happening at an unparalleled pace.”

With low interest rate environments and cheap financing persisting in many economies, many believe this surge in M&A deal-making is only going to increase next year.

EY, the global consultancy, says its research showed that 42 per cent of all UK executives were “aggressively focusing on growth” and planned to acquire assets in the next 12 months, driven by a need to accelerate earnings.

However, history and hindsight has long shown that M&A can sometimes be foolhardy pursuits damaging once-healthy companies and leading to the destruction of shareholder value.

There are a litany of deals from the last corporate boom-and-bust cycle that bears can point to as examples of M&A transactions gone wrong, the most egregious being the Royal Bank of Scotland’s disastrous takeover of ABN Amro. This hubris-fuelled, highly leveraged deal was one of the biggest corporate takeovers in history, but as the financial crisis took hold left RBS needing an eleventh-hour bailout by the British taxpayer.

It is not only the financial services sector which has played host to doomed M&A deals. In every sector there are examples of M&A transactions where companies have overpaid, failed to properly integrate or taken on so much debt it crippled operational flexibility.

As the M&A industry rounds off a golden year, the questions that need to be asked now are whether this is a vintage time to invest or should companies and their banking advisers be treading with caution?

Luigi Rizzo, head of EMEA M&A at the Bank of America Merrill Lynch, says often when deals went wrong it was because market conditions changed rapidly and companies that have “M&A as part of their DNA” tended to fare better.

“Whereas one cannot generalise, companies that have over the years repeatedly done M&A tend to outperform in the longer. However, for companies where M&A may be a one-off and there is no operational history or culture of M&A, there is a greater likelihood of failure,” he says.

But whether a seasoned hand or an M&A debutant, Michel Driessen, EY’s transaction advisory services market leader for the UK and Ireland, believes any transaction should start with a company identifying the right target and market.

He says: “Businesses should review the geographic balance of their portfolios and consider how their M&A strategies should be adjusted to reflect a changing global economy so they can meet their growth and value aspirations. The changing global economy post the financial crisis means that previously held assumptions on where best to place your bets now need to be challenged.”

Mr Rizzo says, in addition to finding the right partner, management teams must have a clear strategy for running an enlarged company. “You have to have a definite, clear team in charge. Uncertainty as to who is in charge can be a recipe for disaster,” he says.

Most bankers will attest that there are a growing number of parties from corporate trade buyers to private equity companies running the rule over potential targets for next year, when a sharp pick-up in deals is expected.

And this time round the M&A cycle is different to the last private equity-boom driven boom.

Now, there are more large cross-continent mergers with American and Asian companies propelling much of the M&A activity.  Private equity groups, sitting on billions of funds raised during the past five years, are also willing and able to do deals.

J.P.Morgan’s Mr Lomer says the pipeline of deals for 2016 is “markedly up year-on-year”, but stresses that whatever the bid environment, companies should never underestimate the importance of discipline, particularly when it comes to valuations.

“The dynamic that can play out in times of high M&A activity are races towards end-games in industries where companies sense the strategic need to secure a pivotal asset. That’s an environment that can see takeover premia stretched,” he says.

“The true north for M&A has to be what is right for the customer? How do you use your company and merge it with another to offer your customer something fundamentally better than you could on a standalone basis?”