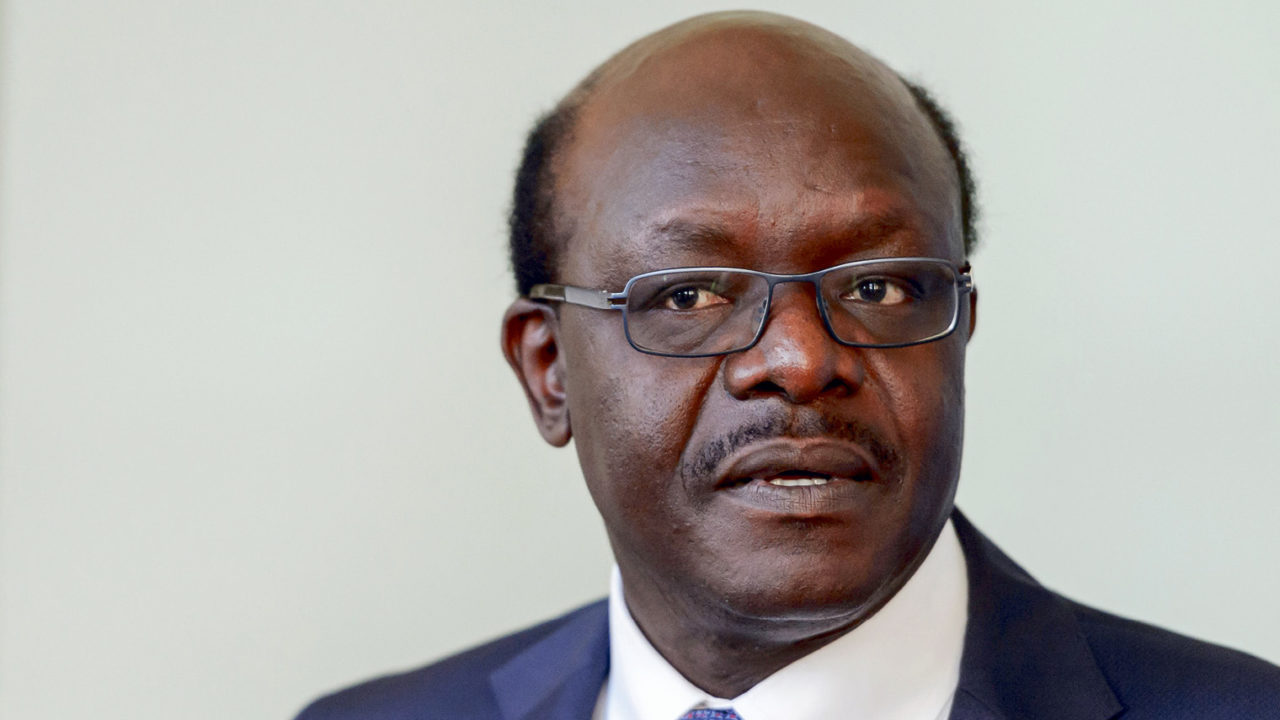 The world is passing through “a dark cloud” of hostility towards globalisation, according to one of the United Nations’ top trade officials, who says that laying the blame for all social ills at the door of free trade is misguided.

In the US, the presidential candidates from the two main political parties have leapt onto an anti-free trade bandwagon to oppose new deals and promise protections for American workers. In Europe, opposition to a new transatlantic trade agreement has mobilised both right and left, amid the toxicity of a wider debate on free movement and migration. In that context, it is high profile members of the multilateral system, like Mukhisa Kituyi, secretary-general of the United Nations Convention on Trade and Development, who have to make the case for the value of globalisation.

“To me, the main message is the potential of globalisation as a tool for the fight against global poverty is eminently clear,” he says. “One phenomenon that you can point at is the ability to lift 600 million people in China and a substantial number in India out of extreme poverty, on the back of international trade.”

The idea that globalisation – a term credited to the Harvard Business School professor Theodore Levitt – would be a panacea for all the world’s ills was clearly naive, Kituyi says. The opening up of free trade led to more direct competition between lower-cost workforces in the developing world, which meant that jobs moved offshore, he says. In many cases, these were not replaced by equal numbers of jobs for those same segments of society. The service industries and technology businesses that sprung up created wealth for a few, while individuals and companies took advantage of weak regulation and tax havens to avoid paying back into the system.
In short, the most visible beneficiaries of globalisation have been the very wealthy, and workforces in the developing world – a fact that is easily exploited by populists.

“But there’s another level that we’re not yet accounting for, Kituyi says. “Over the past 30 years, the continuation of what some people have called the Thatcher Revolution, which is a steady erosion of the welfare state, has coincided with globalisation. Sometimes challenges of the cost of education and housing… the inability to reproduce the benefits of the 80s are being attributed to globalisation, when actually they’re the logical consequences of a steady retreat of the welfare state in the West.”

The implications of a freeze on free trade could be profound. The entire multilateral system is underpinned by trade, which binds countries together through mutual self-interest and encourages – or forces – them to cooperate on other critical issues, such as security or climate change. Kituyi says that the success of international climate negotiations in Paris in 2015, give him hope that the foundations of global cooperation remain strong.

“I have a sense of optimism that we’re going through a phase, a dark cloud, coloured substantially by xenophobia relating to the mass immigration of Muslim refugees into Europe, anxieties about lower cost labour moving into Britain and Western Europe from Eastern Europe, but the adjusting factors will iron these out,” he says.

The Transatlantic Trade and Investment Partnership is a sprawling, multifaceted trade deal under negotiation between the US and the EU. The negotiations have been conducted entirely behind closed doors, and the text has not been made public – even European lawmakers have had limited access to drafts. Trade unions are staunchly opposing the deal, believing that it will undermine labour rights and environmental provisions.

The Trans-Pacific Partnership is a mooted agreement between 12 Pacific Rim countries, including the US, Canada, Australia and Japan. Aimed at liberalising trade and investment, it has become a piñata for both US presidential candidates, who oppose it on the basis that it could hasten the offshoring of American jobs.

A landmark trade deal of the George Bush administration, the North American Free Trade Agreement opened up the border for trade between the US, Mexico and Canada in 1994. Mexico benefited from the arrangement, which reduced the tariffs on exports to the US, allowing Mexican companies to export food and manufactured goods to its neighbour. This has sparked the fury of Republican candidate Donald Trump, who has declared that he will unwind NAFTA – but then it would be hard to export over that “big, beautiful wall”.