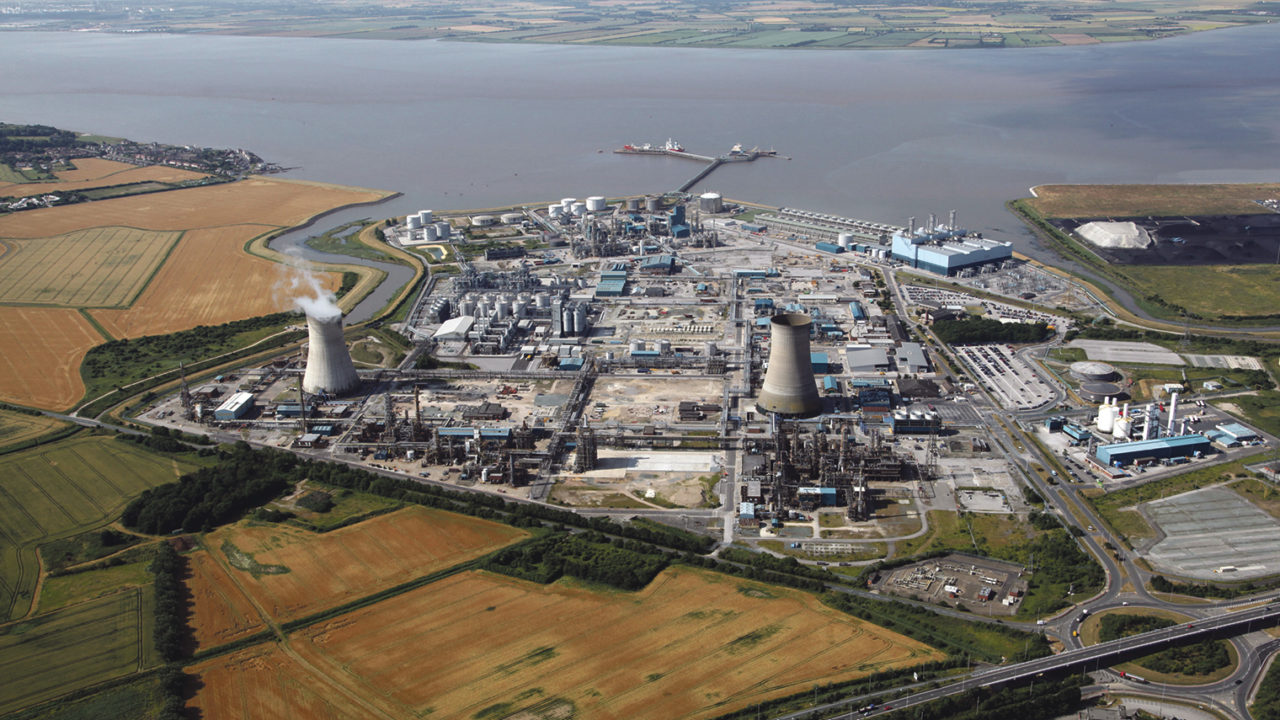 The Humber is one of the UK’s four largest chemicals-producing regions. The industry flourished around the estuary where it is easy to get raw materials in and finished products out. Yorkshire and the Humber accounts for 12 per cent of UK chemicals employment, second only to north-west England, according to the Office for National Statistics.

The area has two main clusters: Saltend Chemicals Park, near Hull, and a development spread along the south bank between Immingham and Grimsby, which includes two of the UK’s six remaining oil refineries, operated by Total and Phillips 66.

There’s a lot of focus on renewables and rightly so, but there will be a place for petrochemicals in the long term

About 100 chemical and refining companies employ approximately 6,000 people in the Humber area and generate a combined annual turnover of £6 billion, according to Humber Local Enterprise Partnership. Four fifths of the chemicals sector’s products are exported.

“There’s a lot of focus on renewables and rightly so, but there will be a place for petrochemicals in the long term,” says David Talbot, regional chairman of the Energy Institute, a professional body. He is also chief executive of Catch, a public-private training body that serves the chemicals, process and energy industries.

Mr Talbot adds: “The industry has been in the region now for a number of decades, so there is investment required in the infrastructure, but as a whole the industry seems to be in a positive frame of mind.”

Some parts have seen declining employment. Total’s Lindsey refinery, which opened in 1968, saw its capacity halved and its workforce reduced from 580 to 400 in 2016, but it has also received £33 million in investment to improve efficiency.

Other investments include a £58-million wood chip plant being built at Saltend by Tricoya Technologies, a consortium including parent group Accsys Technologies and BP. Scheduled to open in early-2019 and provide about 30 jobs, it will manufacture acetylated wood chips, used to make durable panels that can clad buildings and line swimming pools.

Croda International, a speciality chemicals manufacturer based near Goole, is investing £27 million to almost double the capacity of its Hull plant, enabling it to meet growing demand for polymer additives until 2030.

Ineos has expanded its Saltend factory to increase production of ethyl acetate, used in pharmaceuticals, cosmetics and inks. It has also been considering Saltend as a location for a vinyl acetate monomer plant to supply the coatings, films and adhesives markets.

The refineries of the future

The Phillips 66 oil refinery near Immingham, which opened in 1969, employs 750 staff and 300 to 400 regular contractors. It has had more than £1 billion in investment over the past ten years, says Darren Cunningham, general manager.

“We are trying to position ourselves as the refinery of the future,” Mr Cunningham adds. It makes high-value products including low-sulphur petrol and diesel, liquefied petroleum gas, heating oil and industrial feedstocks such as polypropylene. The plant also produces petroleum coke, an ingredient in smelting steel and aluminium. The company’s fuel brand in the UK is Jet.

Since 2013 it has built up sales of high-grade synthetic graphite to supply electric battery manufacturers in China, initially for smartphones and now for electric vehicles. Mr Cunningham is keen to interest the UK government, which wants to develop an electric car battery supply chain. The refinery has also been trialling the production of biofuels from waste cooking oil.

Mr Cunningham says: “To continue to operate a refinery successfully in today’s environment requires an ongoing level of investment to remain competitive and we intend to do that.”

Investing in the future

A new owner and operator has taken charge at Saltend Chemicals Park near Hull, one of the UK’s most important industrial complexes. PX Group, a Teesside-based infrastructure business, acquired the 370-acre site from BP, which had owned it for 50 years. PX says it intended to work with existing and new operators to develop and expand the park, which was established in 1914. It is a collaborative cluster of businesses that manufacture more than a million tonnes of chemical products a year, used in items such as clothing, paints, pharmaceuticals and packaging. Air Products, BP, Engie, Ineos, Nippon Gohsei, Perenco, Vivergo and Yara operate at the park, which has had £500 million in investment in recent years. The companies share services, feedstocks and utilities, enabling them to drive down costs and boost profitability. BP will remain as owner and operator of two acetyls plants at Saltend, the largest producers of acetic acid in Europe. The park also hosts one of BP’s principal global research and technology centres for petrochemicals. Alan Menzies, director of planning and regeneration at East Riding Council, says that in addition to a Tricoya wood chip plant being built at the site, “we are talking to at least two others about further investments”.