How has recent heightened awareness of racial inequality and discrimination affected the support and backing of Black-owned businesses in the UK? 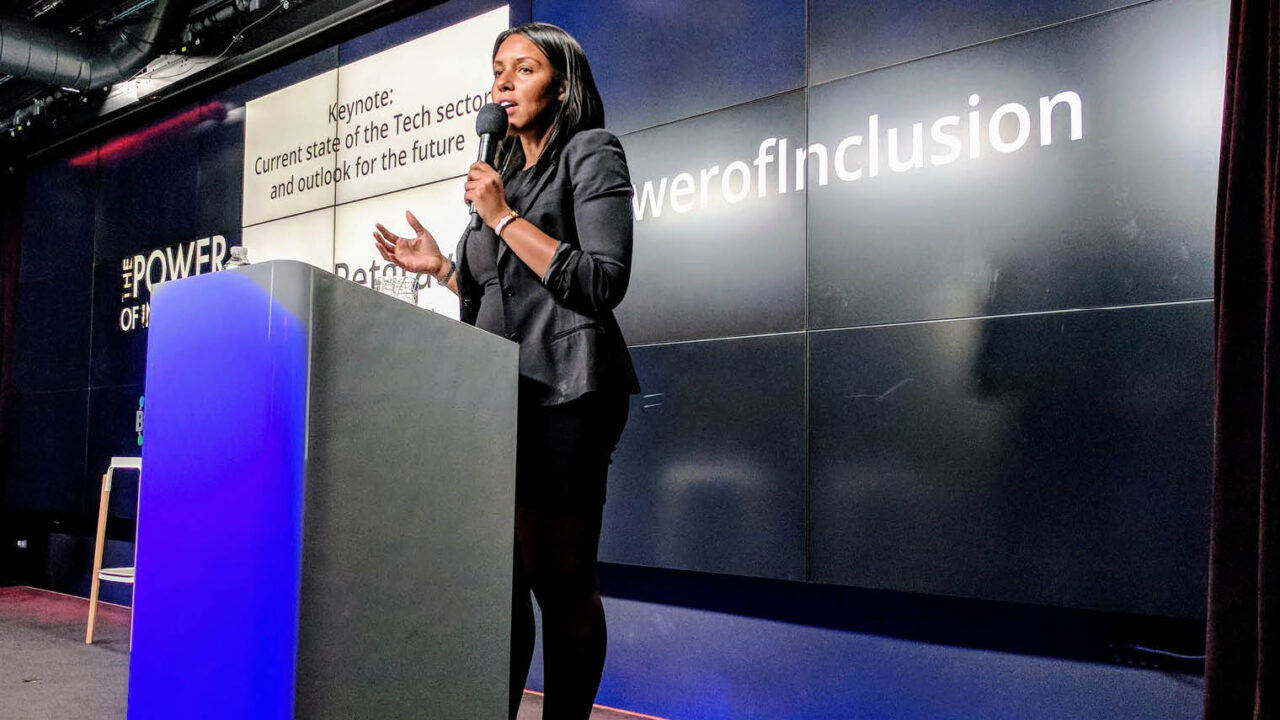 Could the next Amazon or Google be a Black-owned business as a result of the Black Lives Matter (BLM) movement’s impact on enterprise and investment?

That’s the hope of key figures in a burgeoning area of venture capital (VC) committed to widening funding access to a promising new generation. But as the protests die down, can those leading the charge keep the spotlight shining and momentum rolling for Black-owned businesses?

Unlocking a catalyst for long-term change

Eric Collins, chief executive and founding partner of ImpactX, a fund established in 2019 focused on Black and female founders, remains set on doing “something transformative”, regardless of what’s in the headlines.

“The news agenda is moving on, but that doesn’t mean we stop trying to create a world where people of colour and women can live to their full potential,” he says.

The killing of George Floyd in America, as Collins notes, has prompted conversations across a whole series of sectors. “Everyone has a role in this, from what government, business and the banks are doing, to what the individual is doing. It’s not just about a single death of a single person, but about the systemic inequity that exists,” he says.

Jason Pinto, co-founder of ImpactX-funded artificial intelligence (AI) startup Pace, agrees Floyd’s death must be leveraged as a catalyst for long-term change, but says the sense of achievement can be short lived once the dust settles.

“You get so much positive feedback about moving things forward, but when you see the reality, you realise there’s still so much work to do. There’s still a conversation about whether there is a problem to solve or that the market will naturally fix things, which is tiresome,” says Pinto.

“We shouldn’t kid ourselves that this is going to be an overnight change. ‘Don’t waste a good crisis’ is a mantra that resonates in my mind right now.”

Collins too remains aware of the task of turning around a venture community that “has been comfortable for a long time”. This is despite a growing “army of the willing” contributing to ImpactX’s portfolio of 17 businesses and its latest £100-million fund.

“Our team has a huge amount of experience, but this thesis that under-representation is going to deliver has never been tested before, so you have all these barriers because they need to check boxes, which undermines our ability to fundraise. So if you want to see different people at the table, you have to be bold. I don’t see a lot of bold yet,” he says.

ImpactX’s challenges, perhaps alarmingly, lie in the UK. “We’re finding a lot of interest in the United States, Middle East and Asia. We are finding tepid interest in the UK. I’m concerned that in this market there are few corporations interested in investing differently than how they do now,” says Collins. “So the question is, what is going on?”

It’s not a question he is spending much time on because there are other sources of capital who want to diversify. “We’re looking for allies who can look at our track record and see how that is accumulating into something very attractive,” he says.

An organisation that is asking the question is Extend Ventures, set up this year to analyse where VC funding is going and the decision-making process. The first set of results will be released in September to provide an evidence-based barriers framework and relevant interventions for supporting Black founders.

“Of all the venture capital money raised in 2019, 93 per cent went to males. We suspect they were majority white male teams, however there isn’t the data to show that. Anecdotally, we also know many businesses within under-represented communities tend to take out personal loans to start their businesses,” explains Erika Brodnock, research fellow at King’s College London.

“Recent data showed first investment cheques for Black female entrepreneurs tend to be £50,000, whereas for middle-class white males it tends to be £1.2 million. If we can see this in the data and it stops being anecdotal, that will provide us with the impetus to make change.”

Extend Ventures’ work is also separating Black founders from the BAME – Black, Asian and minority ethnic – cluster, which Brodnock says is not a meaningful term.

“Each of the different ethnicities within BAME face their own issues. We know Indian and Chinese founders tend to be over-represented within BAME. So it’s about understanding what is happening to the rest of the people in the category,” she says.

Perhaps one unintended, yet gratifying, knock-on effect of the BLM movement is investment as a way for individuals to drive change. Paris Petgrave, founder of Rare Seed Capital and culture change startup We Love Work, says investor groups also need to become more diverse. It’s the reason behind Rare Seed launching an investment platform to enable individuals to invest in multiple assets.

“If it’s just a case of looking for Black founders, but the rest of the structure is the same, we’re not going to see change,” she points out. “We want to educate people about investing from a young age, so by the time they’re 40, they have diversified their wealth.”

If it’s just a case of looking for Black founders, but the rest of the structure is the same, we’re not going to see change

Indeed, Collins celebrates the “embarrassment of riches” that has helped refute the preconception “there aren’t enough Black entrepreneurs to have a fund focused on them”.

“All the companies we’ve invested in have fantastic characteristics for growth. Not all of them will go public, but most will be able to be acquired by other organisations and continue to take their intentions forward,” he says.

Compounded by the renewed momentum such diverse investment is seeing – even tennis star Serena Williams has launched a VC fund for under-represented businesses – it would seem BLM has lit a fire under another proverbial sleeping tiger.

“If we continue to drive it, and not let it go, then we’re going to see some amazing case studies and stories,” Rare Seed Capital’s Petgrave concludes.

Harnessing AI to impact the future of work

Breaking the mould as successful Black startup founders is something Jason Pinto and Paris Petgrave have in common. Yet perhaps more notable is how they are using automation to help businesses deal with coronavirus-driven digital acceleration. Former headhunter Petgrave founded We Love Work to match company cultural values to candidates, after noticing this was a significant factor in candidate drop-off. We Love Work’s analytics platform provides companies with anonymised employee data from real-time culture audits to predict team performance and fit. It also helps companies assess culture and values fit during the recruitment process as part of a longer-term diversity and inclusion strategy. “Culture change is literally a new influx of values and beliefs, so if you want to change culture, you have to get managers who are employee focused, which comes from a more nurturing core values system,” she says. “If your values align, then you can do things subconsciously because that’s how change really happens. You can say you’re about this or that, but that’s the conscious mind talking while unconscious biases are still manifesting. That’s very difficult to change.” Meanwhile, Pinto and his Pace co-founders are pioneering dynamic pricing to help solve a “trillion-dollar problem” by algorithmically matching supply and demand on a daily and even hourly basis. “In formalised retail, we’ve had fixed prices as the paradigm for how goods and services are priced. But you lose that connection between supply and demand, ending up with massive waste and inefficiency,” he explains. From hotel rooms to airline tickets and rental cars, the Pace engine continually analyses fluctuation in customer demand to instantly adjust prices accordingly, faster than a human could. The hotel industry has been Pace’s first port of call, with advancement into other verticals brought forward by the coronavirus pandemic as companies feel the pressure to advance in digital transformation. “It’s really difficult for a human being to understand how to price for the recovery period. Our system is always observing demand and setting price to appropriately match that as recovery progresses,” says Pinto.