What Trump’s tariffs could mean for manufacturing

The trade war has officially begun. Author of The Art of the Deal Donald Trump has finally showed his hand in putting “America first” with a whole arsenal of import tariffs. And yet, manufacturers from all sides are feeling the heat as China and others retaliate with countermeasures in what is set to be a drawn-out, tit-for-tat battle on global trade.

No one wins in a trade war, the old adage goes. But while there will inevitably be more losers than winners, product-sourcing from alternative regions could increase as cost pressures weaken the demand for domestic manufacturers in affected countries.

President Trump’s tariffs were kicked off in January with punitive duties on solar panels and washing machines produced outside of the United States, aimed at lessening international competition for US manufacturers to mitigate an alleged threat to “national security”.

Fears that Trump’s tariffs have sparked a trade war

The number of levied products has since risen exponentially and the list of affected countries has expanded, with tens of billions of dollars-worth of taxes imposed on a host of products from China, the European Union, Canada and Mexico. With President Trump threatening further action, he has given these nations little choice but to hit back with retaliatory tariffs.

Suresh Lodha, Indian business magnate with interests in iron and steel, and chairman of UK engineering firm Western Thermal, says Trump’s tariffs are “strategically misplaced and self-defeating” as they stand to weaken the US economy: “It is the American exporters who would be bearing the brunt over the illogical and politically misguided actions of President Trump.”

Applications for tariff exemptions may mitigate slightly the overall impact of the trade war on smaller manufacturers. Nevertheless, manufacturers from every side will undoubtedly begin to feel the pinch and the International Monetary Fund’s latest World Economic Outlook estimates, if current “trade policy threats” are realised, global GDP could be 0.5 per cent below projections by 2020, equal to $430 billion in lost output.

“If a country imposes tariffs on another, one can’t complain if they retaliate. This is a key art of the deal Mr Trump seems to have missed,” Mr Lodha says.

The US automotive sector has been a vocal opponent of Trump’s tariffs, specifically his proposed 25 per cent tariff on imported vehicles and car parts. They argue the duties, combined with levies on steel and aluminium imports already in place, would in fact reverse the very manufacturing expansion the president craves, inflating prices for consumers and leading to the loss of hundreds of thousands of jobs.

With statistics from the Center for Automotive Research (CAR) showing that imported vehicles accounted for 48 per cent of all new light vehicle sales in the US last year, carmakers are right to be worried.

CAR estimates that the price of all new imported vehicles sold in the US would rise as much as $6,875 if Trump’s tariffs are fully introduced, while the extra cost of imported parts for US-assembled vehicles would be $2,270.

It is important to note that these estimates only take into account parts that cross the American border once; in reality parts can cross the border many times before a car is built. The North American Free Trade Agreement (NAFTA), which President Trump wants to renegotiate, has hitherto minimised taxes to enable a free flow of trade across borders.

Higher costs could force international firms assembling cars in the US to relocate manufacturing production to low-cost markets such as Vietnam, Malaysia or nearby Mexico. Foreign carmakers with assembly plants in America accounted for 23 per cent of all new light vehicle sales in the US last year, so whole supply chains would need to be rejigged.

For Mexico, much will depend on the ongoing renegotiation of NAFTA. Cheaper wages in Mexico have largely been blamed for a recent drop in US manufacturing employment and are one of the key reasons why President Trump has demanded to rewrite the agreement. As a cornerstone of Trump’s 2016 election campaign, it is hard to imagine the president taking a softer stance that could benefit factories across the border at the expense of his own.

Regardless, Mexico’s auto industry has benefited from a slew of manufacturing investments in recent years, becoming a crucial hub for global automakers thanks to a raft of other free trade agreements. With NAFTA still up in the air, the country may seek to reduce further its reliance on the US, the destination for 80 per cent of its exports. 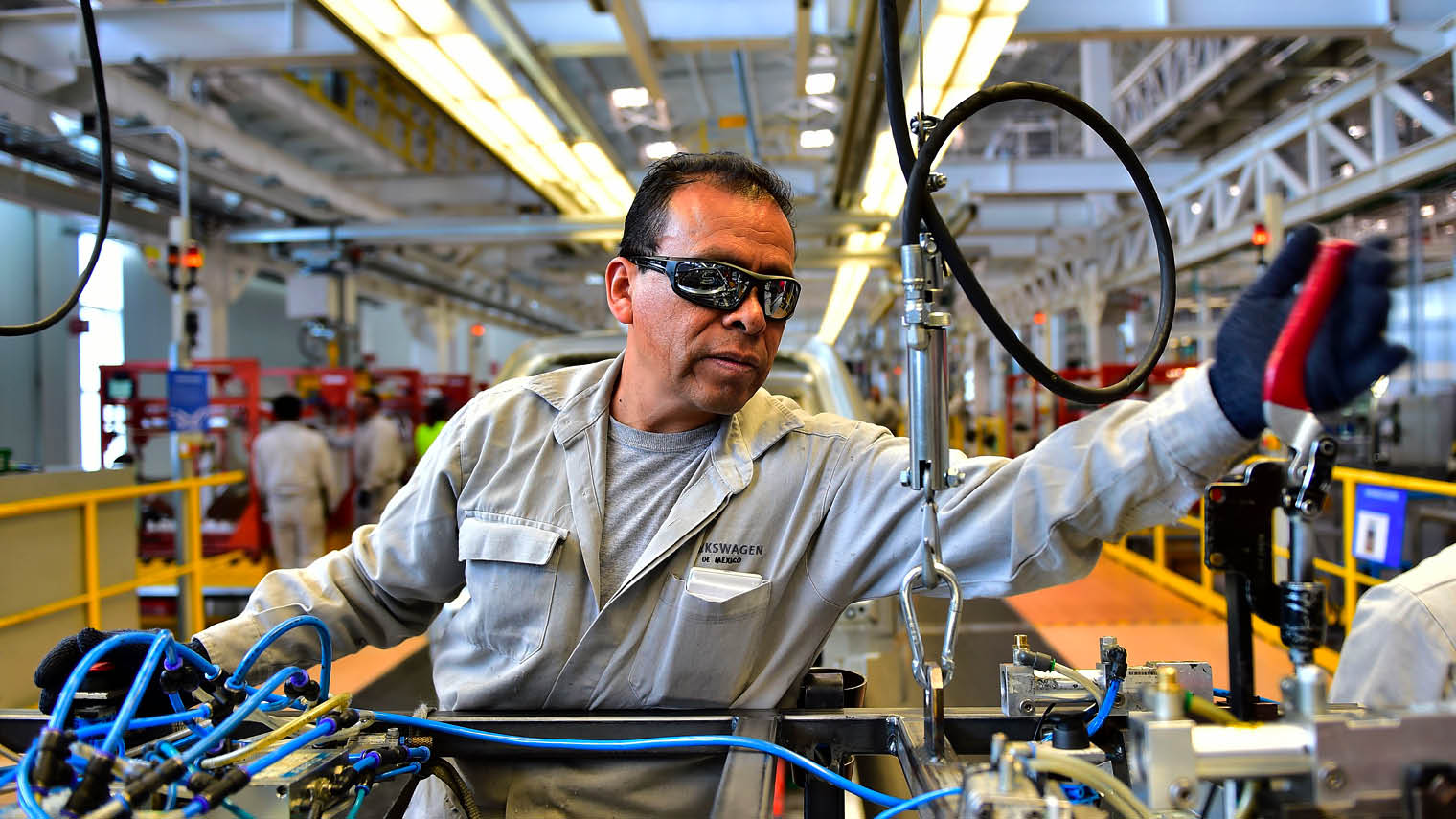 The global soybean business is not one to scoff at as it may play a central role in trade wars going forward.

America is the largest producer of soybeans worldwide and over half of its exports were shipped to China in 2017. UN Comtrade data shows that China bought $12.4 billion-worth of US soy in 2017, representing its second-largest source behind Brazil.

Chinese imports of soybeans, which are largely used for animal feed, have jumped over the past decade on the back of a surging population, rising incomes and a growing demand for meat.

China has now slapped a 25 per cent tariff on American soy in a bid to encourage its pastoral farmers to source beans from alternative markets. The Ministry of Commerce has said that any tax revenues raised from its retaliatory tariffs on American goods will go towards alleviating the trade friction impact on domestic businesses. This, it explains, includes encouraging increased commodity imports, notably soybean and soymeal, from non-US producers.

As the trade spat continues, it could strengthen an already solid Brazilian soybean industry, which exported more than $20 billion of beans to China last year.

Severe droughts in Argentina, Brazil’s other key soybean export rival, could be a further boon to Brazilian soy demand, along with higher Brazilian soy prices which have risen sharply following the Chinese tariff announcement.

American farmers have already come under intense pressure, so much so that President Trump has announced a $12-billion emergency aid package for the agriculture sector, essentially compensating for losses created by his own trade war.

Ismail Erturk, senior lecturer in banking at Alliance Manchester Business School, says US exporters could find creative ways of accessing the Chinese market, through nearby autonomous territories such as Hong Kong, Taiwan or Macau.

Meanwhile, any boost in demand for South American beans may be short lived due to a lack of supply and higher prices, according to Stefan Vogel, head of agri-commodities at Rabobank.

“Looking at current pricing levels, imports from Brazil are $60 per tonne more expensive than those from the US,” Mr Vogel says. “This means that despite the 25 per cent tariff on US soybeans, the overall cost for imports of US soybeans into China is almost similar to buying Brazilian soybeans. Once soybean supplies in South America are running seasonally lower, which we would expect from the fourth quarter in 2018, the high US supply levels will allow the US to price South American countries out of the market.” 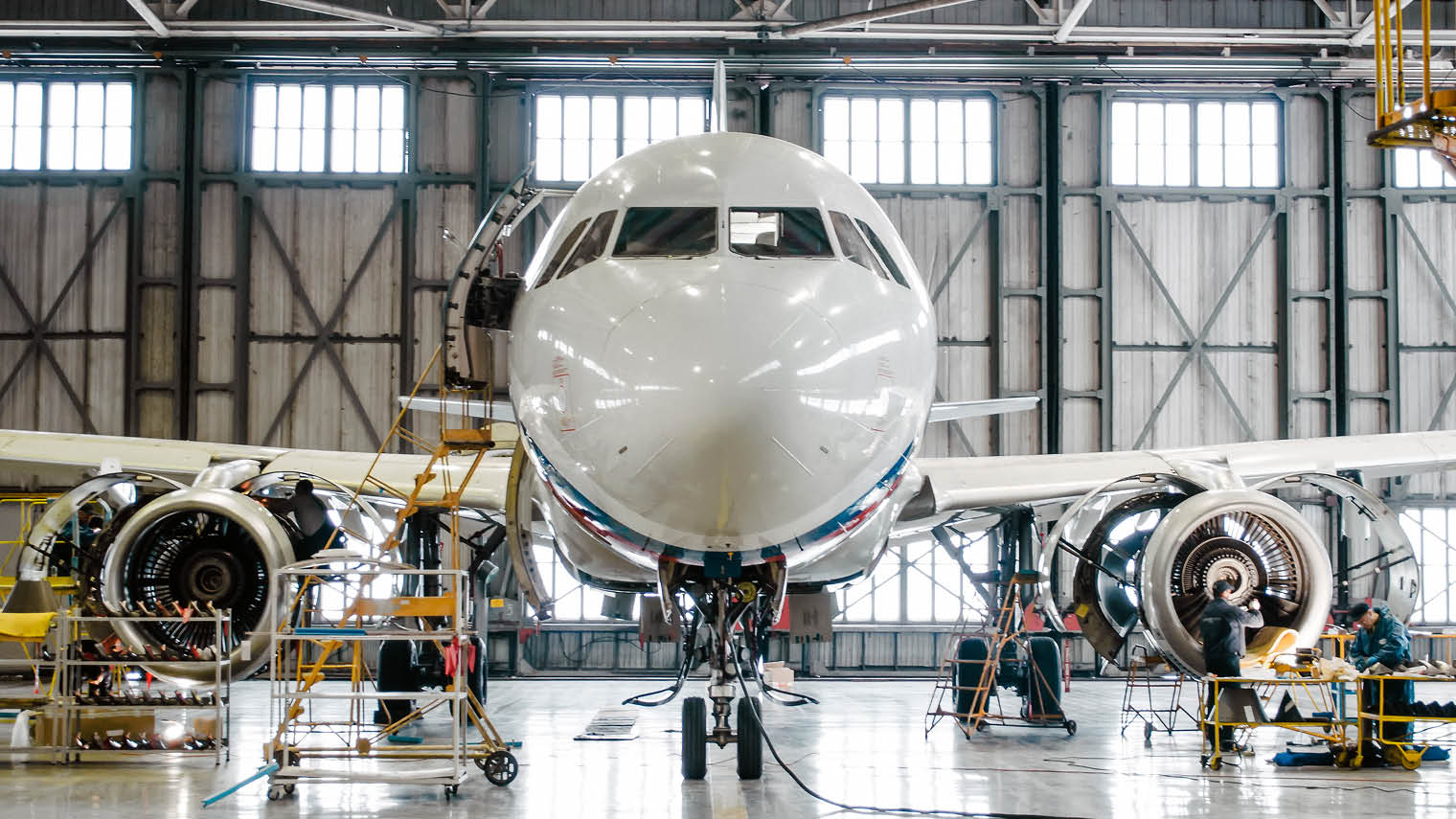 Few companies are more at the centre of political posturing than Boeing.

On the one hand, China and Europe are pivotal markets for the Chicago-based aerospace giant to capitalise on in the next decade; on the other, investment overseas at the expense of American factories will likely be accompanied by a tirade of abuse, and taxes, from President Trump.

Boeing, the world’s largest jet manufacturer, said in its latest global industry report that it expects China to overtake the US as the largest domestic air travel market within ten to fifteen years. With China accounting for one fifth of the company’s order book, it isn’t a market that Boeing can ignore. And this is a dilemma Beijing is very aware of.

As part of its countermeasures against the US, China is slapping on a 25 per cent tax on aircraft weighing between 33,000 and 99,000 pounds, essentially targeting Boeing’s flagship product, the 737 passenger airliner, which is built at the company’s 102,000-square-metre factory in Washington.

China also recently confirmed it was willing to continue discussions with France over a $18-billion deal for 180 A380s, manufactured by Boeing’s key rival Airbus, leading analysts to speculate about how ongoing political wrangling will impact competition between the two.

Nevertheless, trade frictions between the US and EU could also shore up demand for Airbus, according to Mr Erturk from Alliance Manchester Business School. “The Trump administration seems to use the rhetoric of trade wars to negotiate new trade deals… this opens up the opportunity for the EU to change trade rules to the benefit of European plane manufacturers,” he concludes.