From Tallinn to Ho Chi Minh City, people are adapting to the new normal of working from home. Here’s the experience of five cities 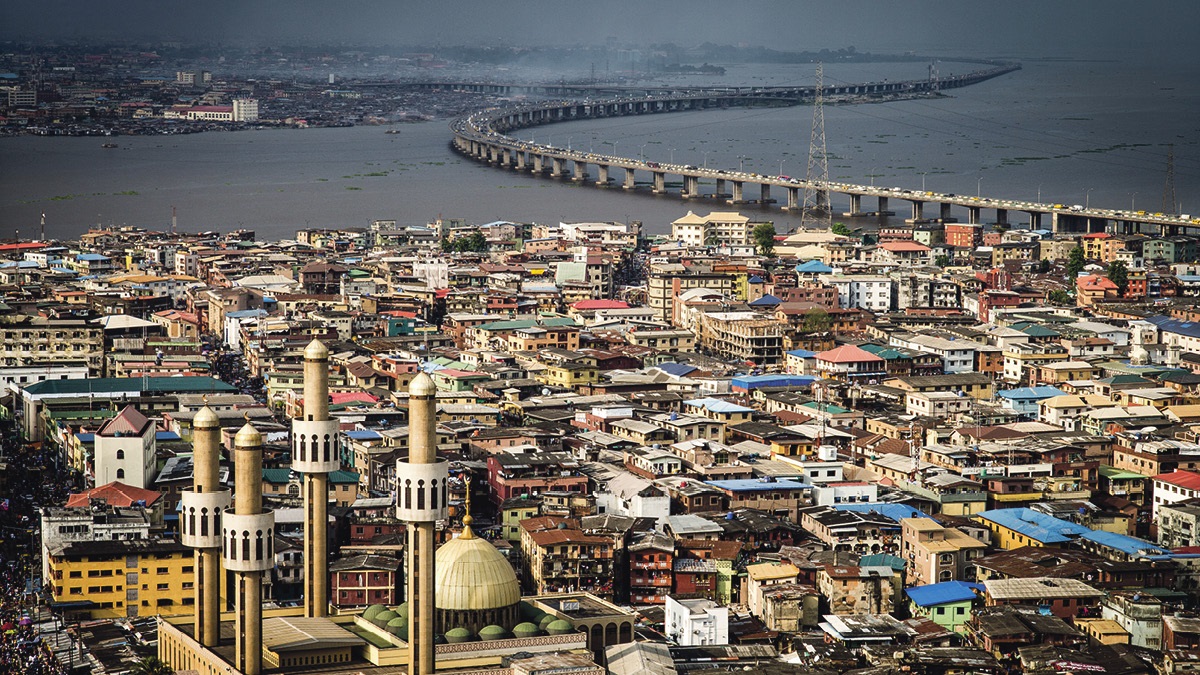 As governments around the world turn to quarantines and lockdowns to control the coronavirus pandemic, businesses have been forced to transform and embrace a new remote-work culture. For some, this has meant accelerating the implementation of existing plans. For many others, it’s meant scrambling to adjust as established ways of working become all but impossible to maintain.

But where in the world are workers adapting to remote working the best? Who is struggling the most? What are the lessons that can be learnt? And perhaps most importantly, what are the warnings that need heeding?

Leaving the office behind has caused headaches for many business leaders, but for entrepreneurs in Nigeria, building a remote-work culture in a country where infrastructure has not always kept up with economic development presents its own obstacles.

“There are two major challenges,” says Charles Dairo, founder of CKDigital, a digital marketing agency based in Lagos. “One is power. There are a couple of places that have stable electricity, but there are lots of places that don’t, so when team members are in those areas that don’t have constant power supply, they find it very difficult to work. Second is internet. Generally in Nigeria internet connectivity isn’t a problem; the challenge is the speed. So you have some connections that are really bad and make it frustrating to try and work online.”

But for the enterprising businessman, there is always a fix. “For electricity, the solution is using a generator,” says Dairo. “Even before the pandemic, almost every Nigerian home has a generator because we know what the power situation is like. Some other people use sources of renewable energy like solar,” The entrepreneur also suggests that workers struggling with Nigeria’s unpredictable internet speeds can rely on their mobile data as a back-up.

While remote working is a recent change for most Nigerian companies, Dairo and his team made the switch more than three years ago. After staff were growing increasingly frustrated with Lagos’s famously hellish traffic, the company started to allow its staff to work remotely one or two days a week. Once they saw the change was working, they decided to take the plunge and go remote full time.

Dairo is confident that Nigeria’s bout of forced remote working will have a long-lasting legacy, despite the challenges. “Before the pandemic, if someone asked for a meeting in this region, it wasn’t common to say ‘can we have this over Zoom?’. You couldn’t say that earlier because the average business owner wasn’t open to that option. But now, even after the pandemic, more people will be open to it because they’ve tried it and they see it works.”

For much of Indian society, working in the home is an unremarkable part of everyday life. The houses of some of the country’s poorest workers have long doubled-up as small-scale recycling centres or tanneries, while in recent years the widespread adoption of the internet has allowed housewives to supplement their family income through remote jobs, such as data entry or online selling.

In contrast, the office is typically the place of more prestigious and higher-paid work. But as the COVID-19 pandemic shutters offices across the country, some are worried the association of home working with less prestigious jobs will mean women’s professional work will not be taken seriously if moved into the home.

“A huge mindset change is required for people to start looking at remote jobs as really serious jobs that require time, effort and mindspace, and not as something women just do to keep themselves occupied,” says Gayatri Krishnamoorthy, a Mumbai-based software professional who has worked remotely for the past four years.

She thinks employers across the country can do more to help women who are having to work remotely and is concerned that in India’s patriarchal society working women will be expected to be available for housework as long as they are physically located in the home. This could mean women are asked to juggle cooking, childcare and transportation with a full day of professional work, dramatically increasing the labour expected of them.

Krishnamoorthy argues that as part of their remote-work culture, companies must make sure benefits like childcare continue to be provided and should also consider reducing the hours female employees are expected to be online.

When it comes to how much importance they have in the home, the amount women are paid is also significant. In particular, Krishnamoorthy believes that closing India’s extremely high gender pay gap is crucial to making sure women’s jobs are respected when done remotely.

“The reason why a lot of these so-called ‘work from home’ jobs are not taken seriously is because women are paid a pittance for it,” she says. “When women start earning as much as men, they’re going to be taken seriously.”

When it comes to working online, there is arguably no city or country in the world with a better head-start than Tallinn, capital of Estonia. Facing a lack of cash and manpower after the collapse of the Soviet Union in the early-1990s, the small Baltic nation decided to embrace digital transformation. Decades later, initiatives including paperless prescriptions, electronic tax declarations and digital signatures have made Estonia arguably the most advanced digital society in the world.

So how is life in Estonia easier for businesses needing to work remotely? “What sets us apart is that in terms of signing contracts, signing memorandums of understanding, all those legally binding things that usually require a notary can be done online without any issues in Estonia,” says Florian Marcus, a digital transformation adviser at e-Estonia, an organisation promoting the country’s digital transformation.

As a German national who also runs his own business in Estonia, Marcus has experienced the advantages of Estonia’s digital bureaucracy first-hand. “We recently moved house and my Dad asked me whether I need some sort of big shelf for paper folders or something and I said ‘I have books. I have no other paper in the house’ because there are no forms.”

The country also offers a pioneering e-residency programme, allowing businesses to be based in Estonia without a physical presence in the country. There are currently more than 69,000 digital residents of Estonia, located all over the world. E-residency has become popular with British entrepreneurs wanting to maintain a presence inside the European Union, but it’s notable that the second largest group of foreign digital residents are Germans, already in the EU but attracted by Estonia’s digitalised bureaucracy and lack of red tape.

Allowing companies to manage their businesses almost entirely online has meant disruption during the pandemic has been minimal. Simple accounting procedures and a streamlined digital bureaucracy have also freed up bosses to spend more time focusing on tasks that can add value to the business, such as pivoting to services in greater demand because of the crisis.

For many in Tallinn and elsewhere in Estonia, the most remarkable thing about the switch to remote working is how unremarkable it’s been. “Remote working itself hasn’t changed, but [the pandemic] has changed the chunk of society that is doing remote working,” Marcus concludes.

Domestic violence is a problem throughout the world, but it is particularly serious in the Middle East where, according to the World Health Organization, 37 per cent of married women in the east Mediterranean region, which encompasses most Arab states, have experienced physical or sexual violence by their partner or other family member.

As lockdowns and remote-working policies have been implemented to combat the coronavirus pandemic, increasing numbers of women have been put at risk. In March, the story of Jordanian domestic abuse victim Eman al-Khateeb went viral when she sent an online plea for help after nearly being killed by her brother during quarantine.

“We know that whenever there is [an unpredictable] political, social or economic situation, women and girls become more and more vulnerable,” says Suad Abu-Dayyeh, a Jordan-based women’s rights campaigner for Equality Now.

As offices close, couples and families are forced into constant close proximity, creating the sort of high-stress environment where abuse is more likely. And as women leave the home less often, there are fewer opportunities for abuse to be reported or discovered by friends and colleagues. Closures as a result of the pandemic have compounded the problem.

“Sometimes women will be beaten or psychologically affected, but they don’t have anywhere to go because courts are closed, civil society organisations can’t really work properly,” says Abu-Dayyeh.

With the adoption of remote working expected to continue beyond the pandemic, businesses transitioning to a remote-working culture have an important role to play in making sure moving away from the office doesn’t put staff members at risk. Abu-Dayyeh suggests companies should provide complimentary counselling sessions to employees, which would not only help support staff during a period of change, but also provide opportunities for domestic abuse to be discovered.

She would like to see larger companies use marketing channels and corporate social responsibility programmes to raise awareness of domestic abuse and use their resources to lobby governments for more robust protection for women and girls.

Managers of remote workers should also be trained to make sure they are aware of the signs of domestic abuse, as well as the measures that can be taken to report any potential problems. “We’re not just talking about the bruises that might be seen on a woman’s face,” says Abu-Dayyeh. “Violence against women has a broader definition. If a woman is talking over Zoom, [managers] have to pay attention to the way she talks and her body language.”

While nations around the world continue to adjust to the chaos caused by the pandemic, Vietnam has managed to avoid the worst of the disruption. A combination of swiftly implemented travel bans and rapid lockdowns has meant the official number of COVID-19 cases remains in the low hundreds, with a remarkable zero reported deaths. Although some businesses remain closed and health checks are commonplace, life for the majority of Vietnamese people has effectively returned to normal.

Yet despite the relatively minor impact of the pandemic, remote working is playing an increasingly significant role in Vietnam. In recent years the country’s booming economy and low cost of living have made it a magnet for nomadic expats, and has also led to the emergence of a small but growing class of Vietnamese professionals working remotely as freelancers for foreign companies, providing services such as computer programming, design and translation.

“I think Vietnamese people are quite accustomed to working remotely,” says Hao Tran, founder of Vietcetera, a media company headquartered in Ho Chi Minh City. “The monthly wages here are significantly lower than in the West. So Vietnamese people, who have skills that are relevant to being location independent, can actually earn a lot more money working remotely for clients overseas, or even companies in Vietnam, rather than getting a day-to-day office job in Vietnam.”

The appeal is not just financial. “Vietnamese people, especially if they’re single and below the age of 30, are living at home. So for them to be able to stay with family, which is a very important thing, and still be able to work remotely, is very compelling for a lot of people,” he says.

The increasing embrace of a remote-working culture by young tech-savvy Vietnamese professionals also hints at how the wider adoption of remote working might lead to the globalisation of white-collar jobs that have previously avoided being outsourced.

“In Vietnam there definitely will be more freelancers or at least outsourcing companies,” says Tran. “People who are getting these very expensive degrees in the West to work in engineering, for instance, their salaries will go down.”